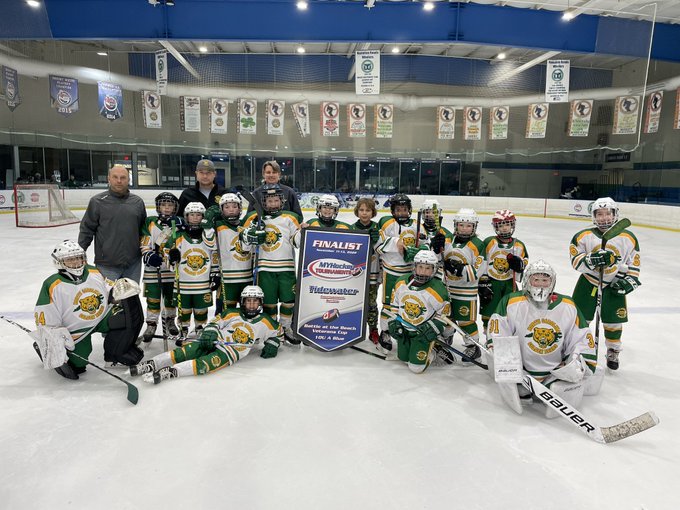 There are many reasons travel hockey teams choose to attend tournaments that are held in distant locations.

Some teams just want to play competitive hockey in a cool destination location. Others want to challenge themselves outside of their leagues against teams of similar levels in hopes of competing for a championship. There are coaches who want to see how their teams respond and perform when playing against higher-level teams, while a few teams may be having difficult seasons in challenging leagues and simply want to play against opponents they are better suited to compete against.

Then there are the coaches who just want to provide a great team-bonding experience that involves some travel, an overnight stay and opportunities for players and families to spend time together off the ice with some fun hockey mixed in for the kids. They want to create a memory that includes hockey instead of making success on the ice the focal point of the trip.

All of those are valid reasons to take a team to a tournament, and many coaches choose to schedule a tournament trip in hopes of accomplishing several of those goals. The reasons for competing often depend on the team’s age group and level of play along with the stated mission of the team or organization to which it belongs.

No matter what is behind a team’s reasoning for wanting to play in a particular tournament, given the money involved in terms of entry fees and travel expenses that will be incurred by the families, it’s important that a coach or team manager can be confident that the experience provided will meet the team’s needs and expectations. Usually, tournament registration costs are built into each team’s tuition and overall budget, so while the fees may be seen as something incurred by the parent club or organization once the season is underway, the truth is that the families fund the entry fees and also are responsible for their own travel costs.

It’s been well-documented that youth sports have become big business in our country, and with tournament fees that often approach or exceed $2,000 per team to go along with gas, tolls or airfare and several-hundred dollars of lodging and food expenses, even one weekend tournament trip can take quite a toll on a family’s budget. Multiply that by that by the two, three or even four weekend overnight trips that some teams schedule every year, and just like that a family’s hockey-related expenses for the season can double.

With that in mind, many coaches and managers feel a tremendous amount of pressure to make sure their teams’ tournament experiences are top-notch.

Just like in other youth sports, a large number of hockey tournament organizers are focused more on their own financial gains than providing the best-possible experience for the participants. That mentality often makes it difficult to figure out which events will provide the best experience for the money.

While other tournament organizers literally might be tossing team names in a hat and creating brackets, divisions and matchups that are lopsided with little or no concern about competitive balance or creating a rewarding overall experience for each participant, Lodin and his tournament directors spend hours poring over results and computer rankings to do whatever they can to ensure that every division within each age bracket is as evenly matched as possible.

Lodin, the Vice President of Hockey Operations and IT Director for MYHockey Tournaments, has been hands on in creating these tournament experiences for the last five years and has been in the tournament business for more than a decade. He also developed the algorithm that MYHockey Rankings uses to rank nearly 20,000 youth and amateur teams from all over North America annually.

Initially created nearly 20 years ago to help the youth team he coached find more evenly matched opponents to schedule, Lodin’s rankings first were provided privately to a few hundred teams in the Midwest. As word of the rankings spread and more people began asking to see them, the pressure built and eventually Lodin made them public.

The rest is history, and MHR has grown to become the most respected and complete source of youth and amateur hockey rankings in North America.

Inevitably, some coaches and organizations become rankings obsessed and strive to have their teams achieve the highest-possible national rankings each year, but that never has been their purpose. The intention of the rankings always has been to assist teams in scheduling games against evenly matched opponents in hopes of fostering player development and providing a better overall experience for North American youth hockey players.

The intersection of the rankings and the tournament business has allowed Lodin to create a positive experience for teams competing in MYHockey events all over the United States, and the results speak for themselves. This season, MYHockey Tournaments will host more than 3,000 teams in 20 different locations. They will have more than 800 teams competing across 16 cities during Martin Luther King Day Weekend alone.

Teams can compete in large events with more than 100 teams such as the MLK Weekend tournament in Salt Lake City or find a smaller tournament to escape the winter weather in locations such as Florida’s Tampa Bay area or Jacksonville. Events are held in big-city tourist destinations such as Washington, D.C, Philadelphia, Chicago and Los Angeles as well as more remote hockey hotbeds like Holland, Mich., and Appleton, Wisc. Tournaments also are offered in more non-traditional hockey markets such as Charleston, S.C., Hampton Roads, Va., and Charlotte, N.C.

There truly is something for everyone, which combined with Lodin’s attention to detail and scheduling approach has created a loyal customer base. Some teams register for MyHockey Tournaments well in advance and plan on attending the same events every year, while others rotate locations during the same season or from year to year in hopes of providing a variety of on- and off-ice experiences for their players and families.

“My goal basically is to do our best to make sure we are placing teams in as competitive of a playing situation as possible and to not have teams misplaced in hopes of maximizing their experience the best we can,” Lodin said. “Of course, it is a business, and we are not perfect, but we do work hard to really improve the experience that our teams have, and because of that effort there are a lot of teams that are very loyal to us. They recognize what we do and know what we put into it, so it’s really rewarding that so many of them continue to return to us.”

While Lodin understands the optics of hosting many large tournaments and accommodating thousands of teams every year, he doesn’t shy away from mentioning that MYHockey Tournaments is a business. Although it is separate from MYHockey Rankings, the two often are linked together and have an established brand and accompanying brand standards that are important to maintain.

People always will point to larger events featuring hundreds of teams as evidence that hockey tournaments in general are money-driven enterprises, but Lodin and his tournament directors approach every tournament with the same amount of care and attention to detail in hopes of providing an experience that makes teams want to come back regardless of the event’s size. In fact, he says that having more teams registered allows him and his staff to create better, more competitive divisions in the larger tournaments.

“We check a team’s game scores and look at their computer rankings so that we can place them where they belong,” Lodin said. “In places like Philadelphia and D.C. where there are so many teams to choose from, we have a very good chance of creating very even and competitive divisions. It’s way easier to do that in a 100-team tournament than it is when there are 25 teams.”

One of MYHockey’s tournament directors who previously had spent time as a rink manager recently asked Lodin if he thought other tournament organizers went to the same lengths and spent as much time as the MYHockey crew does to ensure high-quality events.

“Honestly, I think the answer is almost exclusively no,” Lodin replied. “I don’t believe that most people spend the amount of time building their tournaments that we do. When it comes to our tournaments there are a couple things I believe. First, because of who we are, this is something that we should be doing, and second, since we are doing it, we should be doing it with the goal of improving everyone’s experience in youth hockey.”

MYHockey Tournaments offers opportunities for co-ed youth teams at the AA, A and B levels ages 9U through 18U to play in competitive environments all over the United States. Tournaments begin in early October and run into May.

CLICK HERE for the venues, dates and registration info.

“We aren’t perfect, but I know the effort that we put in, and we generally do a very good job of providing a good hockey experience for our teams,” Lodin said in closing. “I’m really proud of that part of it.”

Most of these events are full, but there still are some openings for general and specific teams in a few locations.

Teams in specific age groups and divisions still are needed for the following MLK tournamets: