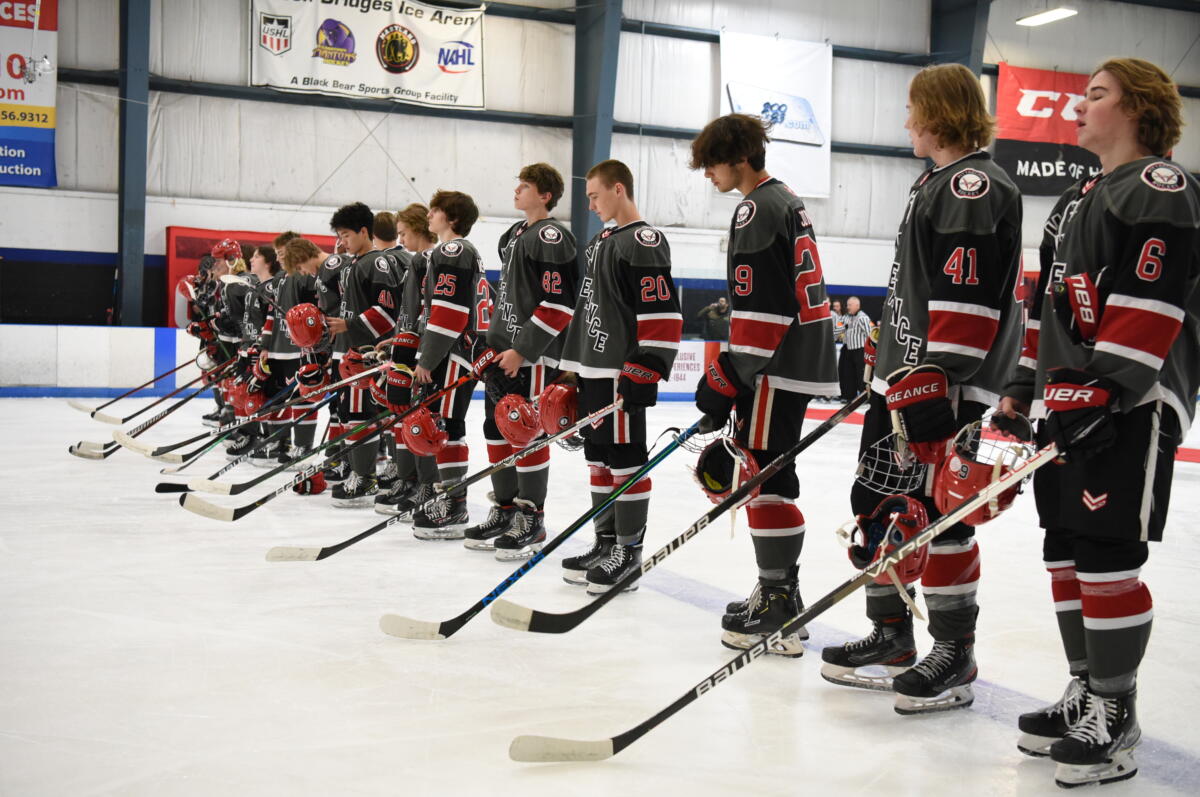 Week 7 MHR Games of the Week

We head to the Chicgo area and one of the nation's biggest youth tournaments for all four of our Week 7 Games of the Week. The CCM World Invite features more than 500 teams, more than 10,000 players and more than 1,200 games played in various Illinois ice rinks.

Steel City opened play Friday at the CCM World Invite by posting a pair of victories, while the Bruins went 1-1. That improves the Renegades' record to 21-2-4, and they had outscored their opponents through 26 games by a margin of 108-44. The Bruins enter today's matchup at 14-4-1 and having outscored their opponents, 68-27. Steel City is in the midst of a seven-game winning streak that dates to a 5-1 loss to New Trier Hight School of Illinois Oct. 16. The Renegades have victories against the Nos. 2, 13, 18, 34, 35, 36, 42 and 47 teams thus far. Chicago dropped a 5-2 decision against the Tier 1 Indy Jr. Fuel Friday before knocking off the No. 76 Golden State Eagles. The Bruins are 10-1 in their last 11 outings since a 3-2 overtime loss to the top-ranked Chicago Hawks Sept. 18. They bounced back to beat the Hawks, 2-1, Oct. 23. Their victories include wins over the Nos. 1, 27 and 34 teams in the nation.

Pens Elite has opened play in Illinois with a pair of ties against No. 10 Little Caesars and the No. 17 Northeast Wisconsin Jr. Gamblers, setting up Saturday's important matchup. Meanwhile, the Jr. kings have gone 1-1 with a win over the No. 16 Windy City Storm and a loss to the sixth-ranked Chicago Fury. That leaves Pens Elite with a record of 12-3-7. They had oustcored their opponents, 97-55, through 21 contests. Los Angeles is 18-4-1 and holds a 158-55 scoring advantage over its opponents. The Kings have won their last four games by a combined score of 33-5 and have won seven straight overall dating to a 7-4 loss to the second-ranked Minuteman Flames Oct. 17. The day before that they suffered a 4-3 overtime loss to the No. 3 Boston Jr. Eagles and dropped a 5-4 shootout decision agianst the No. 14 South Shore Kings. The Kings have victories over the Nos. 1, 8, 12, 13 and 21 teams. Pens Elite is unbeaten in its last 11 outings, including five ties. They have beaten the Nos. 1, 6, 9, 10 and 18 teams and tied Nos. 2, 15 and 16.

The Penguins went 0-1-1 Friday, skating to a tie against the No. 30 California Wave and falling to the 21st-ranked Naperville Sabres. The loss was only their fourth of the year as Dallas fell to 20-4-1. They have outscored their opponents, 134-47. Allegheny beat Naperville, 6-0, before dropping a 5-0 decision to the Wave. That leaves the Badgers at 15-5-3 and holding a 83-53 scoring advantage in all games. They are 5-3-2 in their past 10 games, with two of those losses coming against Tier 1 teams. Allegheny also beat Tier 1 Belle Tire, 5-1, in that stretch. The Penguins are 5-4-1 in their last 10 contests, a span that included wins against the Tier 1 Ohio Blue Mens Down Jackets and New Jersey Devils and losses to Tier 1 Honeybaked and Biggby Coffee.

This is a matchup of a pair of 2-0 teams at the CCM World Invite, as both the Storm and Blues opened play Firday with two victories. Windy City beat MassConn United and the Colorado Thunderbirds, while the Blues handled MassConn and the Madison Capitols. The victories improved Windy City to 20-11-5 on the year, while St. Louis is now 22-12-0. The Storm has outscored its opponents, 115-85, and the Blues hold a 140-99 scoring advantage. These two teams met Oct. 3, with the Blues skating to a 5-4 victory. St. Louis also earned a 5-4 win against the Storm Aug. 27, but Windy City bounced back to take a 3-2 win Oct. 2. The Storm have won three straight, but prior to that faced a very difficult stretch that included games against No. 11 Philadelphia Hockey Club, the No. 7 Boston Jr. Terriers, the No. 22 Long Island Gulls, No. 2 xHockey Academy and the No. 15 Chicago Mission. They went 1-2-3 in that stretch. The Blues also have won three straight coming off a difficult stretch of games against the Nos. 3, 12 and 20 teams that saw them go 0-3. They had won eight staight prior to those three setbacks.