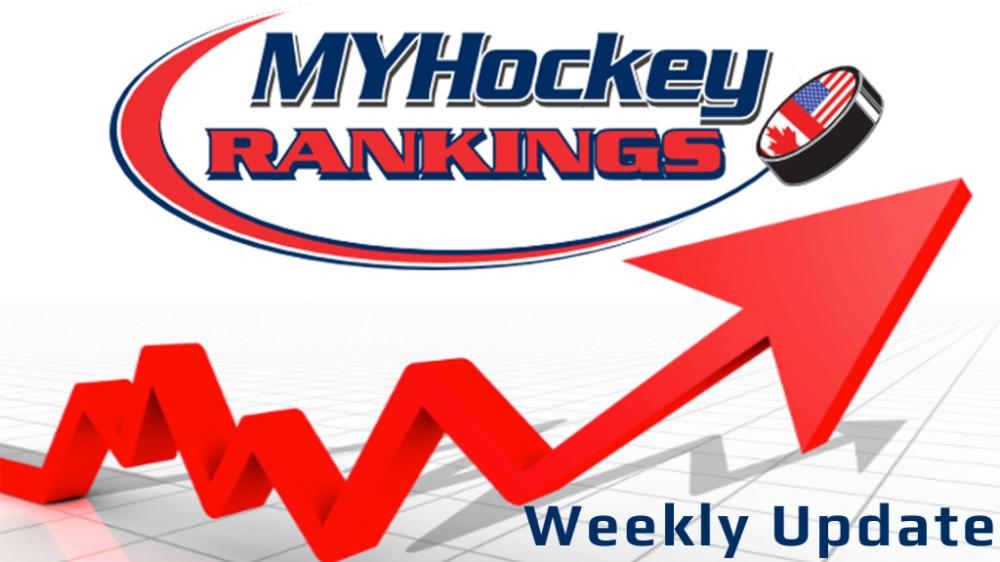 September 29, 2021
We've released our 2021-22 Week #1 Rankings. It includes USA boys Squirt Minor 2012 (9U) thru Midget Major 18U and Girls 14U thru 19U. The remainder of the rankings (Girls 12U, Junior, College, Canadian) remain a work in progress and will be released when enough teams have reached a five game minimum.

We have a five (5) game minimum requirement to be ranked, so most teams simply do not qualify as of today. If your team has played five (5) games but is not ranked because not all of the game scores have been recorded in MHR, we strongly encourage you to submit your game scores. We will be updating every Wednesday morning into April. As additional rankings categories reach a level of maturity with enough teams having met the five game minimum, we will release new ranking categories in the coming weeks.

Please remember its early. That means two things. Firstly, the rankings are less than perfectly accurate. Secondly, your team has plenty of time to improve it's ranking and, as the saying goes, it's not where you start, but where you finish that matters.  Enjoy and please report those missing scores!