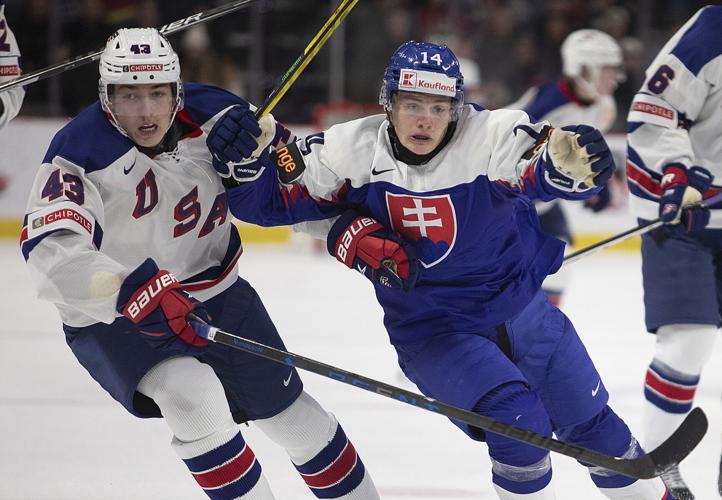 We often like to compare styles of play within a hockey league from division to division or conference to conference as a long season unfolds. In short-tournament formats, however, it’s rare that a definitive difference in style of play presents itself over the course of just a few games with a small number of teams competing.

That doesn’t appear to be the case at this year’s International Ice Hockey Federation World Junior Championship, however, as we prepare for the tournament’s annual New Year’s Eve “Rivalry Day.” The differing style of play from one pool to the other also has created the most congested race for the top WJC playoff seeds in recent memory.

Group A features the high-flying Czechs and Canadians along with the first-place Swedes, and each of those teams has scored at least 15 goals. Ironically, Canada, which sits in third place with six standings points behind Sweden (8) and Czechia (7), leads the way in Group A with 24 goals scored. It’s pretty evident that the Canadians wanted to make a statement after opening the tournament with an upset loss to the up-and-coming Czechs.

Meanwhile, over in Group B, which includes a top-three of Finland, Slovakia and the United States, no team has scored more than 13 goals. Again, the third-place team leads the way as the US. has tallied 13 times while allowing nine goals. After a stunning loss to the Slovaks, the Americans rallied in a must-win situation to beat Switzerland, which had opened the tourney with an upset overtime victory against first-place Finland.

No team in Group B has scored more than 13 goals, nor has any of them allowed more than nine. The top team in the group has a goal differential of plus-five, while the next three are at plus-three, plus-four and minus-two, respectively.

Finland, Slovakia, the U.S. and Switzerland each has won two games, but the Finns sit atop the Group B standings with seven points because their lone setback came in overtime against Switzerland. Slovakia and the United States each have won two games and suffered a regulation loss, but the Slovaks beat the Americans head-to-head and hold that tiebreaker. Both of Switzerland’s victories have needed extra time, so despite having the same number of wins as the top three, the Swiss sit in fourth.

Latvia has one overtime loss and one standings point and is in last place in Group B despite allowing just 14 goals.

Over in Group A, Germany and Austria are fourth and fifth in the standings, respectively, with the Germans having surrendered 14 goals and owning the tiebreaker over the Austrians thanks to their 4-2 victory in that matchup. While last-place Austria has been outscored, 35-2, the Germans have proven to be a threat to the top clubs in Group A with their 1-0 loss to Sweden.

What does this all mean?

Well, it’s not as confusing as it probably sounds. It does make Saturday’s rivalry games, which always are important because of national pride, even more crucial since they are the final games of the preliminary round and the standings are so tight

The one thing that has been decided is that Latvia and Austria, who have played all four of their opening-round games, are set to face off in a best-of-three series to determine which team will return to the WJC next year and which will be relegated to a lower division. Because of COVID-related schedule changes and postponements, no team was relegated last year.

The top-four finishers in each group advance to the quarterfinals, which leaves the Latvians and Austrians on the outside looking in. Their series begins Monday after all of the teams take a break on New Year’s Day.

On the surface, since all eight quarterfinal teams have been determined, today’s matchups may not seem as important as they might be, but that’s simply not the case. Despite the closeness of the standings, nobody in Group A wants to draw the United States in the quarterfinals, and the Group B teams obviously want to avoid Canada. The first-place team in each pool plays the fourth-place team from the opposite pool in the quarters, with the third- and fourth-place teams from opposite groups also matching up.

Many times, “Rivalry Day” at the WJC has given us epic matchups between the U.S. and Canada with a top seed on the line or games featuring one of those nations taking on Russia. With Russia being disqualified from this year’s tournament and the North Americans in opposite groups, the IIHF has decided to pit the two highest-ranked teams in the world from each group against each other on the final day of 2022.

That means the United States faces Finland at 4 p.m. Eastern Time, while Canada takes on Sweden at 6:30. Both of those games, as well as the other contests between Switzerland and Slovakia at 11 a.m. and Czechia vs. Germany at 2:30 p.m., can be seen live on NHL Network (U.S.), TSN and RDS (Canada).

Over in Group A, the scenarios aren’t much easier to follow. Canada can win the group with a regulation victory against Sweden and a Czechia loss of any kind. Czechia would place first with a regulation victory and a loss of any kind by Sweden. Germany can finish no higher than fourth. Sweden can’t finish lower than third in Group A  Canada and Czechia also can finish anywhere between first and third.

The only way to really figure this all out is to sit back, relax and enjoy some great holiday hockey action. And guess what, the games should even get better in 2023.