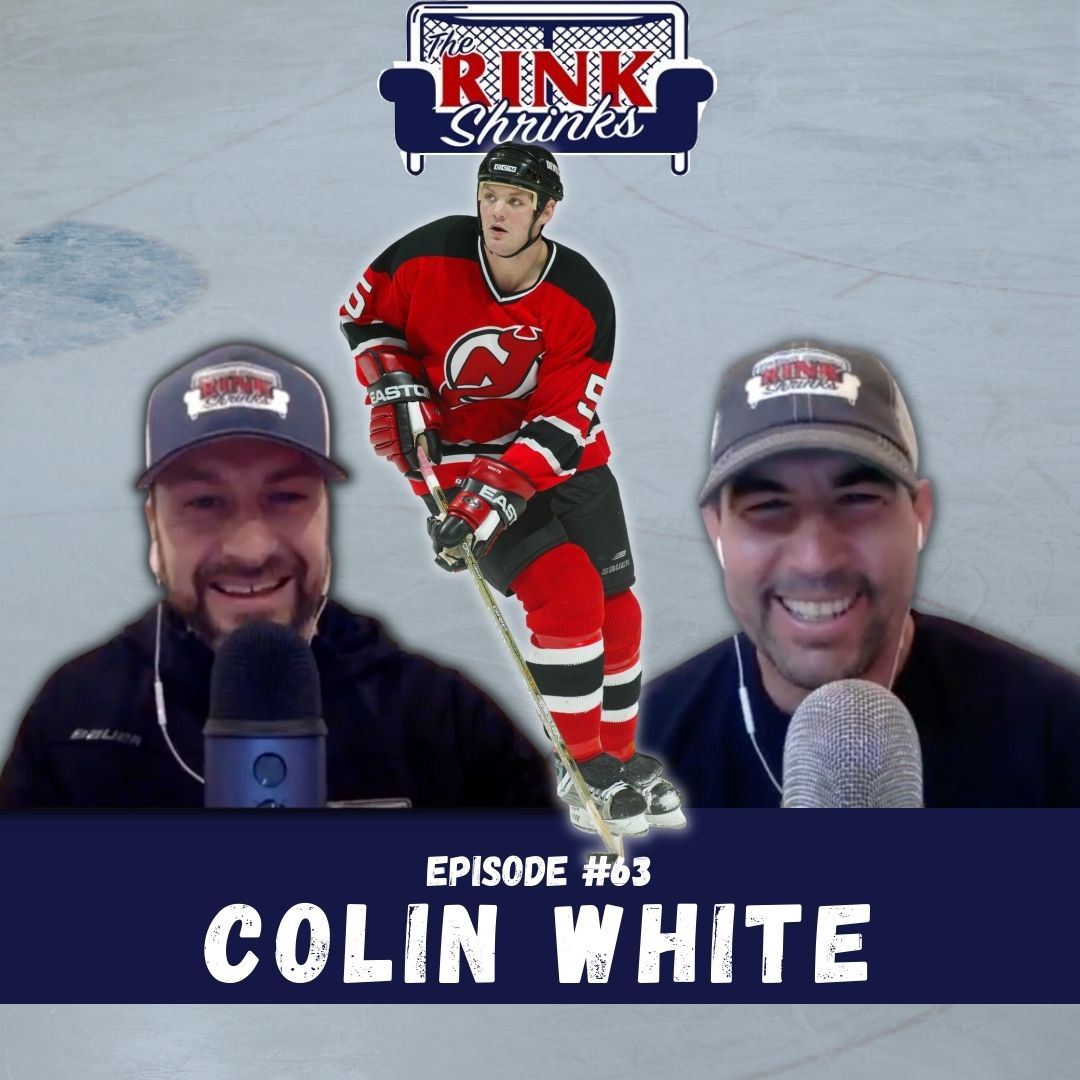 Last week The Shrinks are joined by former New Jersey Devil and 2x Stanley Cup Champion, Colin White. BY and Motts discuss The Frozen Four, some silly trivia of The Hobey Baker Award, players taking ownership of their personal development and then sit down with Colin.

After falling in love with the game early on, White was faced with the adversity of not having the funds to play as a peewee, but a few coaches in his town stepped up and enabled him to play. He shared how his coach who believed in him provided his family with what it took to keep him a part of the hockey community and how important that was in motivating him to make it to the NHL. After winning the Stanley Cup, he was proud to bring it back to visit with these coaches.

White’s love of the game stems from the value he places on teamwork. He shares his view on how the game has changed over time, “hockey isn't rocket science. Don’t overthink it” and “unfortunately you still see the kids trying to go end to end. You have to use each other and learn the game.”

Drafted by the New Jersey Devils at 18, Colin looks back and laughs about his first time he went to New Jersey for a team workout extremely out of shape. He shares his coach that believed in him and helped him train in order to earn his spot. “When a coach believes in you, you try to make them as happy as possible.” He also shares his experience with Motts as a d-partner saying that “communication was a big thing with us.”

Working with the New Jersey Devils, he detailed how outstanding a leader Lou Lamoriello truly is. “He was another father figure to me, he was a big big role in my life, I had him from 18 to 34.”

Main takeaway from White: Be the best you can be. “You want to be the guy your teammates can count on. What you put in is what you're going to get out of it.”

The Shrinks end off episode 63 with the My Hockey Rankings question of the week coming from a coach who is is ready to quit because of parents:

“Any tips for dealing with crazy parents who weigh you down through the year?”