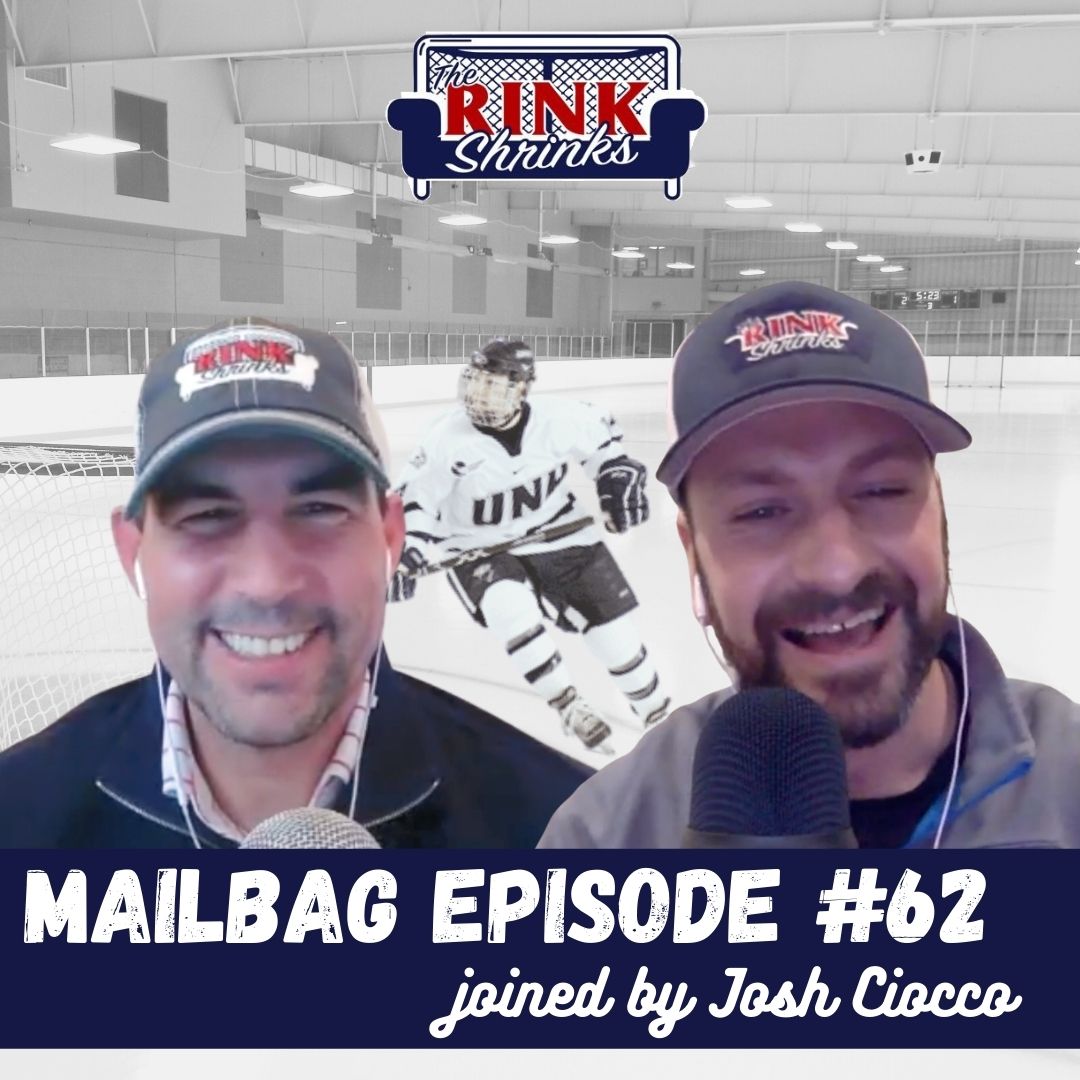 On episode 62 of The Rink Shrinks, BY and Motts are joined by Merrimack Assistant Coach, Josh Ciocco, for a mailbag episode.

As a former teammate of BY’s for three years at UNH, Josh gives us the inside scoop on how BY led the team as a captain.

The mailbag episode melds both questions from current youth hockey parents with college recruiting questions to help developing players understand the road ahead.

In light of the recent move to give Under-18 refs green arm bands, The Shrinks and Josh share their opinions on behavior towards the refs. According to Josh Ciocco, “the best way to approach a ref is to talk to him before the period starts.”

Tryout season is a crazy time where teams often hold tryouts at the same time, so Coach Ciocco shares how to approach tryout season. “Get into the mix and introduce yourself. If you go out there and give them a look, they will make room for you if you are good enough.”

Every player dreams of playing at the highest level, so Josh walks us through the recruitment process of a D1 program. He mentions how academics play a role,”if you’re a better student you have more options”, as well as where they look to recruit from, the transfer portal process, and much more.

The Shrinks end off episode 62 with the MyHockey Rankings question of the week. This week we learn how to break the news to your kid after making the lower leveled team.