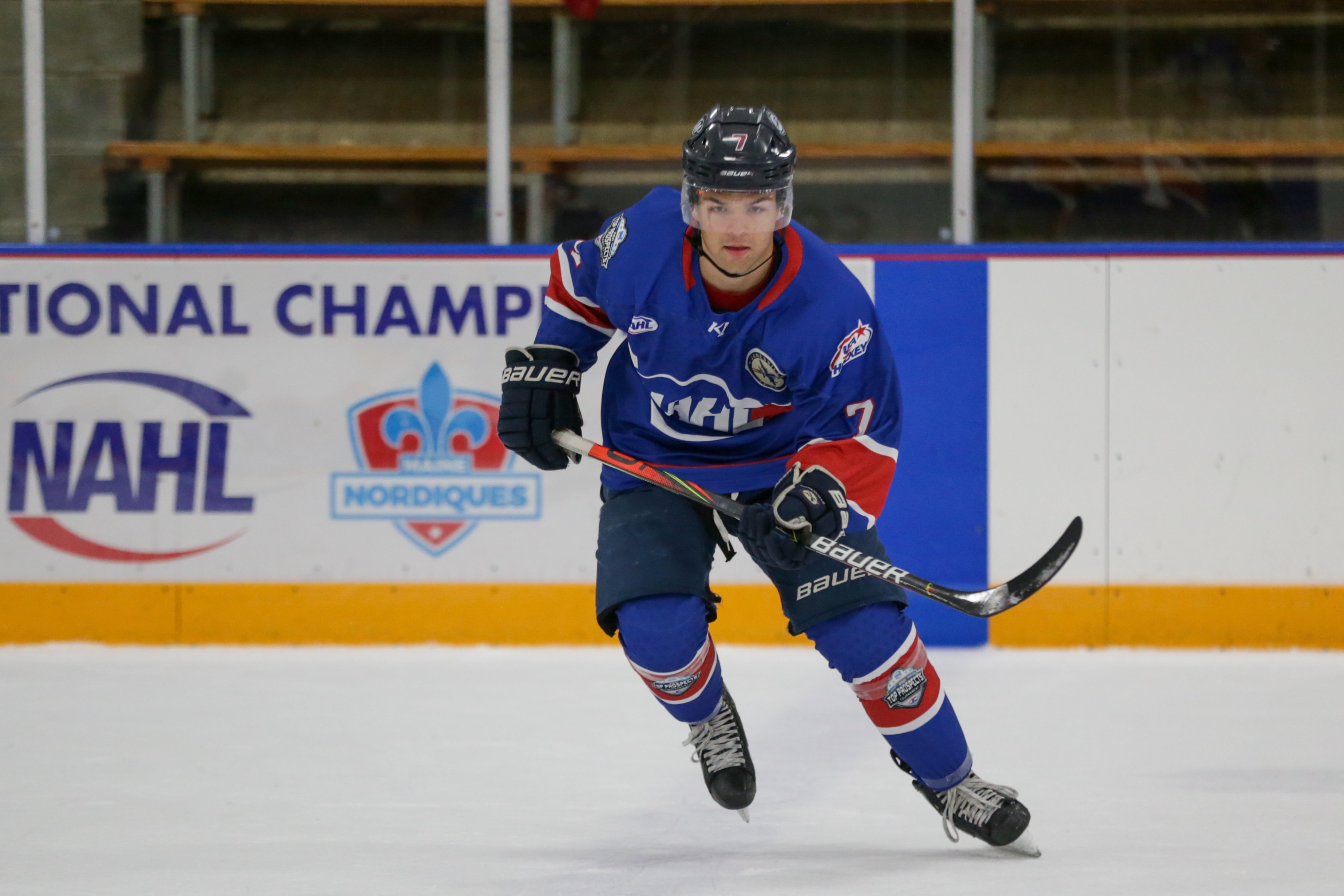 Working hard while mixing in a little creativity from beginning to end, the North American Hockey League successfully navigated an uncertain 2020-21 season.

A year after not being able to host a championship, it was with a sense of pride that the NAHL arrived at the end of its Robertson Cup Playoffs, this time with an added twist. Along with crowning the Shreveport Mudbugs as champions in Blaine, Minn., on June 22, the NAHL conducted a variation of its Prospects Tournament, which is usually a midseason recruiting highlight.

“Going back to the beginning and watching our owners reacting and trying to find ways to keep the league going, we’ve got a lot of owners in our league who are entrepreneurs and builders and creators," NAHL Commissioner Mark Franfenfeld said. "Those types of people are the ones who find a way. They were getting through this with patience and the perseverance. The ability and the desire to find a way was really refreshing.”

Plans were made, scrapped and revised whenver necessary as the league dealt with changing times and unforeseen challenges. Frankenfeld said the respect he already had for the owners grew with what he witnessed.

“Just watching their desire to find a way, watching these folks play games without fans,” he said, “New Mexico didn’t play a home game. Other teams played some games on the road, playing in pods up in the Dakotas and just finding a way for the players to stay on the ice.”

Frankenfeld compared it to the way the league has grown and navigated the changing landscape of United States juior hockey during the 2000s.

“We were just kind of wading through those waters and finding a way,” he said.

The Top Prospects Tournament was one example.

“We did a lot of scheduling and rescheduling,” Frankenfeld said. “We probably looked at 20 different variations and templates. The [September NAHL] Showcase didn’t happen, and that was a disappointment. It’s one of our marquee events and it’s so important for our players, but with the NCAA blackout on recruiting and other timing, we just couldn’t do the Showcase. The owners felt they owed it to the players to do the Top Prospects.”

“We had a lot of commitments,” he added. “We set another single-season record this past season, which included a record number of Division I commitments. We felt we owed it to the players who could get that extra value out of it to have it at the Robertson Cup. Our goal is to make sure that we continue to do our job of developing these players and make sure that when it’s time for them to be seen or time for them to move on to the NCAA, they’re ready.”

The NAHL Showcase plays a large role in that success, with dozens of players each season earning a NCAA Division I offers during and following their participation in the event. The event returns this week after a hiatus in 2020.

Dubbed "The Greatest Show on Ice," the Showcase provides for interdivisional play since all of the league’s teams are together in one locatin. The event also includes divisions for younger leagues. It is a staple of the opening-month schedule for the league and a highlight of the recruiting season for colleges.

“They’ve retained some really good coaches in the league that are respected, and their word carries weight,” said Michigan Tech head coach Joe Shawhan, who had a successful run coaching the Soo Indians that saw him move on after setting the NAHL career record for wins by a head coach. “They’ve really found their niche in a couple of areas, including their events.”

Shawhan had 10 former NAHL players on the roster of his 2020 team, which won 21 games, seventh best in the country. He said the presence of some experienced players that don’t fit into the United States Hockey League's overage parameters have helped raise the overall level of play in the NAHL, allowing college coaches a better opportunity to assess the abilities of the league's players.

“It gives you a really good way of comparison,” Shawhan said, “and it gives late-bloomers another means of further development. They can really show the players they are.”

Over the years, the NAHL's expansion has taken the product into more areas of the country, which likely is another reason NAHL players are committing to more college programs. In 2021-22 a record 29 teams will compete, including clubs in new markets such as Anchorage, Alska, and El Paso, Texas.

“They’ve done a good job from an exposure standpoint,” said St. Lawrence University head coach Brent Brekke, who began his coaching career in the NAHL with the Chicago Freeze. “They run the big showcase in Blaine with all the different levels of hockey and teams from all regions of the country.

“They’ve expanded the footprint of the league, which I think is important. It gives an opportunity for colleges located all over the country to see their players. And, they do a real good job with their archived video.”