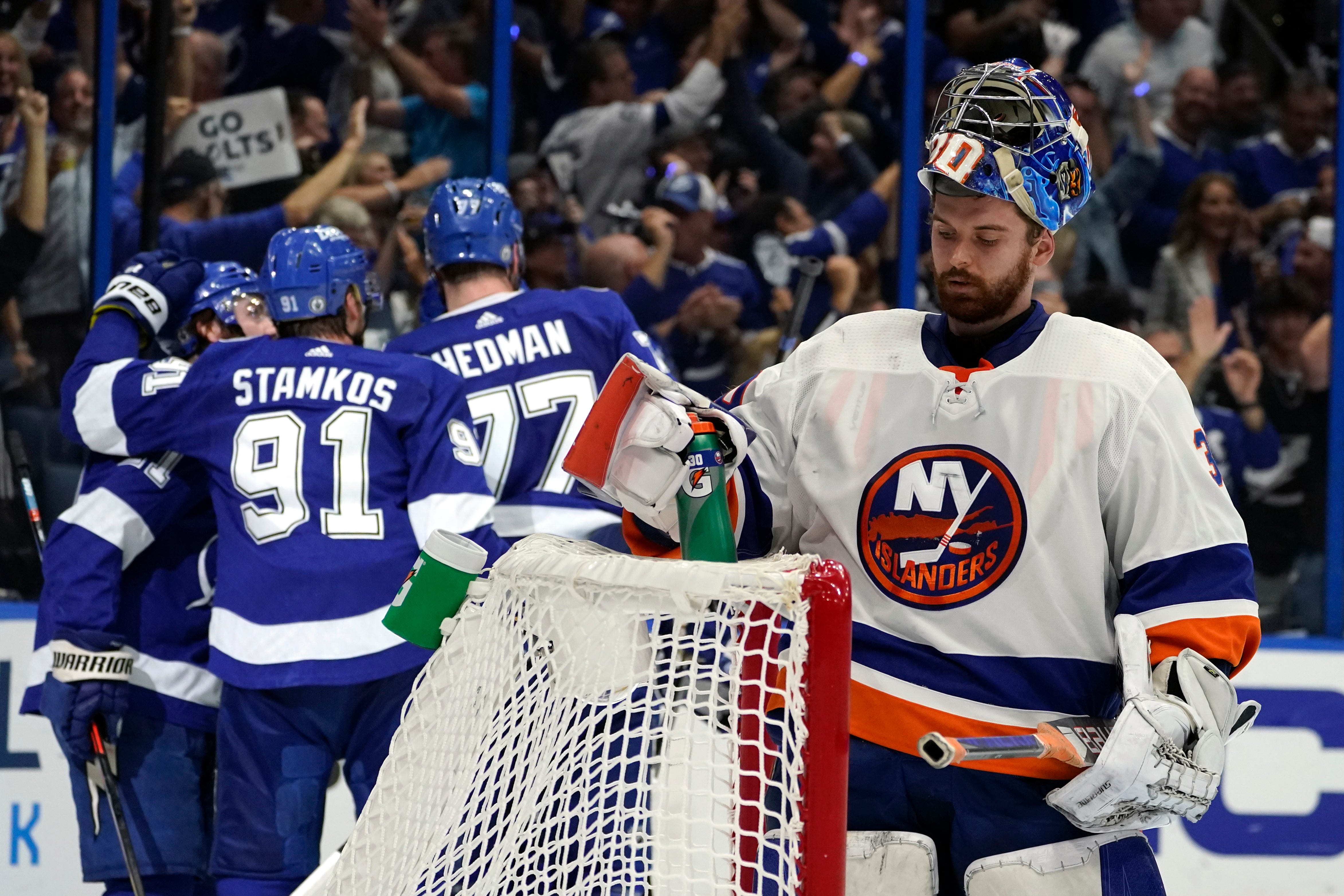 In the third edition of our MyHockey Rankings Teachable Moment series we take a look at what caused the New York Islanders to surrender one scoring chance after another and ultimately suffer a shocking 8-0 loss against the Tampa Bay Lighting in Game 5 of their NHL Stanley Cup Playoff semifinal series.

Please don't forget to subscribe to our YouTube channel as we plan on providing these types of video lessons for hockey players of all levels, breaking down situations that frequently arise during games and often are handled improperly. This will allow players to view the situations over and over from a different perspective, which hopefully will transfer onto the ice and allow for quicker, smarter and more seamless decision-making under pressure during game play.

Maybe the importance of Game 5 and the realization that any mistake against the high-flying, ultra-talented Lightning could lead to a series-changing goal in what had to that point been a very closely contested, hard-fought and low scoring series affected how the Islanders approached the game. It may have been subconscious and something that the players were not even aware of, but it just seemed like the usually aggressive Long Islanders played with some hesitancy because perhaps they were afraid to make a critical mistake against such a talented team.

New York generally is one of the top defensive teams in the NHL. Of course, part of that comes from playing in a defensive-minded system for a defensive-minded coach who demands that his players play a physical, tight-checking 200-foot brand of hockey. Having strong goaltending doesn't hurt, but the Islanders really excel at playing a strong puck-possession game that allows their offense to be their best defense. They often will possess the puck for extended periods in the offensive zone, not even looking to score but instead trying to wear their opponent down and generate scoring chances late in shifts or later in games as players get tired. Of course, the less your opponent has the puck the fewer scoring opportunities they are likely to create.

The Islanders combine stellar puck possession with a physical and hard forecheck, getting sticks in passing lanes and clogging up transition opportunities through the neutral zone, back checking hard and being disciplined in the defensive zone. Those team characteristics – along with their aggressiveness and high-pressure tactics – allow them to regain possession of the puck frequently after they lose it and then their offensive-zone play limits the opposition's opportunities.

In the blowout loss, however, New York seemed to be on its heels most of the game and a fraction of a second slow in terms of making the decisions that need to be made to execute the game plan that Barry Trotz prefers to implement. Possibly fearing making big mistakes that would lead to scoring chances for the Lightning, the Islanders lacked their usual aggressiveness, which left them vulnerable against Tampa Bay's speed and skill. Ultimately, playing it safe provided the Lighting with opportunities they weren't used to generating against New York and allowed them to use their talent to fly past a flat-footed team and create one scoring opportunity after another.

In Teachable Moments No. 3, MyHockey Rankings takes a look at four situations that led to goals or quality scoring chances for the Lightning in the first period alone because of the Islanders’ approach.

Check out or lesson here: