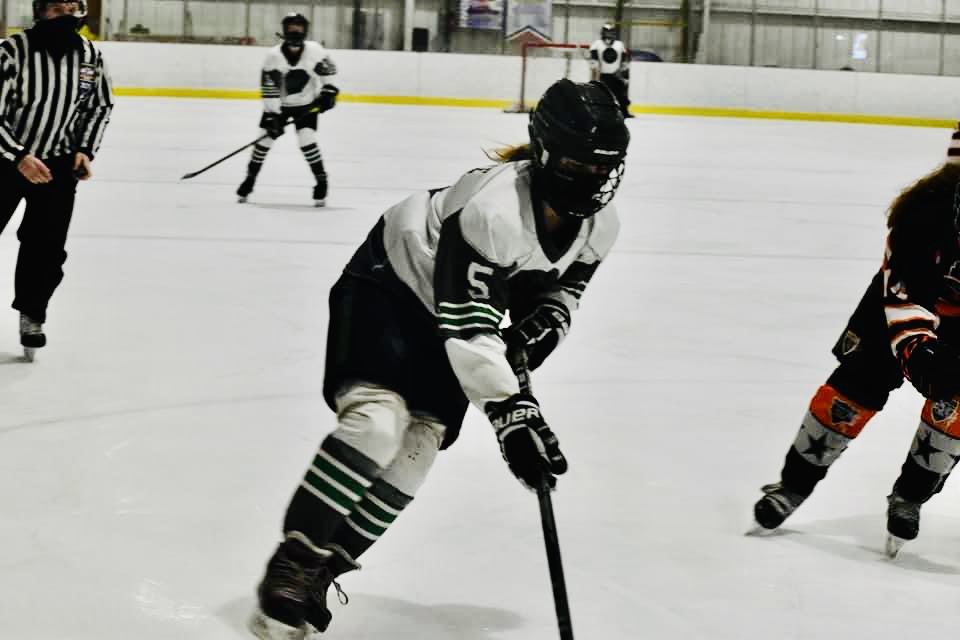 Week 23 MHR Games of the Week

Welcome to the month of bonus hockey!

With USA Hockey Nationals getting pushed back until late April, many youth hockey organizations are taking advantage by scheduling more games and hosting more tournaments in March. This is great news, especially for all the kids who had their seasons delayed and/or suspended for extended periods of time this year.

When all is said and done, thousands of kids will have had hockey seasons under the most difficult of circumstances in 2020-21. Kudos to all the volunteers, coaches and administrators who have shown the patience, put in the extra work and embraced the creativity necessary to make this happen.

As we take a look at Week 23 of the youth hockey season, we also have more good news to report from Canada thanks to the BCHL’s announcement that the league’s Board of Governors approved a 2021 season. In adhering to British Columbia Provisional COVID-19 guidelines, the league will operate in a “pod” model in which three or four teams will play each other in five different locations across the province.

“After months and months of hard work behind the scenes by the league’s Return-to-Play Task Force, we are pleased to make the announcement today that the BCHL will be back on the ice to play the 2020-21 season,” said BCHL Commissioner Chris Hebb. “This entire process has always been about our players and giving them the best chance to get back to playing games and showcasing their skills, and we have accomplished that today.”

We realize that none of this means that every kid in North America has been able to play games or have a season, and that is tremendously disappointing. But hopefully almost everybody who wanted to play has had a chance to skate, practice and spend time with their teammates – all opportunities that are to be cherished and are so necessary during these unprecedented times.

The light at the end of the tunnel appears to be a little brighter, and as someone said recently, “It looks like It’s not an oncoming train.” Try to find the joy in every opportunity you get and know that things will be back at least close to normal before you know it.

For Week 23, we turn to the USA Tier 1 Boys Eastern Exposure Hockey Group Columbus Invite, which features many of the nation’s top 2006 and 2007 teams competing in Ohio. Our LiveBarn Featured Game of the Week has the fifth- and sixth-ranked 2007 teams facing off, while we also have a great 2007 matchup between a pair of top-16 clubs.

Our other two Games of the Week are USA Tier 2 girls’ matchups as a pair of New York top-20 16U teams square off in the Empire State and the No. 2 and No. 8 14U teams meet in a New York-Connecticut showdown.

Mid-Fairfield opened the Columbus Invite with a 4-1 loss to the No. 3 Chicago Mission Friday, just a few weeks after knocking off the Mission, 2-1. They have dropped three straight games since that victory, but those setbacks have come against the nation’s Nos. 1, 3 and 4 clubs. Since Feb. 20 the Jr. Rangers have played nine games against teams ranked among the top five, with the other contest coming against the No. 12 Rochester Americans. They have gone 1-7-2 in those 10 contests to see their record drop to 30-15-3 after they opened the season by going 28-7-1. They still entered the weekend having outscored their opponents, 183-104 overall, and have played the nation’s fourth-toughest schedule. These two teams met Feb. 26 and skated to a 3-all tie. Little Caesars entered the weekend with a 26-13-6 record and opened play in the tournament by beating the No. 11 Long Island Gulls, 8-6, and tying the No. 13 New Jersey Rockets, 2-2, Friday before falling to the Mission, 7-0, early Saturday. LC is 6-1-2 in its last nine outings after a four-game winless streak that saw them go 0-3-1 with losses to the Nos. 1, 3 and 4 teams and the tie against Mid-Fairfield. Little Caesars has played 18 games against teams currently ranked among the top 10 and has played the sixth-toughest schedule in the country.

The Jr. Blues and Ice Dogs meet for the second time this season, with Anaheim having skated to a 4-1 victory Oct. 30. St. Louis entered the weekend at 30-13-2 and having won four straight games, including victories over the No. 7 Los Angeles Jr. Kings (3-1) and the eighth-ranked Chicago Mission (4-1). Prior to the four-game winning streak the Blues dropped one-goal decisions to the No. 4 Northeast Wisconsin Jr. Gamblers and No. 20 Chicago Fury. St. Louis is 8-3 in its last 11 outings and has played the sixth-toughest schedule in the nation. Anaheim was 21-7-1 heading into this weekend’s tournament and opened play with wins over No. 21 Victory Honda and Team Alaska to run their winning streak to seven games. The Ice Dogs have won 11 of their last 12, with the lone loss coming against the seventh-ranked Chicago Mission by a 3-2 margin. Anaheim has outscored its opponents, 138-79.

It’s a battle of top 20 Tier 2 girls’ clubs in upstate New York Sunday as a pair of teams that got very late starts on their seasons because of COVID-19 restrictions take the ice at the Malone Civic Center. Adirondack wasn’t able to start its season until Feb. 6 but has posted an impressive 14-1-2 record over the past month while playing four games during several weekends. They initially were scheduled to take on the No. 7 Adirondack Northstars this weekend, but the Northstars were unable to play. The 46ers lone setback was a 2-0 decision against the Troy-Albany Ice Cats Feb. 21, a team they rebounded to beat 8-0 later that same day. Ironically, their ties came against the Northstars, who they were supposed to play Sunday, and the Eagles/Bobcats, the team they are actually playing on Feb. 27 and 28. Adirondack has won its last three contests by a combined score of 18-0 to bring its season shutout total to 10. The 46ers, who have outscored their opponents 72-16 on the season, beat the No. 10 Steel City Selects, 2-1, Feb. 15. The Eagles/Bobcats opened their season with a 2-1 loss to the York Lady Devils Oct. 18 then had to wait almost four months for their next game, a 4-4 tie against the No. 7 Northstars Feb. 6. They also dropped a 6-4 decision against the Northstars that day. Overall, they are 4-5-5 and have outscored their foes, 36-30. The Eagles/Bobcats are 3-2-2 in their last seven outings.

An interstate battle between New York and Connecticut powers is on tap Sunday at Northford Ice Pavilion. The Stars bring an impressive 32-5-1 record into the weekend and have won 28 of their past 29 contests after a 4-4-1 start. The only blemish during those 29 games was a 3-1 loss to Tier 1 Newark Ironbound Elite March 6. Mid-Fairfield bounced back from that loss to knock off the 21st-ranked Tier 1 New Jersey Colonials, 5-2, the next day. All five of the Stars’ losses have come against Tier 1 clubs. Mid-Fairfield has recorded six shutouts for the season while outscoring its opponents, 166-38. They have allowed more than two goals just four times. Rome brings a 34-18-5 record into the weekend and has scored an astounding 228 goals while allowing just 78. The Grizzlies dropped their last four outings, all against top-10 Tier 1 teams. Three of those setbacks came vs. top-10 Tier 1 clubs. Prior to the losing skid, Rome had won its previous four contests by a combined 45-1 margin. The Grizzlies have allowed one or no goals 35 times and own two victories and two ties vs. Tier 1 opponents.