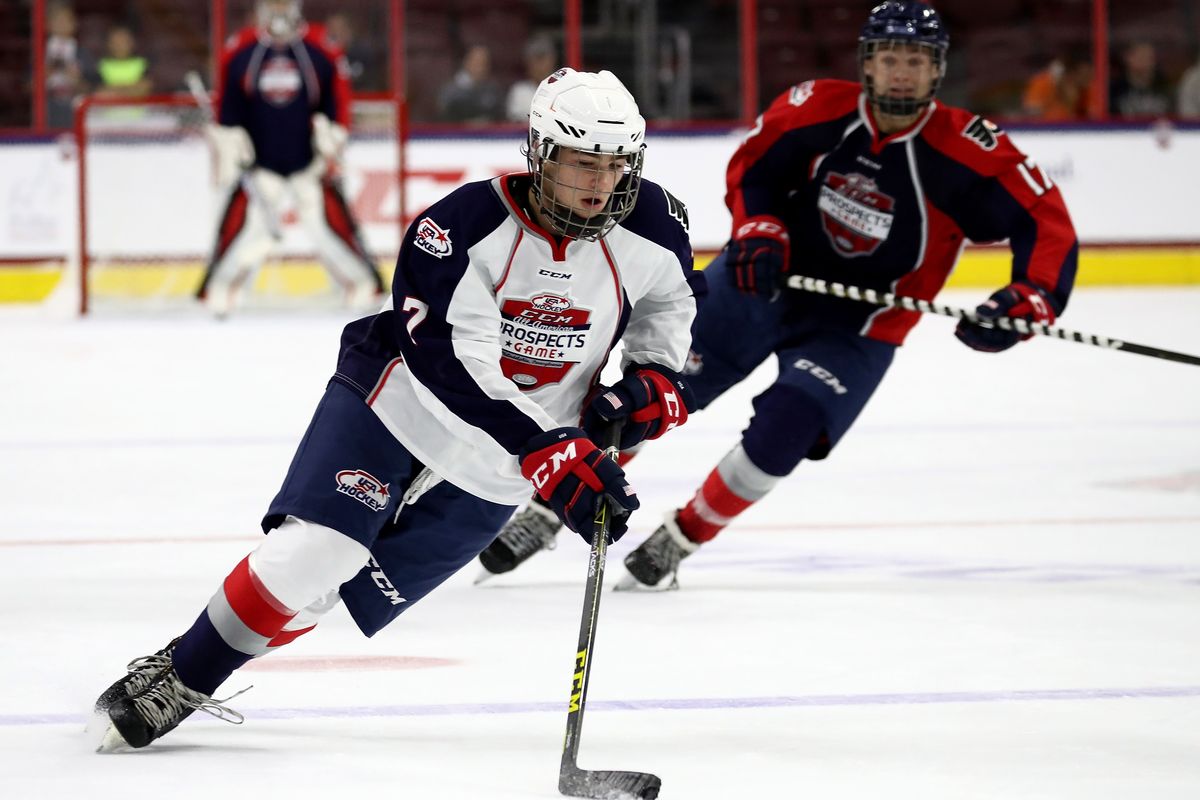 It's Never Too Eary to Start Planning for the Future

October 13, 2020
By Scott Lowe - MyHockeyRankings.com
SBNCollegeHockey.com Photo
It seems like it was just yesterday that we were wondering when ice rinks might open back up and if we would even have a 2020-21 hockey season.
Those were very stressful times for young hockey players around North America as they also wondered when tryouts might take place – if they would be held at all – and if teams might be picked without them having an in-person opportunity to show prospective coaches exactly what they were capable of on the ice.
Adding to the stress was the lack of understanding about what the COVID-19 situation might mean for players’ immediate hockey futures. With ice rinks shut down by local governments in response to the spread of the coronavirus throughout North America, young players were asked to be patient while finding ways to maintain their fitness levels, build their strength and refine their hockey stills off the ice.
It was an uncertain and unprecedented situation that tested organizations, families and players everywhere. In some areas of the United States, teams were allowed to offer contracts and fill the bulk of their rosters without holding tryouts. Elsewhere tryouts were pushed back to the summer or even the fall. And there are areas of the country where tryouts have yet to be held with games and league play still on hold.
Canada moved more slowly than the U.S. toward reopening, so hockey of any kind was prohibited in many rinks until August. While junior hockey games are being played in some areas of Canada, by and large Canadian players have been limited to small-group skills and skating sessions and modified, non-contact games.
In some parts of Canada, leagues and associations are hoping to move toward localized – but still modified – games in the weeks ahead and to continue pushing forward toward more normal game play and seasons as long as the COVID numbers continue to improve. Recent spikes in cases have put a hold on some of those plans, however, and for many young players a hockey season still is not imminent.
With so many hurdles still to overcome in both countries and the kids who are back to playing games in the U.S. just starting to get accustomed to their teams and coaches, it seems almost unfair to write this, but it already is time for players to start thinking about their long-term hockey goals and where they might like to play in the future.
That’s not intended to cause panic or make anyone relive the stressful times of March, April and May. It’s just never too early to start planning and reaching out to coaches of programs that you think might be a good fit and help you achieve your goals. I’ve already personally had several New England prep school, AAA, academy, junior and college coaches reach out to me about potential future prospects.
Too many players wait until later in the season or even after their seasons to begin that process. That’s a bad idea in a normal year, but in 2020 it may be a worse idea than ever to put off starting the process.
First of all, right now as we continue to wade through the COVID crisis, most kids have fewer school and other outside commitments – including hockey – than usual. In the spring when most of us were locked down, it was recommended that young hockey players take advantage of the extra free time to concentrate on areas such as strength training, watching video and skill development that they might not normally have time to focus on.
The players who did that realized substantial gains when they returned to the ice and found that they were way ahead of the many kids who didn’t heed that advice. So why not take a similar approach now?
It’s a great time to start researching schools, organizations or teams that you might be interested in and to create a list of potential destinations for next year or beyond. Answer online team questionnaires, gather helpful information from websites and request any other information that you might need to help narrow your choices.
The second reason to begin this process now is because most coaches are in the same boat you are; many of them have more free time than usual because their hockey activities have been curtailed somewhat, there are fewer events than usual for them to scout in person or they are not permitted to leave campus to recruit.
Many prep schools are not allowing students or staff to travel for the time being, and at the college level the NCAA has instituted a dead period for Division I coaches, which means they cannot have in-person contact with any potential recruits. Division II and III coaches are subject to any school and local restrictions that are in place. For example, coaches in New York are not allowed to recruit outside the state.
This doesn’t mean that recruiting isn’t happening, but it does mean that coaches have more time than usual to respond to emails, communicate with recruits and watch players on video.
“Normally by this time of the year I’m gearing up for our season and have been out all summer watching players play in the various off-season showcases and tournaments that are held in our area,” said Brian Troy, head coach at the Winchendon School in Massachusetts. “I wasn’t able to do that this year, so I’m reaching out to players I may have seen in the past and players who are being recommended to me to get the process started. We’ll be looking at video the kids send us and probably watching some games that are streamed. Hopefully we will be able to get out and watch kids in person soon. It’s definitely going to be a different year in terms of recruiting.”