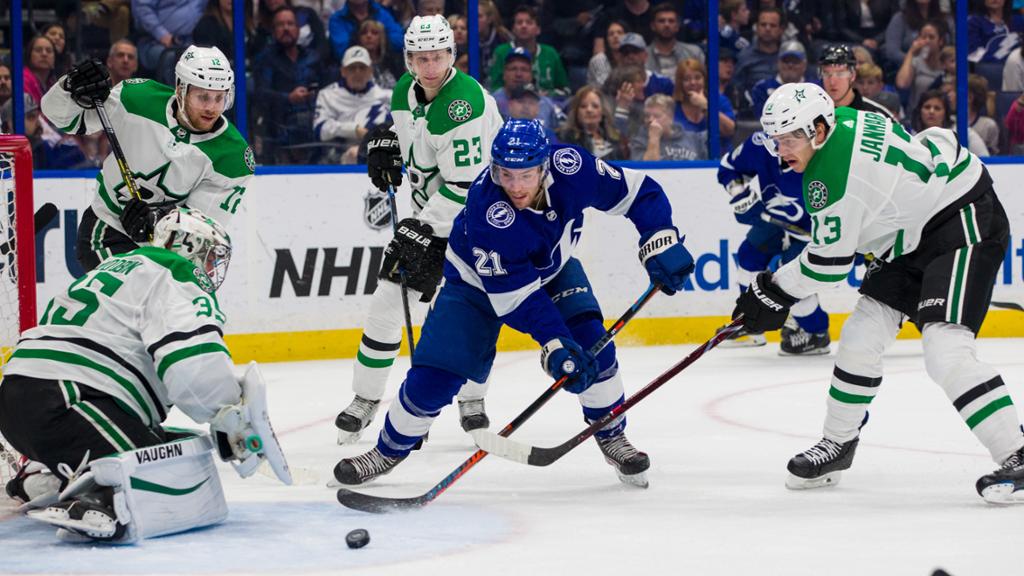 It was Aug. 11 in Toronto, but it seems like years ago.

The first game of the first round of the new and improved 2020 NHL COVID Cup Playoffs inside the Toronto bubble. Columbus against Tampa Bay. A chance for the Lightning to avenge the embarrassment of 2019 when they were swept in the opening round by John Tortorella’s Blue Jackets after a record-setting regular season. blancpain replica

It turned out to be the never-ending game, one that went on for so long the Bruins-Hurricanes playoff opener had to be postponed until the next morning. As Columbus goalie Joonas Korpisalo turned aside shot after shot en route to a National Hockey League-record 85 saves and as a three-period game turned into two full games plus some – and dragged on beyond six hours – it looked as though maybe Tortorella’s gang of shot-blocking mercenaries actually might be the Lightning’s kryptonite.

Maybe highly skilled Tampa just didn’t have it in them to play the style necessary to knock off a grind-it-out team like Columbus and make a deep run in the Stanley Cup Playoffs.

Then something happened. Somehow Lightning pesky forward Brayden Point managed to sneak a shot past Korpisalo 10:27 into the fifth overtime to set off a celebration that seemed to be more of an exorcism and a collective sigh of relief than a display of euphoria.

With the previous year’s sweep fading into the rear-view mirror, that victory proved to be a sign of things to come for the new-look Lightning.

Fast-forward 11 wins and two series victories to Thursday night as Tampa Bay prepared for its 11th overtime game of the postseason in Game 6 of the Eastern Conference Finals against the New York Islanders, yet another tight-checking foe.

What in the past might have been a tension-filled, white-knuckle experience for the Lightning and their fans turned out to be just another day at the office for this group. In a previous lifetime, Anthony Cirelli’s close-in jam shot through goalie Semyon Varlamov’s pads hits the far post, dribbles back across the goal line and somehow settles under the sprawling netminder.

Not this time. Not Thursday night.

Nope. Instead the puck rattled off the far post, slid back across the goal mouth, and instead of finding safety under Varlamov, caromed off his leg and into the net. It is 2020 after all, and by now we’ve learned to expect the unexpected.

Still, the delayed reaction from the referee, Cirelli and the rest of the Lightning certainly had a “Wait, did that just happen?” feel to it. Yes, it did. John Cooper’s talented, yet tormented, Tampa Bay Lightning had finally gotten over the hump and found their way to the Stanley Cup Finals. And they did it a way no one could have possibly imagined after last year’s embarrassing early exit.

Tampa’s overtime victory improved its 2020 playoff record to 10-1 in one-goal games. The Lightning had been an unfathomable 9-0 in one-goal decisions until a 2-1 overtime loss to the Isles in Game 5. Oh, and they bettered their playoff OT mark to 6-1 after winning all five of their extra-session contests prior to the Game 5 setback.

Not bad for a team many assumed couldn’t play the style of hockey required to be successful in the playoffs. So, what happened this time? What has made the difference?

First and foremost, it takes a certain amount of luck no matter how good a team is to navigate the stormy waters of professional sports’ most grueling postseason tournament. While a nine-game winning streak in one-goal contests and an overall 10-1 record in nail-biters is a strong indication that the Lighting have made the commitment to doing whatever it takes, it also is a streak that defies all logic and any odds that Las Vegas wise guys might be able to attach to such a feat.

That said, luck alone never is enough to get a team to the promised land. It takes an uber-prepared coach whose attention to detail carries over to his team’s performance on the ice and who can adjust on the fly during and between games. A team needs someone behind the bench who isn’t afraid to put his ego in check and admit that at any moment he might need to blow things up and go in a different direction.

By all accounts John Cooper has always been that guy.

But you can be that guy and still not have the pieces in place necessary to win a championship. And even if a coach does have the right pieces at his disposal, he still needs to get full buy-in from every single player on the roster – from the high-scoring top-line MVP to the last member of the Black Aces who thinks he’s along for the ride but might be called upon at any moment if there is an emergency and he fits the role a team needs for just one game.

This year Tampa Bay has gotten the bounces, and the Lighting have a tremendous coaching staff. The buy-in has been there. It seems as though some of those things never have been an issue. So, what about the pieces to the puzzle? That’s the biggest difference in the 2020 playoff edition of the Tampa Bay Lightning; they’ve got all the pieces necessary to win a championship – and then some.

Keep in mind that this amazing run has occurred despite the absence of superstar sniper Steven Stamkos, who could be seen in the runway to the locker room greeting his teammates after Thursday’s victory. The injured Stamkos has been skating with the team at recent practices, but there is no indication if or when he might be ready to play again.

“I'm proud of this team,” Cooper said during a recent media session. “They've done everything we've asked of them this year. Every home reporter and fan wants your team to go 82-0. It hasn't been done yet, and I doubt it'll ever be done. But they've made a conscious effort to put themselves in the position they're in right now and all the credit goes to [the players]."

While it would be heart-wrenching to see this team finally win a Stanley Cup with its captain sidelined and watching from behind a mask while sitting in the stands or the owner’s suite, it would be extremely risky to tinker with this group’s chemistry and mojo by inserting him into the lineup barring an injury to one of the team’s top skill guys.

That’s right, the Lighting are better off going with the group they have and not replacing one of their role players with one of the most talented players in the world. Who would have thought we could make that statement about Tampa Bay even a few short months ago? How has this happened?

For years the Lighting have been a highly skilled team with world-class goaltending, one of the best defensemen in the NHL and plenty of depth up and down the lineup. They’ve had skill guys, speed guys, two-way forwards and strong defensemen, but something always was missing.

That something has been the under-the-radar role players who provide the intangibles that are so necessary in the playoffs. The guys who will put personal glory and self-preservation aside by taking a hit to make a play. Players who will bring constant energy and physicality and be willing to play on the edge to get a team off its game. Grinders with the skill to finish a play when they’ve frustrated their opponents into turnovers or who can get a key player frustrated enough to take a bad penalty when a goal is sorely needed.

Tampa Bay added a player who fits that description before the season by signing forward Patrick Maroon, who was an integral part of his hometown St. Louis Blues’ run to their first Stanley Cup title a year ago. Cirelli, who entered the season with 100 games of NHL experience, developed into one of the top two-way centers in the league and contributed 44 points in just 68 regular-season games. Then, at the trade deadline, they brought in Blake Coleman from New Jersey and Barclay Goodrow from San Jose, with Cooper immediately plugging them into the lineup to play with the ultimate pest, Yanni Gourde.

None of these guys is likely to end up on an All-Star Game roster, but they are exactly the type of players who end up with their names etched on the Stanley Cup.

Now, as Tampa Bay prepares to face Dallas Saturday night in its first Stanley Cup Finals game since falling to the Chicago Blackhawks in 2015, casual observers might question the Lighting’s ability to overcome a defensive-minded team with two strong goalies that can grind an opponent into submission.

True hockey fans, however, know that this edition of the Lighting is different. For the first time since their 2004 title they are built for the challenge. You don’t knock off rugged and strong defensive teams like the Blue Designer Jackets and Islanders as well as the pre-tournament Cup-favorite Boston Bruins without the right mix of talent, coaching and commitment.

Cooper’s words prior to Game 6 vs. the Islanders hold true heading into the Finals.

“You can play the tennis match and volley back and forth on what you’re doing to your team, but it’s why we play the games and the players are going to decide it … one way or the other,” he told the media. “Pressure is what you make of it, so if you want to succumb to it you can, or if you want to thrive in it, you can. You’ve got to make a choice. You’ve got to embrace these moments. You don’t get them that often, so enjoy them and don’t let that pressure get to you and just do your best and see what happens.”

But it’s hockey. The momentum and mojo can change in a moment’s notice, and Dallas has shown the rare ability to run-and-gun with some of the league’s fastest and most-talented teams while also being able to clamp down and record tight-checking, one-goal and overtime victories. They are a veteran team with a veteran coach who has been behind the bench for more NHL playoff games than anyone else in league history.

"This year, I’m really at peace with the way this team is playing,” Cooper said. “They’ve got this quiet calm about them, and they’ll all be ready.”

Las Vegas has made Tampa Bay a better than two-to-one favorite to claim the Cup. But all of that gets thrown out the window when two teams that have survived three tough series face off in a battle for sports’ most cherished trophy.

That’s why we watch, and that’s what makes hockey so special.

This time a year ago NHL teams were in training camp with 0-0 records and hopes of being in the position that Tampa Bay and Dallas find themselves in right now. Who knew back then that it would take more than 12 months to crown a champion?

It’s been a 2019-20 season none of us will ever forget, but we’re not done yet. Get ready to sit back and enjoy one final best-of-seven battle for the greatest trophy in sports. If 2020 has taught us anything, there’s little doubt that this series should be one for the ages.