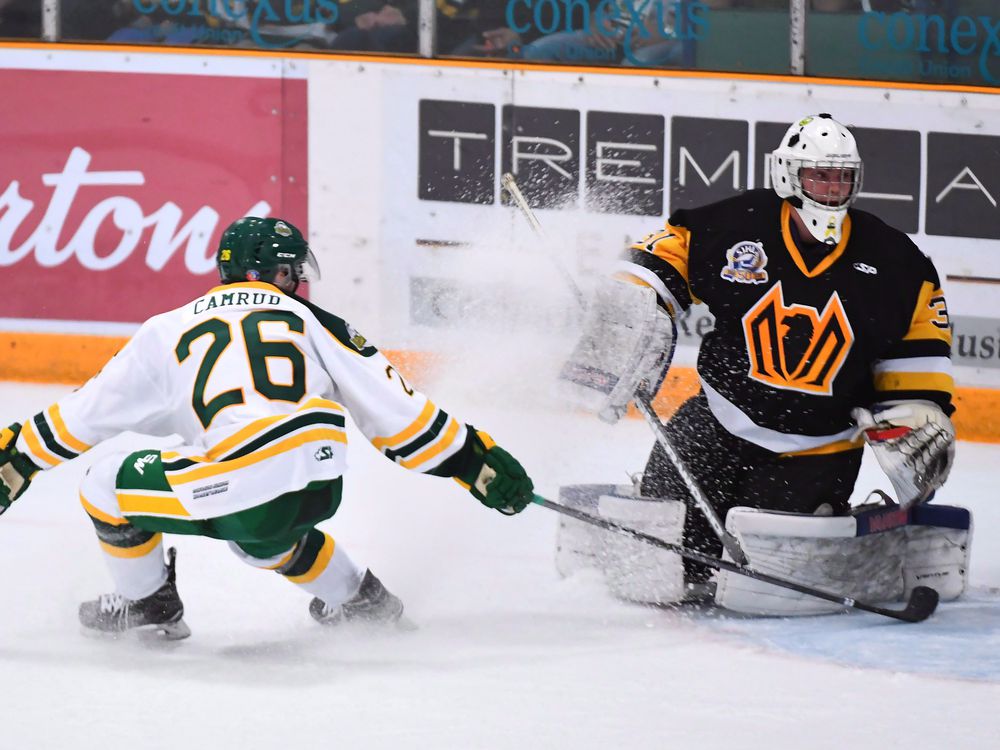 As with the NOJHL, a move to Phase 2 would allow for full games and a regular-season schedule to be announced. The league is hoping for a mid-October or November start to its season and has the ability to vary the schedule length, divisional alignment and playoff format based on when play actually gets underway.
SJHL – Originally scheduled to begin play Sept. 11, the eight-team SJHL then moved the start date to Sept. 25 and is now hoping to get started Oct. 9. Commissioner Chow has vowed to continue moving the date back as necessary to comply with any COVID restrictions and ensure a full season of play. He is awaiting approval of the Oct. 9 start date.
“We’ll see what comes out from the government and health authorities and then see what direction we will go,” he said.
SIJHL – The SIJHL announced a Nov. 14 start date on Aug. 1 with the goal of ensuring that its seven teams, located in the U.S. and Canada, can complete a full, uninterrupted season. The start date is dependent on the border opening as well as state and provincial guidelines and restrictions at that time. Teams are allowed to open their training camps Sept. 14.