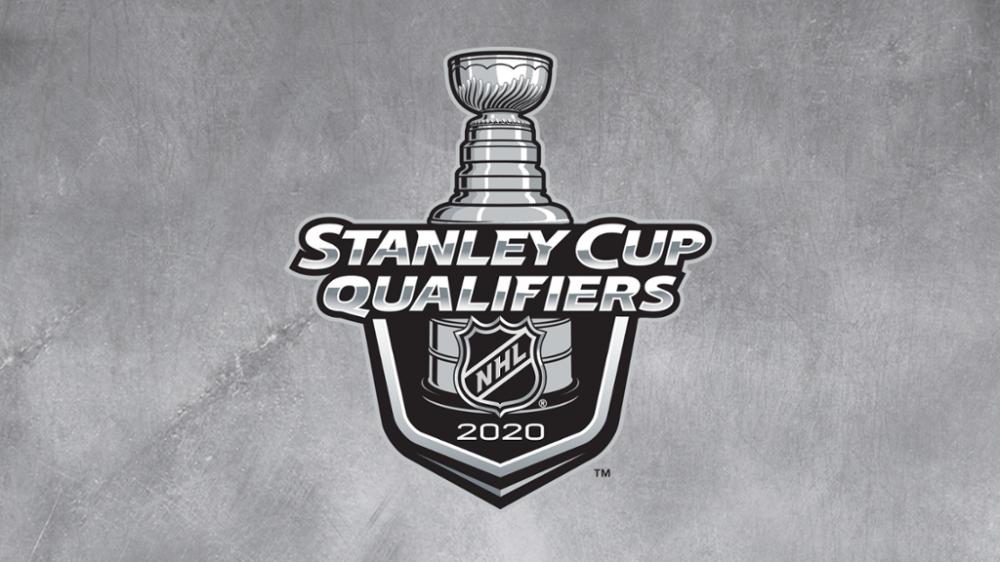 It all starts today.

A few minutes after noon Eastern time, when the puck drops on Game 1 of the Qualifying Round best-of-five series between the Carolina Hurricanes and New York Rangers, hockey officially will be back. And the only thing that is certain about the 2020-21 National League postseason is that it will be unlike anything we’ve ever seen.

Given the nearly five-month hiatus followed by a two-week, cram-session training camp, one exhibition game and a few days of practice in one of two Canadian “bubbles,” don’t expect the games to be pretty right off the bat. But the combination of fresh legs, teams that are much healthier than normal for the postseason and playoff intensity should produce some of the fastest and most exciting hockey that’s ever been played.

If you’re as old as I am you remember the speed, skill and excitement of the late-summer Canada Cup tournaments that were held between 1976 and 1991 as well as the high-level of hockey that was played during the 1996 World Cup of Hockey. There are people who will tell you those tournaments featured the best hockey ever played.

During the early stages of play it’s likely that players and teams will struggle to find their timing in a high-tempo, high-intensity environment. But give these COVID-delayed playoffs a week or so to get wound up and what already is professional sports’ most-thrilling and demanding championship tournament just might soar to new levels of speed and excitement.

“I think it’s going to be fast and wild,” Washington Capitals defenseman John Carlson, a finalist for the Norris Trophy, told reporters during training camp.

With 24 teams invited to this year’s dance, an extra best-of-five Qualifying Round to determine the teams that will advance to the final 16-team playoff field and a round-robin mini-tournament to determine the top-four seeds in each conference, there is even more intrigue than usual to go along with the healthy and rested lineups.

“Everybody’s healthy,” Winnipeg Jets head coach Paul Maurice said. “You’re not carrying 70 or 80 games on you. So there’s a real enthusiasm for the hockey. It’s pure hockey. There’s nobody in the stands; we understand that. It’s certainly an unusual environment, but once you drop the puck, everything else is the same after that. The game’s the same. Everybody’s enthusiastic. They got the training camp exactly right. It felt a little bit long at the end, but everybody needed that. Now the part that we all look forward to is going to happen, so I think you’re going to see just fantastic hockey based on where the exhibitions were at. It might be sloppy, I don’t know if sloppy is the right word – it might not be as well executed as people want – but the fight is going to be there, the intensity is going to be there.”

The 12 Eastern Conference teams are spending their playoff existence inside the Toronto “secure zone” and competing at Scotiabank Arena, home of the eighth-seeded Maple Leafs. Meanwhile, the 12 Western Conference participants are sequestered in Edmonton and playing at Rogers Place, home of the Oilers.

The teams that finished fifth through 12th in each conference based on points percentage will play in the best-of-five-game Qualifying Round for the right to advance to the final 16 and the official 2020 Stanley Cup Playoffs. While that is going on, the top-four finishers in the East and West will play a three-game round-robin to determine the top-four seeds in each conference.

This is where hockey turns into Fantasy Island for the fans.

Remember the first two days of March Madness, the days when most people either call in sick from work or pretend to be busy in the office while watching 12 hours or more per day of college basketball?

That’s right, over the first nine days of the NHL tournament – with as many as six games per day being contested – it is possible that 52 games could be played. Games will begin as early as noon Eastern time on some days, with start times staggered and the last games scheduled to face off at 10:30 p.m. And all of them will be televised.

"It'll be similar to those March Madness tournaments when you can watch college basketball all day and that's pretty much all you do,” Chicago Blackhawks forward Patrick Kane said recently. “Except this time it'll be hockey, so it'll be fun for me to watch. It looks like it's going to be an amazing schedule if you're a hockey fan … You'll be able to watch hockey all day. Pretty much every couple of hours it seems like a new game is on. I think it's cool."

Once the final 16 teams are determined, the remaining clubs will be reseeded to ensure that the lowest-remaining seed plays the highest seed in a best-of-seven format. Teams that advance will be reseeded prior to each round. Both conference finals and the Stanley Cup Finals will be played in Edmonton, with the tournament concluding no later than Oct. 4.

Teams playing in the Qualifying Round begin competition today, with five games scheduled featuring teams from both conferences. The first two round-robin games are tomorrow along with Game 1 for the remaining three Qualifying Round series.

Below is a short preview at the series that get underway today:

The upstart Rangers are a popular upset pick, probably because they beat Carolina all four times the teams played this season, but an already solid Hurricanes lineup was bolstered by the late-season addition of veteran Justin Williams as well as trade-deadline pickups Vincent Trocheck and Sami Vatanen. The Canes also expected to get a boost by the return of all-star defenseman Dougie Hamilton from a broken leg, but he sustained an injury in training camp and has been ruled out of at least the first game. Carolina upset Washington in the first round of last year’s playoffs and has a big edge in postseason experience, but New York has nothing to lose as a team that wasn’t expected to contend for a postseason berth and is way ahead of its rebuilding schedule. Our followers picked the Rangers, but for the upset to happen youngster Igor Shesterkin is going to have to be lights out in goal, while stars Artemi Panarin, Mika Zibanejad, Ryan Strome and Chris Kreider are going to have to play like stars. Both teams are solid defensively, so don’t expect many goals. Carolina is deep on the blue line and has the experience edge over the up-and-coming New York D corps.

With the remarkable and somewhat unexpected return of goaltender Corey Crawford after contracting COVID and a veteran group of Stanley Cup winners in Jonathan Toews, Partick Kane, Brandon Saad and Duncan Keith, Chicago also has become a popular upset pick among hockey experts. The Blackhawks are an interesting mix of talented youngsters and battle-tested veterans, with young future stars such as Dylan Strome, Alex DeBrincat, Dominik Kubalik, Kirby Dach and Alexander Nylander providing the franchise with a bright future. But all of this playoff talk, perhaps paired with a Hart Trophy snub, has Connor McDavid entering the postseason with a nice-sized chip on his shoulder, and Chicago’s no-name defensive unit will be tested by the high-flying Oilers, who of course also have Hart-finalist and NHL scoring-leader Leon Draisaitl. If Crawford returns to form quickly, Chicago might have the edge in goal – and we all know that goalies can steal a series – but Edmonton is better in every other aspect. We don’t buy the upset talk, and neither do our followers, who have the Oilers winning in four.

It’s a battle of the brains as Florida’s Joel Quenneville and New York’s Barry Trotz meet in a matchup of two of the NHL’s most-respected coaches. Both have won Stanley Cups and know what it takes, however Trotz’s team has shown the type of discipline and commitment to defense, despite not having a vaunted group of defensemen, that it takes to win in the postseason. Florida appeared to be on the way to a playoff berth early in the year led by a talented contingent of forwards that includes Aleksander Barkov, Jonathan Huberdeau and Mike Hoffman, but the Panthers seemed to bail on the season with the trade of Vincent Trocheck to Carolina at the deadline. The big money spent in the offseason to bring in Sergei Bobrovsky was supposed to put Florida over the top, but Bob has been inconsistent during his first year in the Sunshine State. The Islanders come at you with four consistent lines and a stifling defensive system, but not a ton of offensive talent. The addition of Jean-Gabriel Pageau at the deadline is a great fit for Trotz and provides a boost, while center Mathew Barzal is a budding star. Anders Lee rounds out the top group of forwards, and Anthony Beauvillier had a strong season and is coming into his own. We’ll take discipline and defense over style points, and so did our followers, picking the Isles in four.

There is talk of Carey Price stealing this series. Pittsburgh is simply too well-coached and too deep up front for that to happen. And let’s be honest, this isn’t the dominant Price who was the game’s top netminder several years ago. The Penguins get top-line offensive star Jake Guentzel back from what had been considered a season-ending shoulder injury, and their usual smart deadline deals to bring back Connor Sheary and bring in Jason Zucker and Evan Rodrigues give the team the forward depth it had been lacking. Sidney Crosby’s health is a concern, but even in his absence with battle-tested playoff veterans Evegeni Malkin, Guetzel, Bryan Rust and Patric Hornqvist up front and Stanley Cup-winner Matt Murray being pushed in goal by Tristan Jarry, the Pens will be too much for the Habs to handle no matter what. We think it may take four games, but our followers have the brooms out and are expecting a sweep.

Our followers like the Flames in five games, but we don’t see it. Winnipeg has a talented top six with Mark Scheifele, Blake Wheeler, Kyle Connor, Patrick Laine and Nikolaj Ehlers to go along with Vezina-finalist Connor Hellebuyck in goal. The Jets took a big defensive hit in the offseason with several key players leaving via free agency and the unexpected loss of Dustin Byfuglien, but the group has been buoyed by the strong play of its goalie and performed admirably and with more confidence as the season progressed. So why did the team only finish eighth despite all that talent? That’s the one valid question about a group that seems to have underachieved a bit over the last few seasons. This series really depends on which Winnipeg team shows up and the ability of Calgary’s forwards to follow the lead of high-energy, highly skilled winger Matthew Tkachuk. Love him or hate him, if anyone embodies a playoff style of hockey on a nightly basis it’s Tkachuk, but his talented teammates Johnny Gaudreau and Sean Monahan have to feed off of that and bring that type of energy on every shift. Calgary’s Mark Giordano is as good as it gets on the blue line, but this appears to be a goaltending mismatch. Unlike our followers, we think that depth up front and world-class netminding will lift the Jets to a five-game series win.