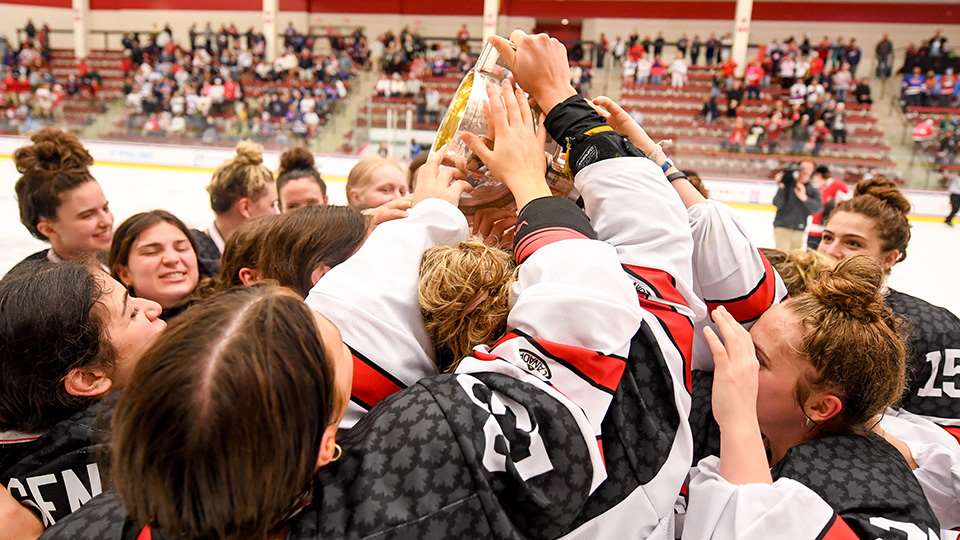 Game On: U18 WWC Finally Getting the Attention it Deserves

The fact that the International Ice Hockey Federation U18 Women’s World Championship was canceled because of the spread of COVID-19 two years ago while the men’s World Junior Championship was played as scheduled in a bubbled environment did not sit well with many in the hockey community. But it was when the event initially was canceled instead of postponed last January as the Omicron variant spread that hockey fans everywhere finally snapped.

The outcry from the media and all levels of the sport – including both male and female players, coaches and administrators – could be heard around the globe, and the impact of that passionate response can’t be underestimated.

While the cancellation of the 2021 event certainly was painful and unfair to those affected, the ultimate result has been positive as the U18 WWC finally is receiving the attention it deserves.

Last year’s tournament was moved to the University of Wisconsin and played in July, with Canada earning the gold medal against the United States in yet another classic final, 3-2. That was after the Americans had provided the Canadians with an early wakeup call in a 7-0 opening-round win to earn the top seed in the playoff round.

Even better than what happened on the ice, though, was the extensive media coverage the 2022 U18 WWC received. Many Americans were introduced to the speed, skill and overall high-level of play the tournament produces annually for the first time last summer as every game of the tournament could be seen either on NHL Network or ESPN+.

The concern among many in the hockey world, however, was that the networks were just checking boxes and jumping on the bandwagon because of the fanfare the tournament had received when it was initially canceled and the realization that so many hockey fans were passionate about it being played. On top of that, July is a slow month for sports in North America, so the combination of that and the public’s desire for the event to be played made it a low-risk decision for networks to broadcast the tournament.

The games would go on. People would watch. Let’s go!

The fear was that once the tournament was over, the lights were turned off and everyone went home, the U18 WWC might become an afterthought once again when it returned to its usual spot on the calendar in January 2023, immediately after the popular WJC, smack in the middle of the National Hockey League season and just as the National Football League playoffs were set to begin.

Fortunately, that is not the case, and starting Sunday morning at 10 a.m. Eastern Time when the United States takes on host Sweden from Ostersund, North Americans once again will be able tune in for all the excitement, passion and drama the U18 WWC produces every year. Canada also opens play Sunday at 2 p.m. vs. Finland.

Each of the USA’s preliminary-round games can be seen live in the U.S. on NHL Network. The American’s playoff-round games will be shown live either on NHL Network or ESPN+, depending on the schedule. Meanwhile, Canada’s games also can be seen live in the United States on ESPN+. North of the border, every Canadian game is available via TSN as are the other Group A games and every playoff matchup.

The level of play continues to draw closer among the top hockey-playing nations in the world as demonstrated by the results of the pre-tournament games. Sweden and Finland knocked off the U.S. and Canada, respectively, in tune-up contests, indicating that this might be the most evenly matched U18 WWC we’ve ever seen.

And the hockey world can’t wait to watch and find out.

The complete IIHF U18 Women’s World Championship schedule can be found at the link below: