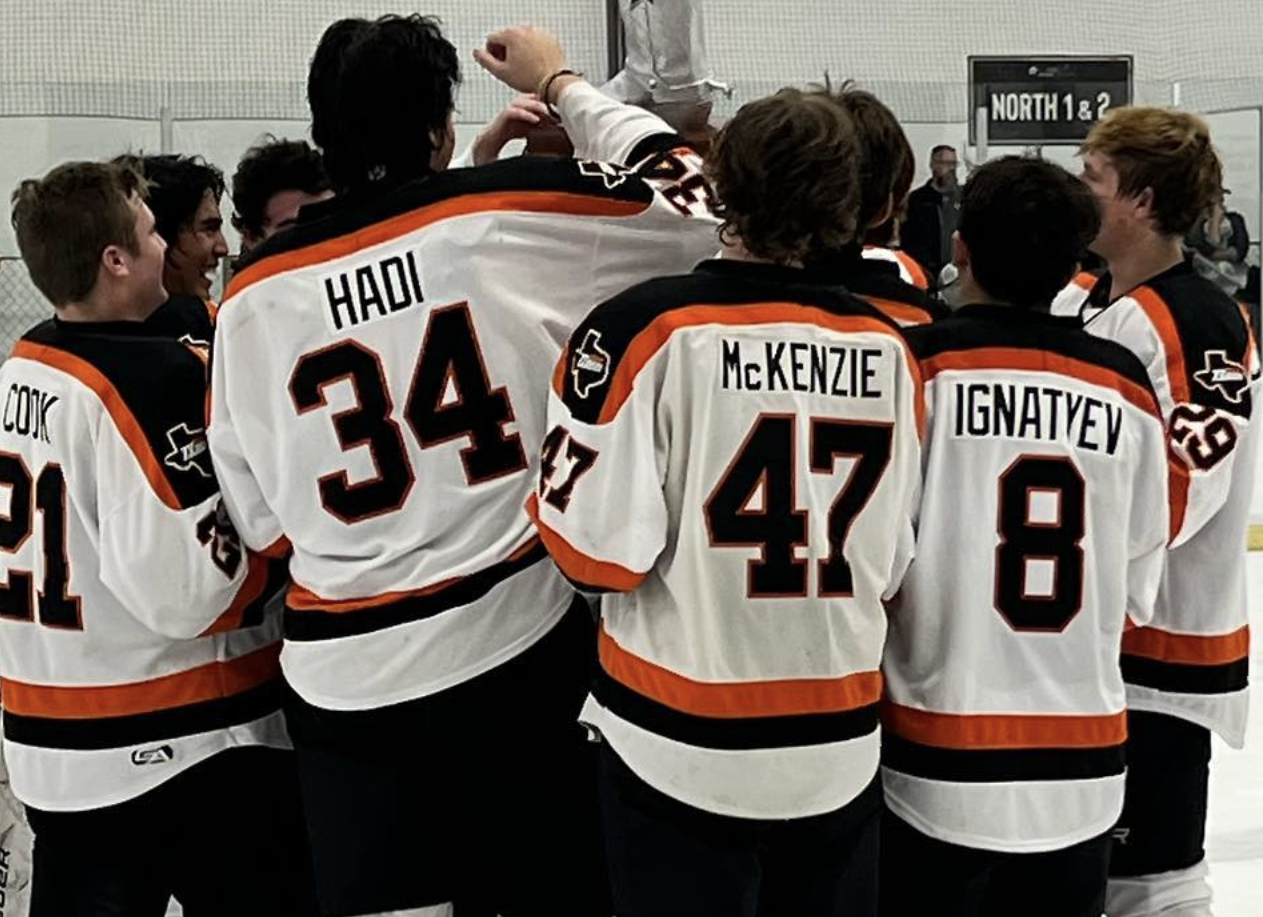 Week 13 MHR/LiveBarn Games of the Week

Winter holiday tournaments continue this weekend, and that’s where we have looked once again for a few of our Week 13 MHR/LiveBarn Games of the Week.

Our first two featured games are part of the Penguins Elite Midwinter Classic in the Pittsburgh area and include top-15 Tier 1 USA Boys teams competing in the 2010 and 2011 age groups. In the 2010 division, we have the No. 1 Philadelphia Jr. Flyers taking on the eighth-ranked Buffalo Jr. Sabres, while our 2011 matchup features No. 6 Rochester Coalition against the No. 14 New Jersey Colonials. Both games are Saturday and can be seen on LiveBarn.

Teams competing in the Pens Elite Midwinter Classic 2010 Division include:

Teams competing in the Pens Elite Midwinter Classic 2011 Division include:

Our third Week 13 Game of the Week isn’t from a tournament but instead is a 16U USA Boys Tier 2 clash between a pair of top-five teams as the second-ranked Chicago Bulldogs travel to Missouri to take on the No. 5 Afton Americans in a Friday evening Central States Developmental Hockey League (CSDHL) tilt. The CSDHL is one of the top AA leagues in the United States, currently boasting four of the nation’s top 10 16U Tier 2 teams.

And finally, for our final highlighted game of Week 13 we head out to the National Sports Center Super Rink in Blaine, Minn., for a matchup from this weekend’s North American Prospects Hockey League (NAPHL) Showcase. Sunday’s featured contest is from the NAPHL 18U Showcase Division and pits the No. 16 USA Boys Tier 2 Texas Tigers against St. Viator, the No. 6 Illinois high school team.

CLICK HERE for the full NAPHL Showcase 18U schedule

The top-ranked Jr. Flyers face a tough preliminary-round matchup at the Pens Elite Midwinter Classic against the No. 8 Jr. Sabres in one of the tournament’s top scheduled contests. Philadelphia brings an impressive 33-3-2 record to Pittsburgh and has outscored its opponents by an eye-popping 240-65 margin. The Jr. Flyers are allowing fewer than two goals per game and have outscored their last four opponents, 20-2, in posting a 3-0-1 record during that stretch. The tie was a scoreless draw vs. the No. 30 New York Saints. Prior to those four contests, Philadelphia went 2-1-0 in a three-game series vs. No. 10 Pens Elite. The Jr. Flyers are 9-1-1 in their last 11 contests since a 2-0 loss to No. 3 Little Caesars Nov. 6. They have posted 12 shutouts on the season and have allowed zero or one goal 17 times. Buffalo enters the weekend at 25-9-1 and holding a 142-65 scoring advantage over its foes. Like Philadelphia, the Jr. Sabres allow fewer than two goals per contest. They have recorded back-to-back shutouts entering the tournament since splitting a pair of games against Onatrio’s fourth-ranked London Knights. That series was preceded by a pair of shutout victories, and Buffalo has 10 shutouts for the season. The Jr. Sabres are 11-4-1 in their last 16 outings, with the losses coming against London, No. 10 Pens Elite, Ontario’s No. 11 Mississauga Senators and the No. 28 Long Island Gulls. They also beat Pens Elite during that stretch as well as No. 11 Honeybaked. Buffalo has surrendered more than two goals just 11 times this season.

Sixth-ranked Rochester Coalition faces the No. 14 New Jersey Colonials in what should be an important pool-play matchup at the Pens Elite Midwinter Classic. Rochester enters the weekend with a surprising 16-17-1 record, but that has come against the second-toughest schedule in the nation, according to MYHockey Rankings. They dropped their previous three contests heading into the tournament against top-ranked Pens Elite, including a tight 5-4 loss in one of those matchups. ROCO is 2-6-0 in its last eight games, with two of those losses coming against Ontario’s 14th-ranked and top-ranked teams and another being an overtime setback against USA No. 8 Little Caesars. Prior to the recent difficult stretch of games vs. highly ranked teams, Rochester had opened the season by going 14-11-1. Six of their 17 losses this year have come against the USA’s No. 1 team. The Colonials bring a 14-13-5 record to Pittsburgh and hold a 113-89 scoring advantage over their opponents to date. They are unbeaten in their last three outings (2-0-1) on the heels of two losses against No. 9 Philadelphia Hockey Club. New Jersey also has played a difficult schedule to date that ranks eighth in difficulty among the top-25 teams.

We have Friday Night Ice at the Fenton Forum in Missouri as a pair of CSDHL top-five powerhouses face off in a huge league matchup. Despite their No. 2 national ranking, the Bulldogs find themselves four points behind Afton in the CSDHL standings but with seven games in hand. Chicago is 12-2-1 in league play, good for 26 points, while Afton is 14-7-1 for 30 points. The third-ranked Littleton Hawks sit atop the CSDHL 16U standings with 42 points at 20-5-2, but they have played five more games than Afton and a dozen more than Chicago. The Bulldogs are 27-4-5 overall and have outscored their opponents, 145-66. This will be the first two meetings of the year between these two teams, but Chicago has faced Littleton three times, going 3-0 and outscoring the Hawks, 10-3. The Bulldogs, who are 4-1-2 in their last seven outings, opened the season by winning 12 of their first 13 contests. Afton is 19-7-3 overall and holds a 105-69 scoring advantage over its opponents. The Americans have won four straight games and are 10-2-1 in their last 13. The only losses during that stretch were against the No. 8 Chesterfield Falcons and No. 21 Orland Park Vikings. Afton has gone 4-0-2 against 15U and 16U AAA teams this season, while the Bulldogs are 0-1-2.

We don’t get too many opportunities to highlight games between strong club and high school programs, but this weekend’s NAPHL Showcase allows us to do just that as the No. 16 USA 18U Tier 2 Texas Tigers take on St. Viator, the sixth-ranked prep team in Illinois, in Blaine, Minn. Both teams compete in the Showcase Division of the NAPHL. Texas is 1-2-0 in league play, while St. Viator is 4-1-0 and eight points ahead of the Tigers. Texas is 23-10-3 heading into the weekend and has outscored its opponents, 187-67, while allowing fewer than two goals per game. The Tigers are 6-1-2 in their last nine outings following a five-game losing streak that included a one-goal loss against AAA Team Alaska as well a pair of losses to the second-ranked Chicago Hawks. If you throw those five games out, Texas is 23-5-3. The Tigers have outscored their last three opponents, 23-1, recording two shutouts to increase their season total of clean sheets to 11. St. Viator has posted a 20-9-2 overall record and outscored its opponents, 118-62. They lost their most recent game, 4-1, against Illinois HS No. 5 Glenbrook North after putting together a six-game unbeaten streak. St. Viator lost to top-ranked New Trier HS, 2-1, Nov. 18 and No. 3 Glenbrook South, 5-3, the following day before skating to a pair of wins vs. No. 4 Stevenson HS Nov. 20 and 23. They also dropped a 2-0 decision against No. 1 New Trier Nov. 26.