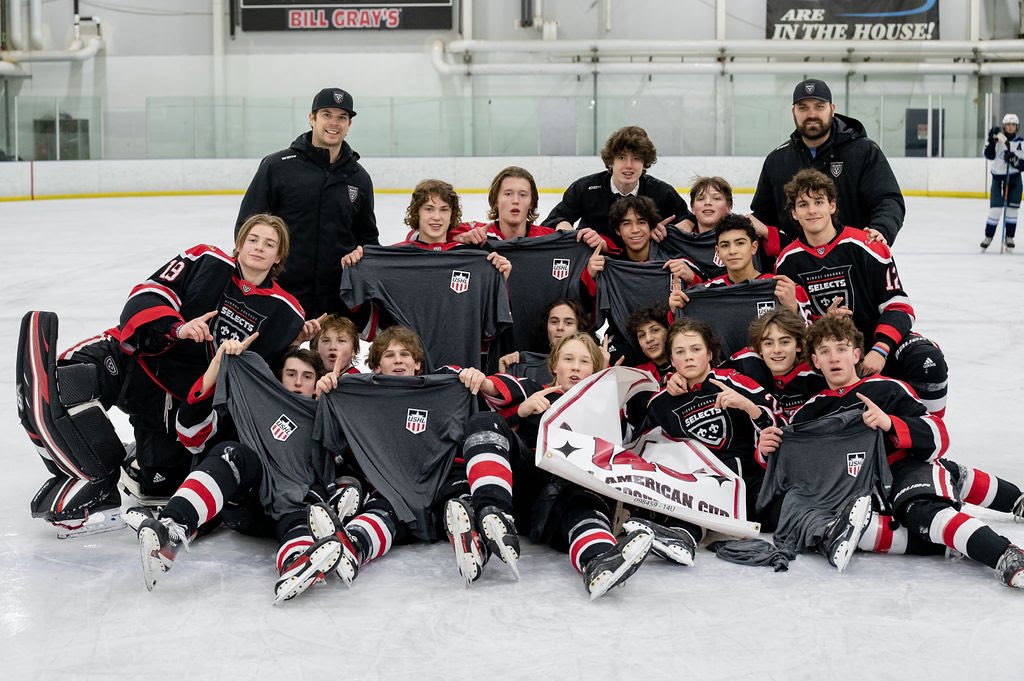 The United States Hockey League (USHL) descended upon Rochester, N.Y., last weekend, bringing a pair of Tier 1 junior hockey games to a great hockey area and holding a youth tournament that included some of the top 14U, 15U, 16U and 18U boys’ teams in the United States. Two games from that youth tournament were MYHockey Rankings/LiveBarn Week 11 Games of the Week.

The USHL is the only Tier 1 junior hockey league in the U.S. That means it is completely tuition free for its players and that the level of play is comparable to any of the top leagues in North America. Almost all of the USHL’s players go on to compete at the NCAA Division 1 level, and many are drafted by National Hockey League teams.

The USHL American Cup presented a tremendous opportunity for young players in the Northeast to experience Tier 1 junior hockey firsthand while also playing games in front of USHL coaches and scouts as well as any college coaches and scouts who might have been there to watch the junior games. It was a true win-win situation.

For the USHL games, the Youngstown Phantoms took on the Green Bay Gamblers in a pair of contests Thursday and Friday at the Bill Gray Regional Iceplex. The two teams put on a great show, with the Phantoms earning a 3-0 shutout Thursday before capturing the second matchup in a 5-4 shootout thriller.

Youngstown, the eastern-most USHL franchise, is in seventh place in the eight-Team Eastern Conference at 8-7-3-1, while fourth-place Green Bay fell to 10-8-1-1. The second- and seventh-place teams in the USHL East are separated by just three points.

On the youth side, nearly 30 top Tier 1 boys’ teams in the 14U, 15U, 16U and 18U age groups competed, and we featured two matchups of highly ranked teams as part of our MHR/LiveBarn Week 11 Games of the Week.

Our featured matchups from the American Cup were in the 14U and 15U divisions, with the 15U matchup featuring the Nos. 2 and 3 teams in New York and the 14U contest being a border battle between the USA No. 13 and Ontario No. 15 teams.

All American Cup youth games were played either at Bill Gray’s or the Rochester Ice Center, and many can be seen on-demand via LiveBarn. You can CLICK HERE for the full schedule and results from the games.

Here are how the teams competing in the age groups we highlighted fared at the American Cup:

We stayed in New York for a battle of the top-two USA Tier 2 Girls 12U teams in the state as the No. 28 Adirondack 46ers took on the 30th-ranked Rochester Edge in a two-game weekend series at the Malone Civic Center. These games can still be seen on LiveBarn. Adirondack swept the weekend set by scores of 4-2 and 2-0, which helped the 46ers move into the top 20 in this week’s rankings.

Our final Week 11 Game of the Week was another USA girls matchup, this time from the CCM Windy City Invitational in the Chicago area. That tournament was comprised of more than 90 teams competing at the Tier 1 and Tier 2 levels across five age groups. Our featured matchup included a pair of top-18 14U Tier 1 teams, with No. 18 Lovell Academy skating to a 1-0 victory against No. 9 Team Illinois.

The Nos. 2 and 3 15U Tier 1 boys’ teams in New York faced off at the USHL American Cup in Rochester. This was the opening game for both clubs, and Long Island would use the victory to propel itself to a 3-0-0 record in the preliminary round before knocking off No. 25 South Kent, 4-1, in the semifinals and falling to fifth-ranked Bishop Kearney, 3-2, in Sunday’s championship game. The Jr. Sabres went on to lose to No. 76 Seacoast Performance Academy, 4-3, and the No. 22 New Jersey Rockets, 5-2, before closing the tourney with a 7-4 victory over No. 35 Rochester Coalition. Long Island remains ranked seventh in this week’s 15U Tier 1 USA Boys rankings with a record of 36-9-1. The Gulls have outscored their opponents, 183-68. Buffalo is 19th in this week’s rankings at 24-10-2. The Jr. Sabres have outscored their opponents, 136-98. Buffalo got on the board first in this one, but the Gulls responded with four straight goals from Ethan Wyttenbach, Joseph Argentina, Jesse Orlowsky and Ciaran Pollard to secure the victory.

The 13th-ranked USA team took down the No. 15 club from Ontario in what turned out to be the first of two meetings between these teams during the USHL American Cup. Halton bounced back to post a 5-4 overtime victory against SPA in the semifinals before falling to the USA’s 10th-ranked Bishop Kearney selects, 4-2, in the championship game. The Hurricanes’ 2-3-0 performance at the American Cup left them at 15-11-4 overall and allowed them to hold at No. 15 in this week’s Ontario rankings. Their other victory at the tournament came by a 3-0 score against the No. 37 Ohio Blue Jackets. No. 13 Seacoast won its first three contests at the American Cup, shutting out both the No. 46 Yale Jr. Bulldogs and No. 59 Rochester Coalition in addition to the win against Halton, before falling to the Hurricanes in the semifinal matchup. SPA is 22-11-7 on the season and also holds onto its No. 13 USA ranking.

The top-two Tier 2 12U girls’ teams in New York, who also happened to be ranked among the nation’s top 30, faced off at the Malone Civic Center in a weekend series for state bragging rights, with Adirondack coming away with a pair of victories by scores of 4-2 and 2-0. Those wins propelled the 46ers into the top 20 in this week’s USA Girls 12U Tier 2 rankings. They are 15-10-2 with a 95-61 scoring advantage over their opponents and ranked 19th this week. Rochester is 15-7-2 and ranked 32nd. The Edge have outscored their opponents, 133-57, this season. Adirondack jumped to a 2-0 lead in first period of Saturday’s series opener, with Kori Hammock smacking home a rebound for the second score of that game. The eventual game-winning goal appeared to come off the stick of Maggy Jones in the second period as the 46ers extended the lead to 3-0 before holding off the Edge the rest of the way. Calysta Lee got the scoring started for Adirondack in Sunday’s contest, burying a tough-angle bank shot that would hold up as the game-winner in a hard-fought, defensive battle.

One of the top matchups from the CCM Windy City Elite Invite was a defensive battle between a pair of top-20 14U Tier 1 girls’ teams on the final day of the tournament. Lovell Academy earned the 1-0 victory to finish the Chicago-area tournament with a 3-2-0 record, while TI fell to 2-2-1. With the victory, the Lions improved to 20-5-4 on the year. They have outscored their opponents, 89-30, and dropped to 19th in this week’s rankings. Team Illinois is 26-10-2 and has outscored its opponents, 116-50. Lovell Academy also defeated No. 36 Belle Tire and No. 61 Dallas Stars Elite at the event while falling to the No. 7 Chicago Mission and the 22nd-ranked Milwaukee Admirals. TI tied the No. 24 Madison Capitols and beat the No. 57 Connecticut Jr. Rangers and No. 33 LA Lions. In addition to the loss to Lovell Academy, TI also fell to the No. 16 Philadelphia Jr. Flyers.