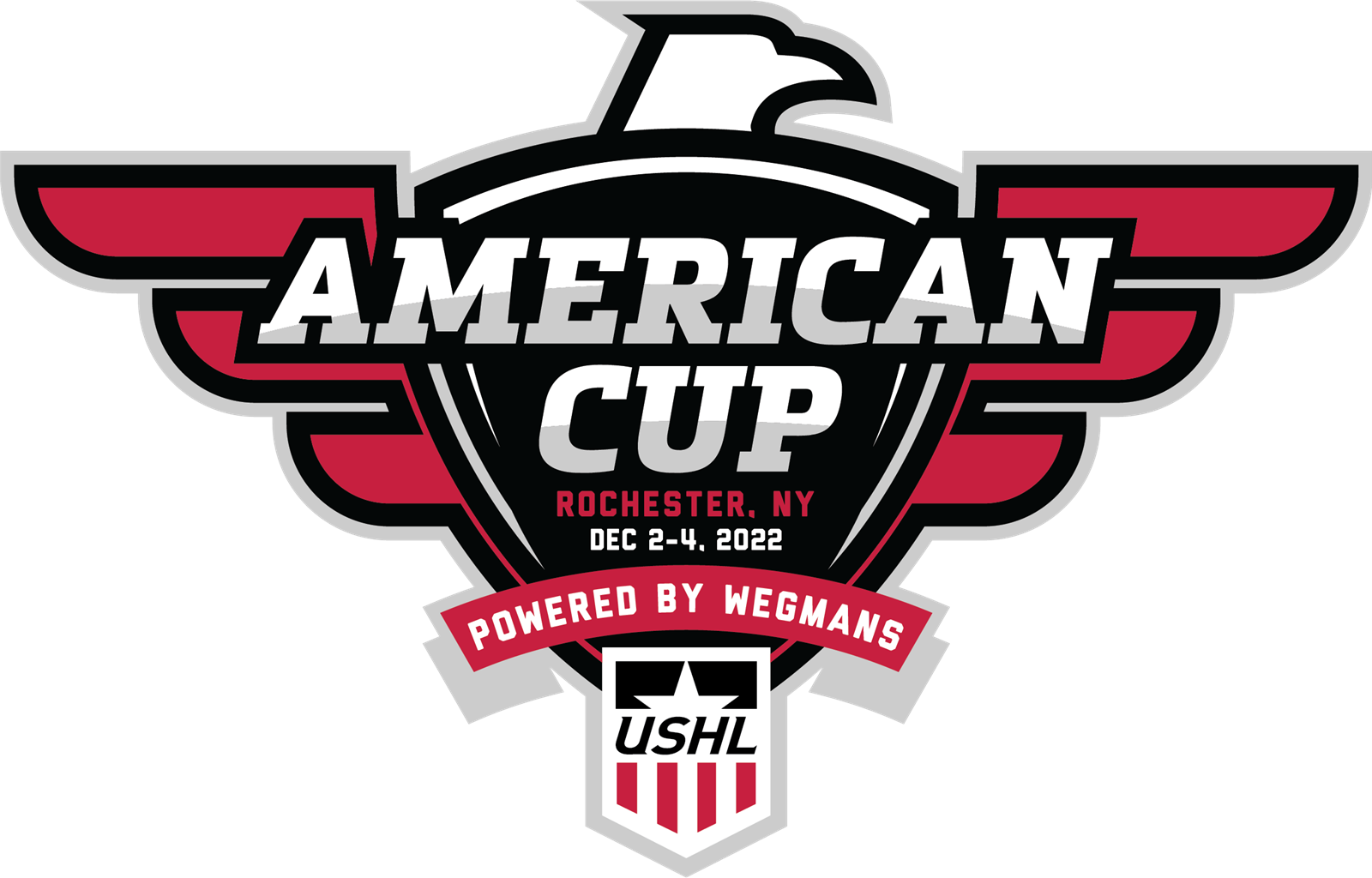 This weekend the United States Hockey League American Cup comes to Rochester, N.Y. It’s not the biggest youth tournament in North America, but it does include some of the top Tier 1 boys’ programs in the United States, and the premise of the event is unique and makes the tournament special.

The USHL is the only Tier 1 junior hockey league in the U.S. That means that it is completely tuition free for its players and that the level of play is comparable to any of the top leagues in North America. Almost all of the USHL’s players will go on to compete at the NCAA Division 1 level, and many will be drafted by National Hockey League teams.

Unfortunately, for hockey fans in the Northeast who would like to experience the USHL and for young players who would like to see what that level of play looks like in person, the league is mostly based in the Midwest. The franchise located closest to the East Coast is the Youngstown Phantoms in Ohio.

So, for the American Cup the USHL bring its brand of hockey to the younger players who aspire to ascend to that level. It’s a win-win for everyone. The league schedules two games in an area that isn’t usually exposed to Tier 1 junior hockey and invites youth teams to compete in a tournament in the same city. The kids get to see the highest level of junior hockey in person, while USHL, NHL and college scouts can come check out some of the nation’s top junior players along with some of the top 14U, 15U, 16U and 18U youth prospects.

The American Cup is being held this weekend in Rochester, N.Y. Youngstown is taking on the Green Bay Gamblers in the two USHL games; the first one was held last night, with the Phantoms earning a 3-0 shutout victory. The rematch is set for tonight at 7:30 p.m. at the Bill Gray Regional Iceplex.

On the youth side, nearly 30 top Tier 1 boys’ teams in the 14U, 15U, 16U and 18U age groups will be competing. We are featuring two matchups of highly ranked teams as part of our MHR/LiveBarn Week 11 Games of the Week.

Our featured matchups from the American Cup are in the 14U and 15U divisions, with the 15U matchup featuring the Nos. 2 and 3 teams in New York and the 14U contest being a border battle between the USA No. 13 and Ontario No. 15 teams.

All American Cup youth games are being played either at Bill Gray’s or the Rochester Ice Center and can be seen on LiveBarn. You can CLICK HERE for the full schedule of games.

Here are the teams competing in the American Cup Divisions we are highlighting:

We stay in New York for a battle of the top-two Tier 2 girls’ 12U teams in the state as the No. 28 Adirondack 46ers take on the 30th-ranked Rochester Edge in a two-game weekend series at the Malone Civic Center. These games also can be seen on LiveBarn.

And our final Week 11 Game of the Week is another girls’ matchup, this time from the CCM Windy City Invitational in the Chicago area. This tournament is comprised of more than 90 teams competing at the Tier 1 and Tier 2 levels across five age groups. Our featured matchup includes a pair of top-18 14U Tier 1 teams.

The Nos. 2 and 3 15U Tier 1 teams in New York face off at the USHL American Cup in Rochester. The Gulls enter the tournament at 31-9-1 and having outscored their opponents, 155-63. They dropped their most recent contest, 4-1, vs. the No. 10 Mid-Fairfield Jr. Rangers Nov. 19 after beating No. 4 Mount St. Charles and losing in OT to No. 8 Pittsburgh Penguins Elite the same weekend. Long Island is 7-3-0 in its last 10 outings, with the other loss coming against Ontario’s No. 17 North York Rangers. The Gulls have allowed fewer than two goals per game, recording 13 shutouts on the season. Buffalo is 23-7-2 on the year and holds a 122-81 scoring advantage over its opponents. These teams have met twice previously, with the Gulls recording 4-1 and 4-0 victories. The Jr. Sabres also are 7-3-0 in their last 10 outings, with one of those losses coming against Long Island and the other vs. No. 19 Victory Honda. Buffalo has a win and a tie vs. No. 8 Pens Elite and recorded a victory against the No. 5 Bishop Kearney selects. The Jr. Sabres have recorded wins against the Nos. 22, 24, 25, 27 and 31 teams as well as a win vs. Ontario’s 10th-ranked Mississauga Senators.

New Hampshire-based Seacoast Performance Academy enters the American Cup with a 19-10-7 record against a difficult schedule. SPA has outscored its opponents, 121-78. They have the eighth-toughest schedule among the nation’s top 20 teams and have won their last three contests and six out of seven heading into the tournament. They shut out No. 9 Bishop Kearney, 2-0, in their most recent outing after beating the No. 16 Neponset Valley River Rats, 4-1, in the game before that. They also have beaten Ontario’s No. 16 Ottawa Jr. 67’s as well as USA’s No. 14 Windy City Storm while skating to a 2-2 tie with No. 4 Mount St. Charles. Halton is 13-8-5 on the year and has outscored its foes, 80-57. The Hurricanes were shut out, 3-0, by the USA’s No. 30 CP Dynamo in their most recent game Nov. 30 and are 6-4-3 in their last 13 outings. Two of those setbacks were against Ontario’s No. 4 Oakville Rangers and No. 18 Guelph Gryphons by identical 1-0 scores. Five of those 13 contests have been shutouts for one side or the other. Halton also tied Guelph, 3-3, during that stretch.

The top-two Tier 2 12U girls’ teams in New York, who also happen to be ranked among the nation’s top 30, get together at the Malone Civic Center for a weekend series for state bragging rights. Adirondack brings a 13-9-2 record into the weekend and has outscored its opponents, 87-55. Rochester is 14-5-2 and has amassed an impressive 127-48 scoring advantage over its foes. Adirondack has gone 1-3-0 in its last four outings after opening the year 12-6-2. The 46ers’ most recent game was a 5-4 victory against the Messena Jr. Raiders. They won seven of their first nine contests to start the season, going 7-1-1 in that stretch. Four of their losses and two of the ties have come against Canadian teams, and they own a pair of victories over U.S. Tier 1 No. 46 Ironbound. Adirondack also dropped a pair of one-goal decisions to No. 31 Tier 1 Boston Advantage and the No. 39 Tier 1 Vermont Glades. Rochester is unbeaten in its last five outings, going 3-0-2 in that span, and is 8-1-2 in its last 11. The lone loss in that stretch came against the USA Tier 1 No. 35 Skaneateles Lakers by a 5-1 margin Oct. 29. They split a pair of games against the Tier 1 No. 47 Utica Comets earlier in the season, winning 3-2 and falling 4-2. Prior to that Rochester also suffered a 4-1 setback against the Lakers.

One of the top first-day matchups from the CCM Windy City Invite includes a battle between a pair of 14U Tier 1 girls’ teams. Team Illinois enters the weekend with a 24-8-1 record and having outscored its opponents, 100-45, while allowing fewer than two goals per game. TI is 5-1-1 in its last seven contests, with the loss coming against No. 3 Pittsburgh Penguins Elite by a 1-0 score. They beat and tied the No. 34 St. Louis Blues and also knocked off the Nos. 37 and 31 teams during that stretch. Team Illinois has allowed just 10 goals in its last 11 outings, recording four shutouts and allowing more than a single goal twice during that run. TI is 8-2-1 in those contests. The Lovell Academy out of Rockland, Mass., brings an impressive 18-3-4 record (according to MHR; it appears that recent results have not been entered) into the weekend and has allowed fewer than one goal per game while outscoring its opponents, 82-23. The Lions also dropped a 1-0 decision to No. 3 Pens Elite, and they have recorded victories against the Nos. 17, 22, 29, 32, 35 and 36 teams.