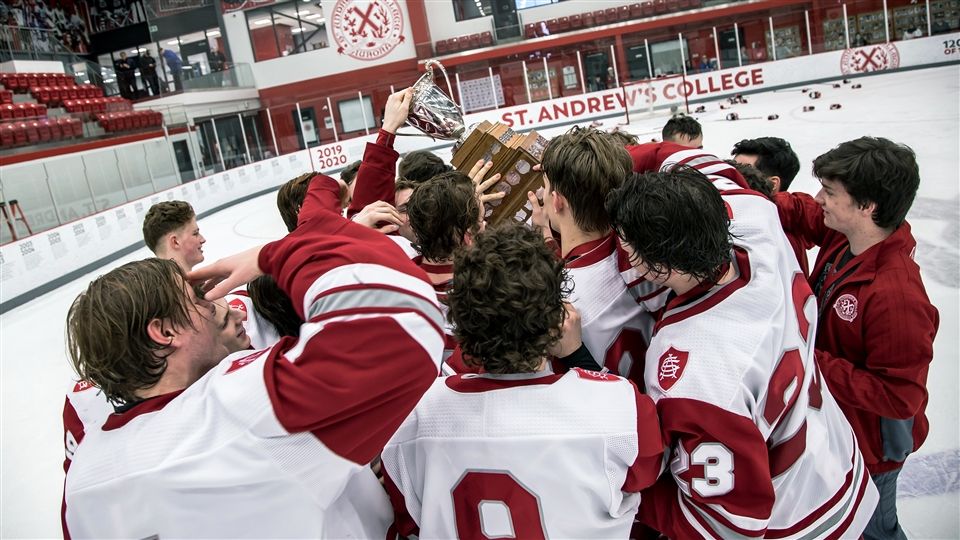 MHR/LiveBarn Week 8 Games of the Week

In areas of the United States where high school hockey is strongest and split-season teams proliferate the club-hockey scene, state tournaments will be held to determine which teams will represent those areas at USA Hockey Nationals as American Thanksgiving approaches.

One of our Week 8 Games of the Week comes from one of those tournaments as hockey-hotbed Massachusetts begins the process of crowning its Tier 1 and Tier 2 National Bound champions this weekend. CLICK HERE for the entire slate of Massachusetts State Tournament games.

For our Game of the Week from Massachusetts, we have selected a potential 18U Boys Tier 1 quarterfinal matchup between the No. 11 Boston Jr. Eagles and the winner of a game between the No. 28 GBL Bruins and No. 30 Neponset Valley River Rats.

Massachusetts will crown its Boys 15U, 16U and 18U Tier 1 as well as its Boys 16U an 18U Tier 2 champions this weekend. Girls Tier 1 and Tier 1 tournaments are scheduled for November 25-27. All Massachusetts State Tournament games will take place at New England Sports Center in Marlboro, Mass. and should be available via webstream on LiveBarn.

Our other boys Game of the Week also is an 18U Tier 1 matchup from the Prep Hockey Conference Showcase being hosted by Mount St. Charles in Rhode Island this weekend. The Prep Hockey Conference includes some of the top school-affiliated teams in the United States and Canada. Our featured matchup pits Canada’s top-ranked Independent Prep team, St. Andrews College, against the USA’s second-ranked 18U Tier 1 National Bound team from Mount St. Charles.

Teams competing in this weekend’s PHC Showcase include:

We stay in Massachusetts for one of our girls Games of the Week as the National Girls Hockey League holds its Fall Classic Futures Showcase for 10U and 12U teams in Tewksbury, Mass. Our featured matchup is a crossover 12U Tier 1 vs. Tier 2 contest on Day 1 of the tournament Friday. Also available on LiveBarn, our Game of the Week from the NGHL has the Tier 2 No. 6 Worcester Jr. Crusaders taking on Tier 1 No. 37 Boston Advantage.

Our final Game of the Week is a battle of top-14 USA Girls 14U Tier 2 teams from the CCM Girls World Invite Detroit, which is being held from Friday through Sunday. Our highlighted game features the No. 12 Chicago Hawks facing off against the No. 14 Lake City Whitecaps from Wisconsin on Saturday.

A big Tier 1 vs. Tier 2 USA Girls 12U matchup is one of the highlights of Day 1 at the NGHL Fall Classic Futures Showcase in Massachusetts. Worcester brings a sparkling 15-1-0 record to the Fall Classic, having allowed just 16 goals in 16 games while scoring 110. The Crusaders’ lone setback was a 2-0 decision against the Tier 1 No. 38 Springfield Jr. Thunderbirds Oct. 8. They won a rematch against Springfield, 9-1, in their most recent outing Oct. 30. Worcester has recorded six shutouts this season and allowed more than one goal only twice in the last 13 games and five times overall. The Crusaders have two wins vs. Tier 1 teams and have outscored their last four opponents, 37-1. Boston Advantage is 5-6-0 this year, outscoring their opponents by a 40-34 margin. They have dropped their last two contests, with one of those losses coming against the No. 16 Valley Jr. Warriors, and are 1-6 in their last seven outings after opening the year with four straight wins in which they outscored their opponents, 20-1. Three of the losses came vs. the No. 13 Jr. Flyers, and the Advantage also fell to Springfield, 3-0.

One of the top USA Tier 2 matchups of the CCM Girls World Invite Detroit is slated for Saturday in suburban Detroit. The Hawks head to the tourney with an impressive 13-1-2 record and having outscored their opponents, 58-16. Their lone loss came against Tier 1 No. 7 Chicago Mission by a 5-0 score in the second game of the season Sept. 17. Since then, Chicago has posted 12-0-2 record that includes a 1-0 win against the No. 19 Glenview Stars and a 3-1 victory vs. the No. 20 Naperville Sabres. The Hawks have allowed more than one goal on just two occasions, recording seven shutouts in the process. The Wisconsin-based Whitecaps head to Michigan with a 5-2-1 record, averaging six goals per game while allowing slightly more than two per contest. They are unbeaten in their last three outings (2-0-1), with the tie coming against the No. 13 Northern Michigan K-Stars. They also knocked off Glenview, 4-3 Oct. 29, and fell to the K-Stars and Canada’s No. 14 Soo Jr. Greyhounds that same day.

In one of the year’s top matchups of highly ranked North American prep-affiliated programs, Canada’s top-ranked Independent Prep St. Andrews School takes on USA No. Tier 1 Mount St. Charles in a Prep Hockey Conference showdown Saturday. St. Andrews travels to Rhode Island with a 6-4-0 record that includes a pair of close losses against USA No. 16 Victory Honda, a decisive 8-3 victory against USA No. 13 Bishop Kearney and a 5-4 win over USA No. 7 Pittsburgh Penguins Elite. They have outscored their opponents, 56-29, on the season and are 4-1-0 in their last five outings since a 5-4 loss to Victory Honday Sept. 25. Mount St. Charles enters the weekend at 14-3-2 and holding a 74-41 scoring advantage over its opponents. MSC knocked off the No. 8 Central Mass Penguins, 3-1, in its most-recent contest after recording two wins against PHC-foe and No. 10 USA overall South Kent Selects Academy prior to that. Mount St. Charles also played Pens Elite, falling by a 4-1 margin Oct. 16, and MSC suffered a 5-3 loss vs. Bishop Kearney Oct. 14. They also split a pair of contests against Victory Honda earlier in the season and are 5-3-2 in their last 10 outings after opening the season by winning eight straight. That season-opening winning streak included a 3-0 win vs. Bishop Kearney and wins vs. the No. 11 Boston Jr. Eagles and No. 15 New Jersey Rockets.

The 11th-ranked Boston Jr. Eagles have earned a bye into the Massachusetts State Tournament quarterfinals and await the winner of an opening-round matchup between the GBL Jr. Bruins and River Rats. Boston earned the second seed, with the eighth-ranked Central Mass Penguins getting the top nod. Other seeded teams include the No. 17 East Coast Wizards and No. 20 Valley Jr. Warriors. If the seedings were to hold true, the Jr. Eagles and Wizards would meet in one of Sunday’s semifinals, while the Jr. Warriors and Penguins would face off in the other semi. The Jr. Bruins enter the state tourney with a record of 11-11-1. They have outscored their opponents, 80-60, and are unbeaten in their last five games (4-0-1) after opening the campaign by going 7-11-0. One of those wins was a 5-3 victory over the No. 9 Yale Jr. Bulldogs. Neponset Valley brings a 7-13-5 mark into the weekend, having been outscored, 74-60, to date. The River Rats are 0-6-1 in their last seven outings after going 7-7-4 to start the year. They have a 2-0 win against the No. 13 Bishop Kearney Selects to their credit as well as a 5-2 victory over the No. 15 New Jersey Rockets, a 3-1 win against the Jr. Warriors and a 2-2 tie vs. No. 2 Mount St. Charles. The Jr. Eagles are 18-6-3 and have outscored their opponents, 78-53. They knocked off No. 8 Central Mass, 3-2, in their most recent contest and are 2-0-2 in their last four and 7-2-2 in their last 11. Boston beat Neponset Valley, 6-2, to open the season Aug. 29 and skated to a 2-1 win against the Jr. Bruins Oct 16. They have recorded wins over the nation’s Nos. 8, 12, 13 and 15 teams.