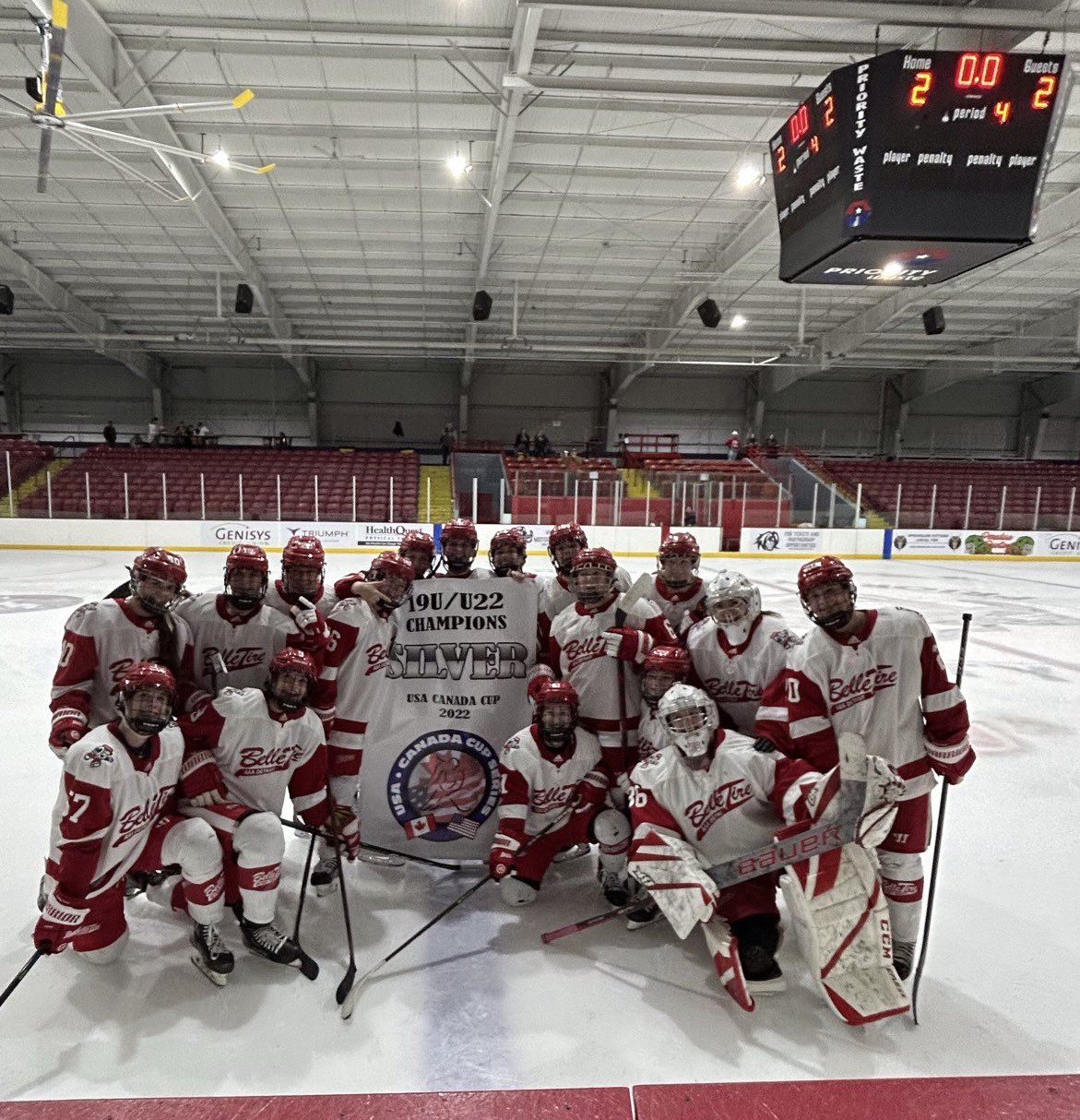 Our featured games came from several showcase events, including the Reaper ’09 Showcase near Chicago, the North American Prospects Hockey League event in Minnesota and the Northeast Pack league showcase in New Jersey. We also had an intercontinental showdown between the No. 2 U22 women’s team in Canada and the ninth-ranked 19U American team at the USA-Canada Cup Series in Michigan.

Here are the recaps from this week’s games:

This ended up being the first of two matchups between these two clubs outside of Chicago as four of the nation’s top-15 2009 boys’ birthyear teams came together for the Reaper Showcase. After dropping their first two games of the tournament to the top-ranked Chicago Reapers and the No. 15 Los Angeles Jr. Kings, the second ranked St. Louis AAA Blues skated to a 3-2 victory in our featured contest before knocking the Stars off again, 2-0, in the semifinals and beating the Kings, 5-2, in the championship game. The Kings upset the Reapers, 4-3 in a shootout, to advance to the finals against the Blues. In our Game of the Week, the Blues broke a 2-2 tie against Dallas with just under 8 minutes remaining in the third period in what was an evenly contested battle. On the game-winning goal, Cayden Jackman chipped a puck in deep that was chased down by Landon Jackman behind the net. After winning the race to the puck, Landon Jackman saw Palmer Masson streaking toward the net and put the puck on his tape to set up the deciding tally. That capped a three-goal rally by the Blues who found themselves trailing, 2-0, with about 12 minutes to play in the second period. But St. Louis got second-period tallies from Liam Power and Trey Wilson to even the score at 2 heading into the final frame. St. Louis posted a 3-2-0 record at the showcase and is 21-4-0 for the season. Dallas went 2-3-0 and is 20-7-0 overall.

This matchup ended up being just one of five victories for USA 19U No. 9 Belle Tire as they skated to the Silver Division championship with a perfect 5-0-0 record at the USA-Canada Cup Series event in Michigan. Forty-eight of the top United States and Canadian junior (19U and U22), U18 and 16U teams competed in the tournament. The Silver Division featured seven of America’s top-22 19U teams and six of Canada’s top-27 U22 clubs. CLICK HERE for the complete tournament results. Belle Tire knocked off Canada’s No. 17 Kingston Ice Wolves and No. 39 Southwest Wildcats before facing Oakville and coming away with a 2-0 victory. BT would go on to beat Canada’s 28th-ranked Ridley College prep twice to capture the tournament title. They finished the event with an overall season record of 12-2-0. Oakville went 2-2-1 to leave Michigan with a 10-4-2 mark. The Hornets also fell to USA No. 2 Chicago Mission, tied No. 33 Honeybaked and beat the 15th-ranked Windy City Storm and 45th-ranked Biggby Coffee.

Last weekend, the second 2022-23 event for the North American Prospects Hockey League’s T1ER Division was held in Blaine, Minn. The NAPHL is affiliated with the North American Hockey League (NAHL), one of the top junior leagues in North America. This MHR Game of the Week was part of that event. It was a prime opportunity for players to showcase their abilities in front of Tier 2 NAHL coaches with the league’s tender agreements for the 2023-24 season being released in the near future. The T1ER 18U and 16U league games were intentionally scheduled on Sunday and Monday for this event to avoid conflicts with junior clubs playing their own games and in an effort to allow more NAHL scouts and coaches to see more NAPHL prospects. This was the opening game of the Showcase for both teams, with CarShield skating to a 4-1 victory en route to a 3-1-0 weekend record. CarShield’s only loss was a 5-4 shootout decision vs. the No 7 Esmark Stars. Omaha posted a 2-2-0 record in Blaine. CarShield opened the scoring 8:26 into the opening period on Tyler Dale’s goal, but Omaha’s Ty James made the score 1-1 at 10:21 of the second with an assist going to Jack Dube. It was all CarShield from there, however, as Ryan Andor made it a 2-1 game less than two minutes later, with J.P Piwowarczyk and Nick Puricelli each potting a goal in the third period. Dale and Piwowarczyk each finished with a goal and an assist. Omaha’s Ryan Hacker stopped 25 of the 29 shots he faced, while Brady Govero stopped 14 shots to earn the victory in goal for CarShield. CarShield is 17-5-0 this year, and Omaha is 10-7-0.

Some of the United States’ top boys’ Tier 1 14U, 15U, 16U and 18U programs faced off in Bridgewater, N.J. in another Northeast Pack Showcase over the weekend. Other clubs attending the event included the Bishop Kearney Selects, Mount St. Charles, Pens Elite, Mid-Fairfield Jr. Rangers and Chicago Reapers. The Gulls capped a solid 2-1-0 weekend with a 3-2 victory in this battle of top-15 teams. Long Island dropped a 4-3 decision to No. 2 Mount St. Charles and beat No. 3 Pens Elite, 4-1. The Gulls improved to 15-6-4 on the year at the showcase. They sit in third place in the Northeast Pack with 7 points and a 3-2-0 league record. The Rockets are three points behind Long Island in the league standings at 2-3-0 following their 1-2-0 weekend. They beat the ninth-ranked Chicago Reapers, 8-2, and lost to the No. 10 Bishop Kearney Selects, 3-1, to head home with a 16-11-1 overall record. In our game of the week, Brady Silverman got New Jersey on the board first with an unassisted first-period tally before the Gulls responded with a pair of second-period markers to take a 2-1 advantage into the final period. Anthony Cappello and Jake Johner scored for Long Island, with Demitri Diflorio, Connor Reagan and Trace Day picking up assists. William Sheridan buried a power-play marker with 16:11 left in regulation to tie the game at 2. Leighton Biesiadecki and Elian Estulin picked up the helpers on the second Rockets goal, which set up Jett Kosman’s game-winner for the Gulls off a Cappello feed with 3:56 left. Aiden Wright turned aside 28 New Jersey shots to earn the win in goal, while Rockets netminder Ethan Marich recorded 36 saves in defeat.