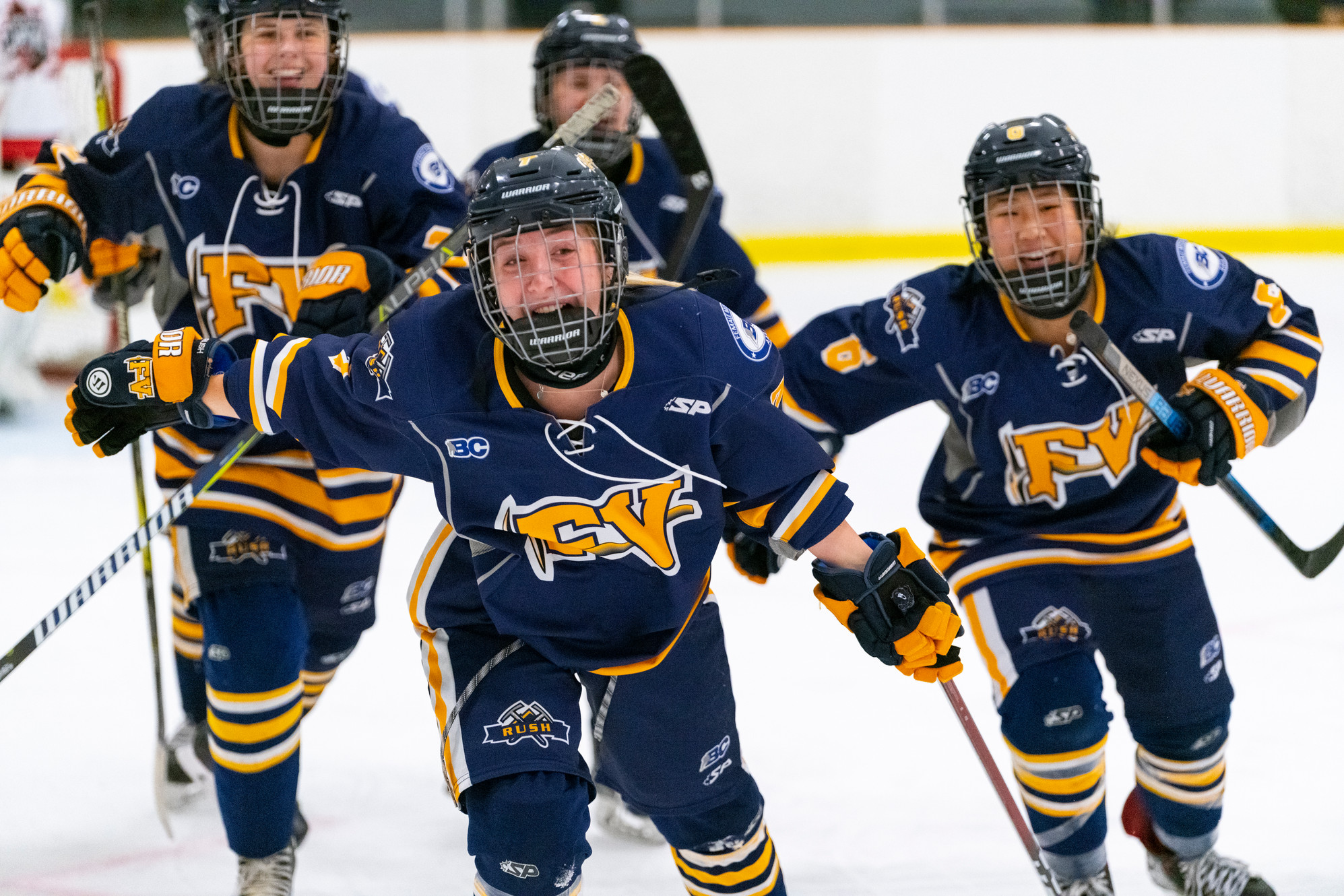 Here is a recap of our Week 2 Games of the Week, which featured three games that were decided by a total of four goals and a 2021-22 league-championship rematch:

The Rush, with 16 players returing from last year’s multi-championship roster, rolled in a rematch of the 2022 BECHL Championship Finals at the BCEHL Showcase in Surrey, BC. Three players scored two goals apiece for Fraser Valley in the victory, Anna Diane McKee, Leah Barnard and Maggie-Kate Fitzpatrick. Aynsley D’Ottavio and Vienna Rubin also scored for the Rush, while Clara Juca picked up the win as the starter in goal. Jessica Brewer netted the lone Northern Capitals goal. Fraser Valley hasn’t missed a beat heading into the 2022-23 season, sprinting out of the gates to a 17-3-1 record by outscoring its opponents, 87-26. The Rush went 4-0 at last weekend’s showcase, outscoring its foes by a combined 24-4. Northern, which has nine returning players from last year’s league finalists, was 0-3-1 at the showcase

After these two teams played an overtime thriller, which was won by top-ranked Shattuck 5-4 Thursday, the Sabres came right back and skated to a 4-2 Upper Midwest Elite League victory at home Saturday. Shattuck also knocked off No. 9 Minnesota Elite Empowers, 5-3, Sunday to improve to 13-1-0 on the season. Minnesota Elite Tradition rebounded with a 1-0 win against No. 12 Shattuck-St. Mary’s 19U on Sunday and is 5-5-2 after the weekend. The Sabres have been led thus far by Irvine, Calif., native Alie Lalonde, who has 6 goals and 17 assists for 23 points. Delaney Fleming of Rochester, Minn., has 10-9-19, with Morgan Scannell from Wynantskill, N.Y., adding 8-9-17. In goal, Genny Klein from Lakeville, Minn., and Madelyn Katz from Mahtomedi, Minn., have split time with Klein going 7-0-0 and Katz posting a 6-1-0 mark. The Sabres have outscored their opponents, 70-21, and are allowing fewer than two goals per game.

The Jr. Flyers skated to a one-goal victory in this Keystone State rivalry game at the first EP Cup Series event outside of Philadelphia. They posted to a 2-0-1 record at the showcase and improved to 13-1-1 on the year. Philadelphia is unbeaten in its last 11 games and has outscored its opponents, 64-19, on the year. Esmark went 1-1-1 for the weekend and is 11-3-1 and holds an 80-18 scoring advantage over its foes this season. In Saturday’s contest, there was no scoring for the first two periods, but that changed dramatically in the third as the teams connected three times in the opening minute. Esmark jumped to a 2-0 lead in a 23-second span on tallies from Brody Simko and Mark Trischler, but Joseph Cardarelli answered 27 seconds later to cut the margin to 2-1 with 19:09 left in regulation. Jeffrey Hammond tied it up on the power play with 8:44 left off Michael Cardarelli’s feed before Thomas Fetterman potted the game-winner, also with the manpower advantage, with 2:33 left. Michael Cardarelli finished with two assists for the Jr. Flyers, while Colin Ruffner handed out a pair of helpers for Esmark.

A pair of top-five rivals played a one-goal white-knuckler during the first Northeast Pack weekend of the year, with the No. 4 Selects surviving a third-period rally by Mount St. Charles to earn the 4-3 victory. It took a short-handed goal by Cameron Reid for BK to pull off the victory after MSC had scored twice early in the third to overcome a 3-1 deficit. Tristain Hagerman scored with 14:44 left and Dylan Krayer followed that up 40 seconds later to even the score and set up Reid’s heroics. The Selects got goals from James Sutherland, Danny Wehle and Cooper Dennis – sandwiched around a MSC goal from Nick Whitehead – to post a 3-1 advantage heading into the final frame. MSC posted a 30-25 shots advantage in the loss, which left their season record at 11-2-0 after a 2-1-0 weekend showing. BK was 3-0-0 on the weekend and is 8-5-3 on the year despite playing the nation’s toughest schedule to date. They outscored the No. 21 NJ Rockets by a combined 12-3 in their other two victories. MSC beat the No. 10 Long Island Gulls, 5-2, and No. 3 Pittsburgh Penguins Elite, 6-4.=