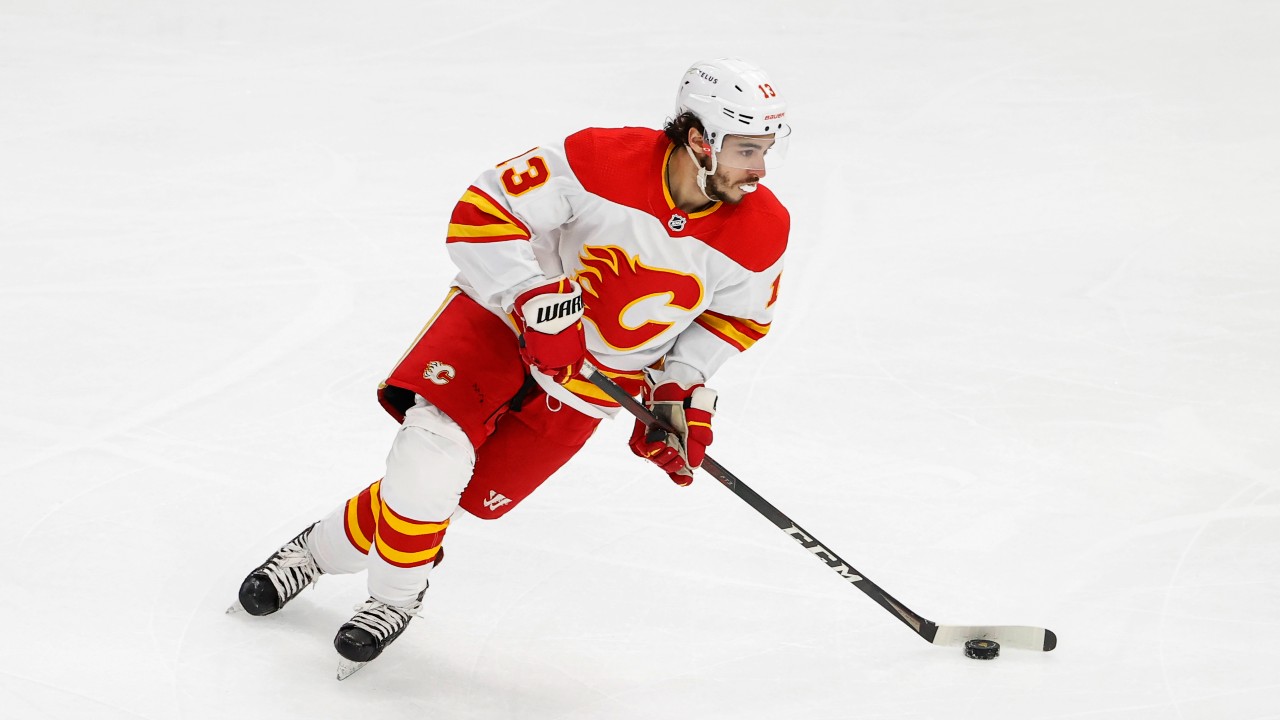 During the last few years we’ve been treated to much more high-level summer hockey than usual thanks to COVID-impacted National Hockey League seasons and international tournaments that have been postponed, rescheduled, postponed again and finally played.

While bonus hockey has been a welcome addition to every fan’s summer itinerary, it has stolen some of the luster usually reserved for the annual NHL free-agent frenzy that usually begins on July 1, a date that is circled on most of our calendars every year.

That may not be the case this year.

In recent years, the flood of warm-weather hockey and the extension of the NHL seasons deep into the summer have overshadowed what for most fans has become their Christmas in July. The highly anticipated opening day of free agency has gotten lost in the shuffle recently thanks to changing dates and more summer sports activity than normal.

This year, however, there already has been a flurry of activity leading up to Wednesday’s noon EDT opening of free agency. The list of unrestricted free agents may be the deepest in recent memory, and it includes some superstar and Hall-of-Fame caliber players who are likely to change addresses prior to the 2022-23 season.

There have been many articles posted about this year’s crop of free agents accompanied by the obligatory lists of the top players available, team wish lists and fan blogs about which players their favorite teams should pursue – which usually amount to which players fans want their favorite teams to pursue regardless of the organization’s real needs and salary cap constraints.

Between social media trolls and NHL “insiders” trying to be the first to break the news about any trade, signing or re-signing, we are bombarded with news – some of it true and much of it not – leading up to the official launch of free agency. And this year has been no different.

In fact, given the status of some of the players who potentially will become available at noon Wednesday, it seems as though the NHL’s free-agent frenzy has received the attention we came to expect in pre-COVID days. And those names and their status seems to change on an hourly basis as the witching hour approaches.

Just last night future Hall of Famer Evgeni Malkin, considered among the top-five available unrestricted free agents, re-signed with the Penguins after it appeared the team had walked away from its best-supporting actor Monday, citing fears about giving an aging, oft-injured yet supremely talented superstar a lucrative long-term deal at age 36.

Pittsburgh appeared to have wrapped up its pre-free agency moves Monday and Malkin (Who can’t picture his sad, pouty face saying this?) told teammates that the team didn’t think he was very good anymore. Lo and behold, the Pens and their gifted Russian forward came to terms on a four year, $24-million deal last night – a deal that might be more focused on giving their other superstar, Sidney Crosby, the best possible shot at one more Stanley Cup. The team also re-signed forward Richard Rakell earlier in the week with that in mind.

Ottawa also was active, trading goalie Matt Murray to the Toronto Maple Leafs, who always seem to be in the market to upgrade their goaltending and who apparently thought wouldn’t be able to sign top free-agent netminder Darcy Kuemper or to re-sign Jack Campbell.

Kuemper became expendable despite leading the Avalanche to the Stanley Cup once they traded for New York Ranger backup-goalie Alexander Georgiev, a young talent who was stuck behind another 26-year-old tender who just happens to be the Vezina Trophy winner. The Blues traded the rights of the other top goalie expected to be on the market, St. Louis’ pre-playoff starter, Ville Husso, to Detroit just last week.

The potential free-agent market also took a hit in recent weeks as Colorado re-signed playoff-hero Valeri Nichuskin to a massive eight-year deal and Nashville did the same with its top player, Swedish forward Filip Forsberg.

And in just the last few hours Edmonton re-signed enigmatic forward Evander Kane, who finally seems to have found a home, to a four-year deal and the NHL’s second-leading scorer, Johnny Gaudreau, indicated that he will be leaving Calgary despite the Flames seeming willingness to make him the league’s highest-paid player.

Despite Nichuskin, Forsberg, Malkin, Kane and Husso being plucked from the market, this year’s class of unrestricted free agents still has a nice mix of high-end stars, solid veterans and potential under-the-radar players who may be ready to take the next step forward in their careers with a change of scenery.

How Does Free Agency Work?

Before we get into the details of who is available, here is a quick primer on how NHL free agency works.

Unrestricted free agents, known in the hockey world as UFA’s, are players whose contracts are expiring and have played at least seven years with the same team or who have turned 27. Younger players whose contracts expire and whose teams choose not to extend “qualifying” contract offers to them also become UFAs. This year that list includes players such as Washington Capitals goalie Ilya Samsonov as well as Chicago forwards Dylan Strome and Dominik Kubalik.

It's not that surprising that the Blackhawks would move on from those players as their trades of young star Alex DeBrincat and former top-five draft pick Kirby Dach in recent weeks have screamed to the hockey world that the franchise overhaul in Chicago is in full swing. It remains to be seen what happens with veteran Stanley Cup-winners Jonathan Toews and Patrick Kane, who would be highly coveted by many teams via trade. The issues with moving those two, of course, would be fan backlash and that the Blackhawks could fall below the required salary-cap minimum by moving those two large salaries.

Speaking of the salary cap, this year’s cap maxes out at $82.5 million per team and carries a $61-million minimum. That means the total average value of an NHL team’s contracted salaries including annually pro-rated signing bonuses, must fall between those two figures. Some teams, such as Anaheim, have about half of their cap available, while others such as Vegas and Tampa Bay literally have no wiggle room, according to the website Cap Friendly. And somehow. the loaded Avalanche still have almost $15 million available even after retaining Nichuskin.

When figuring out where players might sign, it seems simple simple enough to match up the best-available players with the teams that have the most cap space, but it’s not nearly that simple. Teams with the most money available such as the Ducks, Buffalo, Detroit and Arizona are in full rebuild mode and are at the bottom of the standings. Top players over the age of 27 want long-term security and a chance to win. Rebuilding teams are looking to use their available money to invest in more younger players to build depth and be competitive in future years.

That match just doesn’t work out.

Teams such as Carolina, which looked to be a Cup contender the past few years and may be a piece or two away from a championship, and Dallas, an aging team with a strong veteran core that has been the Finals recently, might be attractive landing spots since they both have more than $15 million available and could be viewed as having championship potential.

Carolina appears to be walking away from second-line center Vincent Trocheck potentially in hopes of landing versatile and skilled veteran Claude Lemieux. Meanwhile, many had Pittsburgh-native Trocheck ticketed for his hometown Pens, who probably aren’t interested now with Malkin back in the fold.

Some outlets had mentioned the possibility of Malkin heading to Washington, which desperately needs a No. 2 center with Nicklas Backstrom out indefinitely, to play alongside longtime friend and countrymen Alex Ovechkin. But it has been widely reported that the Caps, who went from having two pretty good young goalies to zero goalies of any kind by trading Vitek Vanacek and not qualifying Samsonov, are going to sign Kuemper. Is it possible Washington now could fill its two most pressing needs by signing both Kuemper and Trochek?

Not so fast, the huge-market Rangers are always a player in free agency and appear to be losing late-season addition Andrew Copp, so the Broadway Blue Shirts may be in the market for Trocheck or Strome.

This is all part of putting the puzzle together and what makes free agency so much fun.

One other thing to keep in mind is that the younger players with expiring contracts who do receive qualifying offers but don’t immediately sign them become restricted free agents or RFAs. These players can receive contract offer sheets from other teams in the league, but the team that owns their rights can choose to match any offer these players receive to retain their services.

It's fairly rare for players to receive legitimate offer sheets, but Montreal and Carolina have been involved in some offer-sheet shenanigans the past two years, so you never know. Another Calgary star, Matthew Tkachuk, falls into the RFA category, but with Gaudreau moving on and about $26 million in cap space available, it seems unthinkable that the Flames won’t step up and lock him in for the long term with a lucrative offer. Losing Gaudreau also allows Calgary to become a player in the market for some of the other big-name UFAs.

Here is a look at this year’s top UFA’s

These guys are very good players who won’t be in quite as high demand as the top five and also will be more realistic targets for more cash-strapped teams:

These are underrated, under-the-radar players who are on the market and can make a difference at a bargain price compared to some of the others: