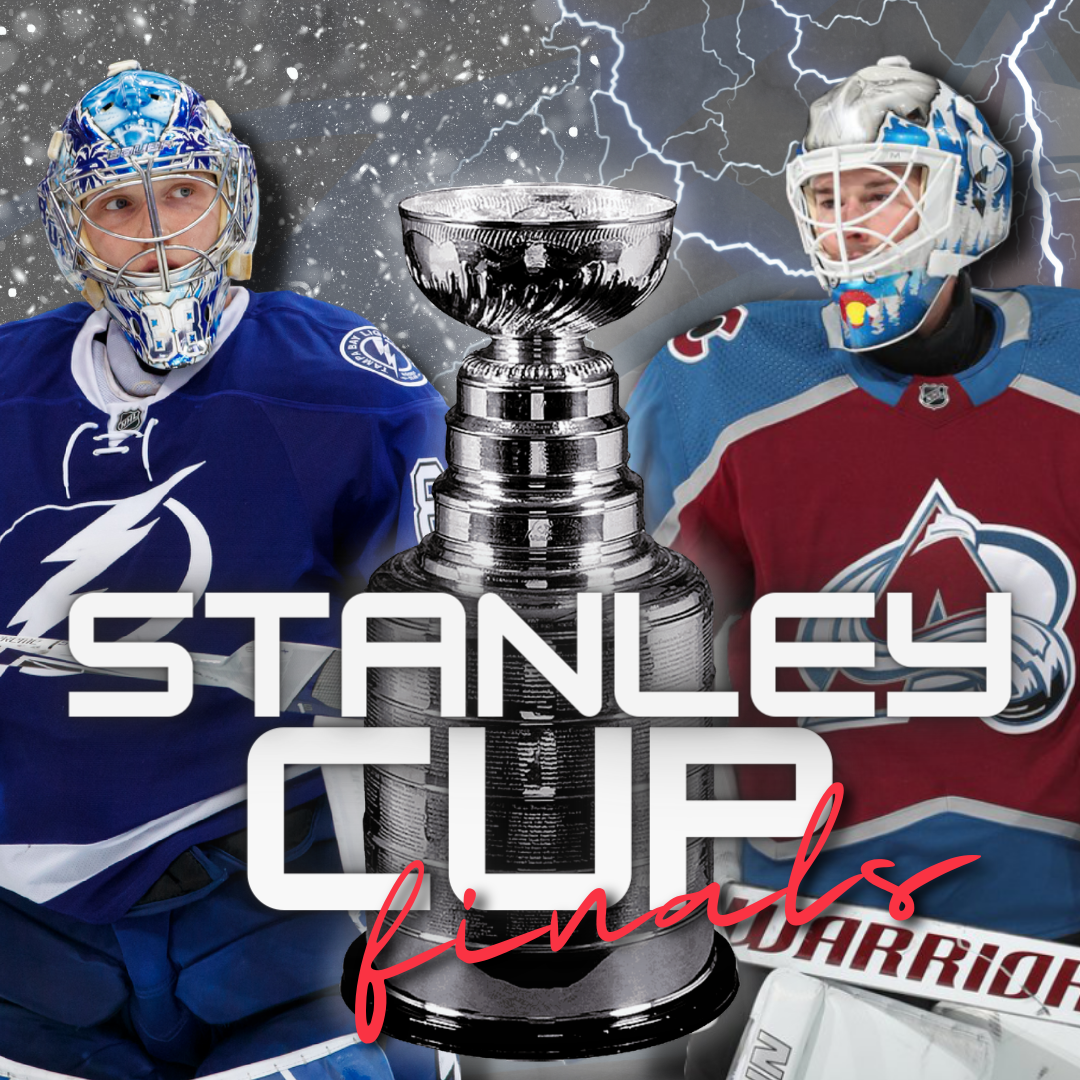 As we prepare for Game 1 of the National Hockey League’s Stanley Cup Finals, it’s almost like déjà vu all over again.

You see, almost 40 years ago there was a National Hockey League team with several of the game’s young superstars on its roster that routinely steamrolled its competition during the regular season. The club captured two-straight division championships, recording more than 100 points in the standings both times, and rolled to an 11-1 record in the playoffs to advance to its first Stanley Cup Finals.

The fun ended there, however, as the NHL’s future ran into a veteran juggernaut that had captured three-straight Stanley Cups and wasn’t quite ready to relinquish its stranglehold on the greatest trophy in all of sports.

That series ended with a four-game sweep in favor of the grizzled vets in what proved to be a humbling – yet necessary – bump in the road for the upstarts.

“They knew how to win, how to play a solid defensive system that was hard to penetrate, and we knew in order for us to win we had to shore up our defensive game and play tight as a team,” the club’s future captain, who also would end up in the Hall of Fame, told NHL.com many years later. “They took things we liked to do away from us.”

Despite having a wealth of talent and younger legs, the players on the losing side didn’t understand the sacrifice and commitment to each other necessary to win a Stanley Cup until they noticed that the players on the winning team were covered in ice packs while celebrating in their locker room. While they were hurting emotionally, that fledgling group simply wasn’t feeling the physical pain indicative of a team that had done absolutely everything in its power to win a championship.

“They knew how to win and sacrificing yourself in a lot of situations was part of it,” that same player recalled.

That telling mental photo of the bruised and battered champions drinking from the Stanley Cup remained etched in the minds of the players on the losing team. They opened the following season by winning their first seven games en route to a 16-3-1 start that snowballed into 29-7-4 and 39-9-5 records as the club compiled 119 points to capture the Presidents’ Trophy.

A heart-stopping seven-game series victory against a hated rival in the division finals was the wakeup call and adversity needed to propel the group to a sweep in the conference finals and 4-1 series win in the Stanley Cup Finals against the four-time Cup winners who had shown them the way just one year prior.

That was the first championship for = that’s right, you guessed it = the Edmonton Oilers of the 1980s who would go on to win four out of five and five out of seven Stanley Cups between 1984 and 1990. Of course, the opponents they finally knocked from the throne were the New York Islanders, and the quoted player was Mark Messier.

Fast forward your VCR and then your DVR to 2022, and once again the NHL is at a crossroads.

The two-time defending Stanley Cup-champion Tampa Bay Lightning are looking to secure their place in the all-time hockey dynasty discussion and become the first three-peat Stanley Cup winners since those Islanders of the early ‘80s. Standing in their way is a Colorado Avalanche team that is loaded with talent and looking to finally break through after failing to advance past the second round at any point during the nine-year career of superstar forward Nathan MacKinnon.

Much like that first Oilers group, the Avs have cruised into this year’s Finals with an overall postseason record of 12-2 that includes four-game sweeps of Nashville and Edmonton. Meanwhile, the Lightning were taken to the brink in an opening-round seven-game series by another young and talented team experiencing its own postseason growing pains in the Toronto Maple Leafs. From there, Tampa Bay swept the Presidents’ Trophy-winning Florida Panthers and eliminated the gritty and talented – but also young – New York Rangers in six games.

Colorado has won three division championships during the MacKinnon era and this year compiled the most points in the Western Conference. The question entering the Finals is whether the Avs have learned enough from those early playoff exits to overcome a veteran team that boasts the best goaltender in the world in Andrei Vasilevskiy, one of the NHL’s top coaches in Jon Cooper, world-class talent on the front and back ends and that has been there, done that. Twice.

Keep in mind that there was a lot of heartache involved for Cooper and the Lightning before they finally broke through two seasons ago. Tampa Bay has advanced to what amounts to the conference finals in six of the last eight seasons, but it took the Lightning until 2020 to finally hoist the Cup.

While on paper Colorado matches up well with any team in the league, it has been proven time and again that it takes a lot more than talent to win the Stanley Cup. That’s why it’s the hardest trophy to win in all of sports.

The Lightning opened the season facing serious salary-cap constraints, which forced them to move on from several key players who helped them win the last two Cups. Tampa Bay also had endured the grueling paths required to capture the last two titles, which many people expected would take a physical toll on veteran players like Steven Stamkos, Alex Killorn, Ondrej Palat, Victor Hedman and Ryan McDonagh. And don’t forget that this is the fourth-straight run to the Cup Finals for 34-year-old veteran Pat Maroon.

Tampa Bay did appear sluggish – almost bored – at times during the regular season, finishing third in the Atlantic Division to set up that thrilling opening-round series against Toronto. That may have been just the challenge the Lightning needed, however, to get their game in order and prove to themselves that they had what it took inside to make another deep run.

Great teams embrace the grind, so perhaps facing the talented Leafs right away stirred those familiar emotions and reminded the Lightning players just how much fun this time of year can be. In addition, each of the past two seasons was affected at least somewhat by the pandemic, so those folks whispering that Tampa Bay’s accomplishments may be tainted had to serve as motivation for a proud veteran group.

“One of the things we talk about, not only this year, but the year before, is why other teams don’t get back there,” Cooper told The New York Times. “Is it just enough that you got your name on the Cup, you exhale and it’s okay, you get a few mulligans for the next couple of years?”

This series figures to be one of the fastest and most exciting Finals in recent memory. It’s MacKinnon’s first shot and possibly the last hurrah for this Tampa Bay club. Colorado boasts perhaps the best young defenseman in the world in Cale Makar to go along with a talented and deep group of forwards and a mobile, experienced defensive corps.

The Lightning have the edge in goal, but the Avs have upgraded there with veteran Darcy Kuemper, and of course Tampa Bay understands the grit, commitment and sacrifice necessary to win the Cup that Messier talked about all those years ago.

At this point, however, with the Finals looming and getting underway Wednesday at 8 p.m. ET, the players will take the ice playing for the greatest trophy in sports and the one thing that drives all hockey players from the time they first set foot on the ice as kids until that moment when they actually get to hoist it: the Stanley Cup.

"I'm not trying to get caught up in all of this," MacKinnon told NHL.com. "This is a brand-new series, obviously. Whether it's the first round or the Final, we're playing this one team in this playoff round. I think we have to narrow our focus, stay in the present, just be ready for tomorrow night and go from there."

All the conjecture and talk about past lessons learned, which team has more talent, if one team is too tired to win, if one team isn’t ready to win yet and which team is likely to be more nervous or motivated gets thrown out the window when the puck drops Wednesday.

Because it’s the Cup.