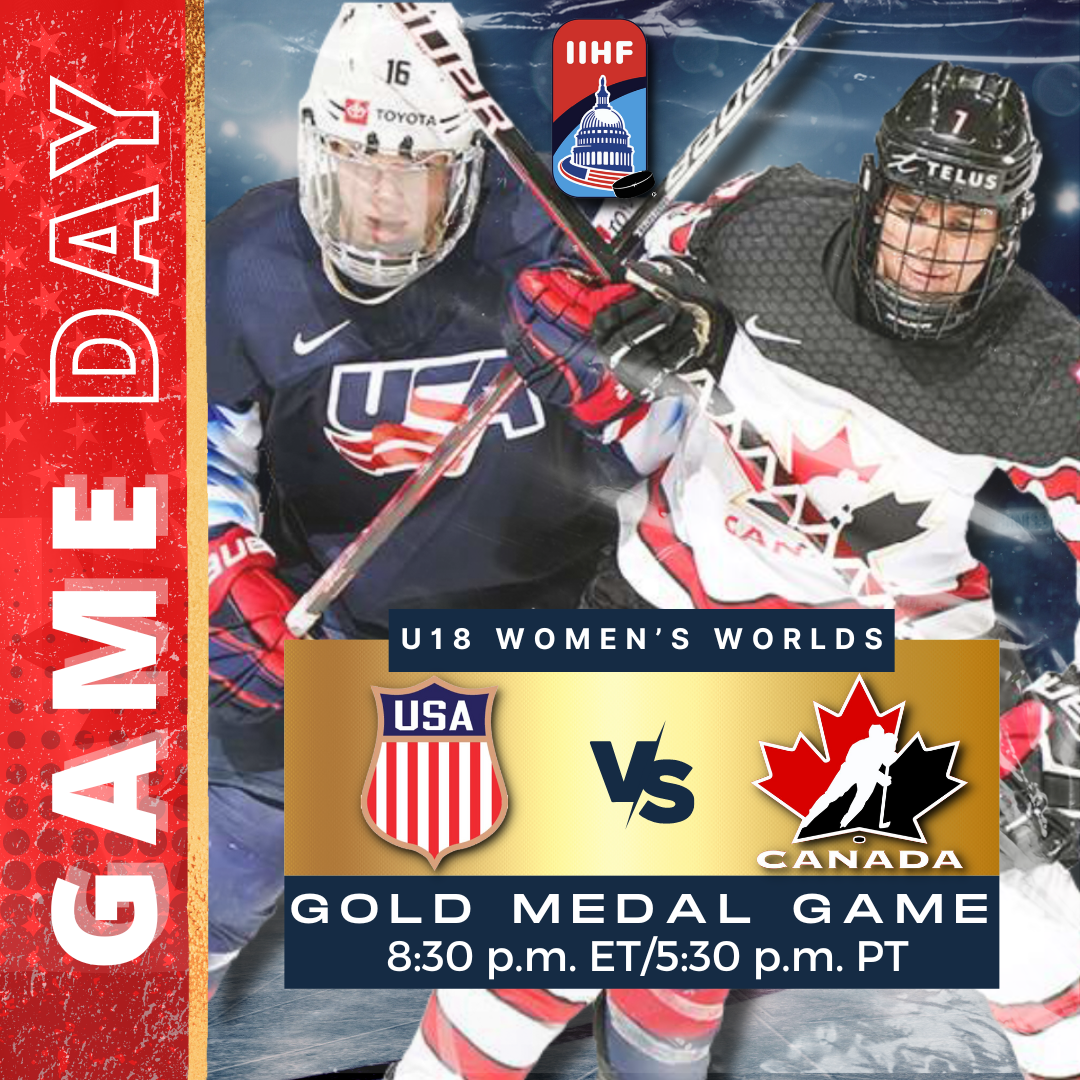 No Matter the Path to Get There, the Numbers Say U.S. vs. Canada Will Thrill

Apparently, the best path from point A to point B isn’t always a straight line.

After one of the most evenly matched preliminary rounds in Under-18 Women’s World Championship annals, one that included several upsets and surprising results as well as six of the eight teams posting 1-2 records, the final matchup is exactly what everyone expected.

Tonight at 8:30 p.m. ET live on TSN in Canada and the NHL Network in the United States, it will be the Canadians and Americans battling it out for gold yet again in at the International Ice Hockey Federation U18 WWC in Madison, Wis.

It’s been quite the roller-coaster ride for these two teams to get this point, a wild ride that began back on Dec. 24 when the IIHF announced the event would be canceled. Then, after nearly two months of backlash and prayers from everyone affected, it was announced that the tournament would be played after all in June on U.S. soil in Wisconsin.

The tortuous and torturous ride continued throughout the tournament for the Canadian team, which opened play with a stunning 2-0 loss to Finland – a team it had never lost to at U18 Women’s Worlds – before suffering its worst tournament loss ever against the Americans, 7-0, in the final game of preliminary-round play. That contest also marked the first time the U.S. had shut out Canada in U18 WWC play.

Canada managed just three goals in opening-round play, all of them coming in a methodical 3-1 win against Sweden, which left the Canadians as Group A’s third seed heading into the playoff round. That meant they had to take on a surprising Slovakian side that was a last-minute replacement for the suspended Russians in the quarterfinals.

The Slovaks needed to win by four goals against Germany in their final opening-round game to advance, and they did just that with a late third-period goal that secured a 6-2 victory. Perhaps inspired by the return of injured forward Jade Iginla, Canada finally got its offense in gear by skating to a 7-0 victory against the tournament’s hottest goalie to advance to a semifinal rematch vs. the Finns Sunday.

The tense moments were far from finished for the Canadians, however, as they would need a goal midway through the third period from Madison Chantler to earn redemption and a 2-1 semifinal victory. Much like in the first matchup, Canada outshot the Finns, 45-10, but struggled to finish. Iginla netted her first goal of the tournament in the first period, but Finland scored in the second to set up the third-period game-winner.

"It has been an extraordinary experience for [the team] off the ice, and we have a very tight-knit group, " Canadian coach Howie Draper told the Canadian Press following Sunday’s semifinal win. "It has taken a little longer than we might have expected, but we are starting to come together as a team on the ice. I think we are getting better every game and hopefully [Monday] will be our best game of the tournament, which is what we were shooting for."

Chantler sounded relieved and excited when making her post-win comments.

"I am so proud of this team,” she said. “We would not have been able to [get to the gold-medal game] if we did not all work together. The energy is pretty high in the locker room."

Once the pre-tournament ups and downs were in the rearview, the United States had a smooth ride to the semifinals, outscoring its foes by an astounding 18-1 margin in three victories to earn the overall top seed in the playoff round and a bye into the semifinals. The road got a little bumpy vs. Sweden in the semis, though.

Despite carrying play for much of the opening 60 minutes and unleashing a barrage of shots on unflappable Swedish netminder Lisa Jonsson, the Americans trailed, 2-1, entering the final frame. They found a way, however, with Margaret Scannell and Grace Dwyer potting third-period goals to send the U.S. on to the gold-medal clash we were all looking forward to.

American team-scoring leader Laila Edwards, who has four goals and four assists, caused the turnover that led to the winning goal and set up Dwyer for the emphatic finish.

“It was an awesome feeling,” Dwyer told the IIHF after the game. “Basically, all I had to do was just shoot it and it went in. But it was a huge goal for our team to make it to the gold-medal game. It really didn’t matter who scored. It was just that we’re moving on.

A true test complete with a third-period comeback, a little bit of adversity, some questionable officiating and a hint of in-game jitters might have been just what the doctor ordered for a U.S. that had a surprisingly easy road to that point of the tournament.

Given the history of the U.S.-Canada women’s hockey rivalry, no one expects Monday’s world championship-tilt to remotely resemble the Americans’ 7-0 preliminary-round victory.

“I think this is basically what everybody on our team has been training for since we started playing hockey,” said Morrow, who leads all tournament defenders in scoring with eight points. “So, it’s really exciting. And we’re just going to rely on our habits and go back to the basics in order to play our best to win the gold.”

U.S. coach Katie Lachapelle expects a game more like the 2020 gold-medal matchup, which the Americans won 2-1 in overtime, than the surprising preliminary-round victory the U.S. recorded just a few days ago.

“We know that it won’t be that,” she said. “I expect just a hard-fought game like we had {Sunday}. Both teams are going to probably have to face a little adversity throughout the game. I know it’s going to be a fantastic game.”

All it takes is a look inside the numbers when these two teams face off to see why Lachapelle feels that way.

This will be the two nations’ 13th gold-medal-game clash in 14 U18 WWC tournaments, with the only other medal-round meeting ending in a 4-3 semifinal shootout victory for the U.S. in 2018.

United States vs. Canada Inside the Numbers