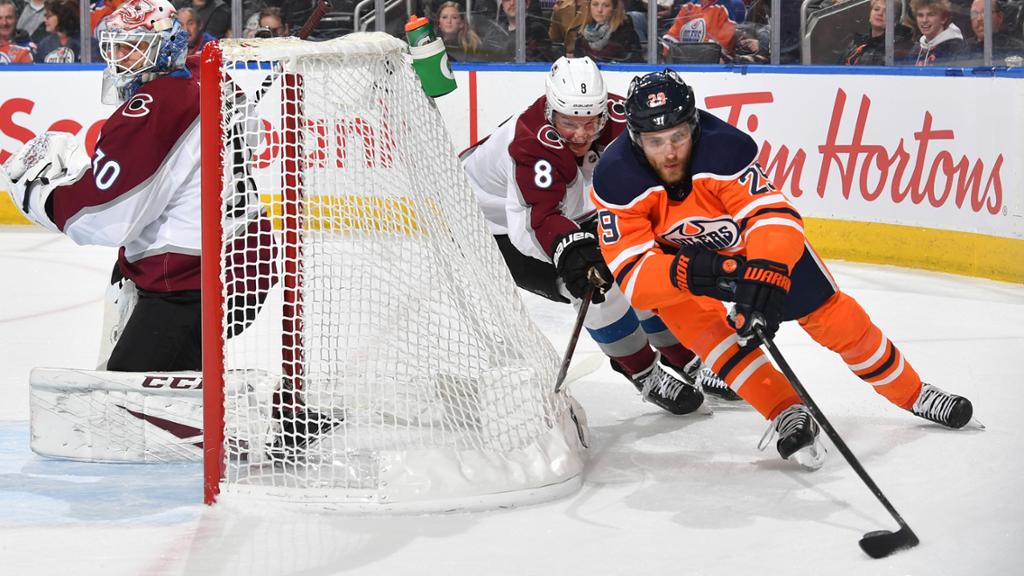 It’s nice to be able to make your own rules and get some vindication – or at least a little bit of redemption. At the same time, it’s kind of embarrassing to give yourself a do-over and still only get it partially right.

After going 4-for-8 with my opening-round National Hockey League Stanley Cup Playoff selections, which were reasonably close to being much better, I granted myself a reprieve and re-picked the winners using only the teams that won first-round series.

I deserved it, at least according to me.

After all, I called the Capitals-Panthers series perfectly, and my bracket would have looked infinitely better had the Penguins not choked their series away with their third-string goalie playing most of the time, the Leafs not gone belly-up – again - and the Bruins managed just one measly road victory.

Over in the Western Conference, my initial bracket correctly picked the two finalists, and so did my do-over bracket. The only missed series to date on that side of the draw was the Round 1 matchup between St. Louis and Minnesota.

The sad part, however, is that even with a second chance my predictions only nailed two of the four conference finalists, although both my initial and second-chance Stanley Cup winners are still alive. Unfortunately, they are in the same conference and likely will be beating each other’s brains out for seven games with only one moving on to the Finals.

My initial Final Four included the Avalanche, the Oilers, the Bruins and the Leafs, and I had Colorado winning it all over Toronto in an epic seven-game Finals.

Upon further review after giving myself a second chance, I went with the Avs, Edmonton, Tampa Bay and Carolina. And if I had a clue and understood what an absolute juggernaut the Lightning are and that they still would be supremely motivated to capture their third title in a row after winning the first two following COVID-shortened seasons, my two Cup finalists would still be alive.

Apparently, though, I only have half a clue since I picked the Canes to knock off Tampa Bay before falling to Edmonton in the finals. So much for redemption.

But even though I’m giving myself one final chance to back away yet again and change my mind about who I think will win the Stanley Cup, I’m not taking the bait. The second time around I went with Edmonton, and I’m sticking with it. There’s no chance that anyone is convincing me to pick against McJesus and Ben Stelter, the Oilers’ newly appointed 6-year-old good-luck charm.

I mean did you see the 16,000 fans at Rogers Place for a Game 5 watch party Thursday sing happy birthday to Ben prior to Edmonton’s Game 5 series-clinching victory in Calgary? You really think I’m picking against that and spitting in the face of karma?

Then there was the message Oilers’ superstar Leon Draisaitl sent to Ben after that game: "Hi, buddy. It's Leon here, one of your good friends. Happy birthday, Ben. We love you. We know you're cheering for us. We're excited to see you in Round 3.”

While I’m happy to provide a more thorough and scientific analysis of the upcoming conference finals, nothing that I can discover or uncover will make me change my mind. Edmonton is going to win the Stanley Cup for Ben. There’s no doubt in my mind.

Since I get paid by the word, though (not really, although I’m sure many of you believe that), here is a more detailed look at what should be two great conference-championship series:

Where this all started unraveling for me was about the same time the Pittsburgh Penguins began their opening-round gagging fit. The New York Rangers, in my mind, had overachieved all year. They were due for a playoff regression across the board, at least according to me.

In breaking the team down on paper, it seemed clear that New York had performed at a level that exceeded pretty much everyone’s preseason and in-season expectations. No doubt, the Rangers entered the postseason with proven veteran star power up front in Artemi Panarin and Mika Zibanejad and on the blue line in reigning Norris Trophy-winner Adam Fox and Jacob Trouba. But could the supporting cast members continue to perform at the same level they had during the regular season?

Power-forward Chris Kreider potted 52 regular-season goals, 30 more than he totaled the previous year and 24 more than his next-closest season high. Meanwhile, 26-year-old netminder Igor Shesterkin, who entered the season with 43 career starts – including one in the postseason - performed at a level high enough to be labeled a Vezina Trophy lock by almost every hockey pundit in North America.

To put Kreider’s season in perspective, he scored 52 goals in 81 games and entered the postseason with 32 career playoff goals in 94 contests. That type of playoff production is not bad by any stretch of the imagination, but it is not close to Kreider’s performance in 2021-22.

It would have been foolish to believe that he would score at a pace similar to his regular-season output and also to think that Shesterkin wouldn’t feel any postseason pressure or fall back from his 2.07 regular-season GAA to something that more closely resembled the 2.52 and 2.62 numbers he had posted in previous regular seasons.

And if those two key cogs regressed, it correlated that the team’s overall performance likely would suffer as well. That was the line of thinking, at least, and when Pittsburgh jumped to a 3-1 series lead and had New York on the ropes in Game 5, those thoughts seemed well on the way to becoming reality.

Shesterkin struggled early in the series and was pulled twice in the first five games, although his Game 4 benching was more based on how the team played in front of him than his own performance. Playing with nothing to lose since then, however, Shesterkin and his mates have been lights out in winning five-straight elimination games, including two Game 7 victories, to knock off Pittsburgh and Carolina and advance to the Eastern Conference Finals.

While Kreider hasn’t quite maintained the scoring pace from his once-in-a-career regular season, after 14 postseason games he has eight goals and three assists. His postseason goals per game of 0.57 puts him at least within shouting distance of his regular-season 0.64 average.

As for Shesterkin, with14 postseason starts this year, his .928 save percentage is the same as his career number and just a shade below his .935 regular-season number. The goals-against average has ballooned to above even his past regular-season numbers, but that will happen with a couple of bad outings. He has been a major reason – if not THE major reason – the Rangers have pulled victory from the jaws of elimination repeatedly.

It hasn’t hurt that New York has faced one legitimate starting NHL goaltender thus far in 14 playoff games, but literally every Stanley Cup champion who has hoisted the Cup will tell you that a certain amount of good fortune goes into any championship run. On the other hand, the Rangers have turned in their best efforts with their backs against the wall, have scored a power-play goal in the first period of their last five contests and have gotten depth scoring from unexpected sources on a regular basis.

Great goaltending. Strong special teams. Depth scoring. If that isn’t the exact equation for winning a Stanley Cup, it’s pretty darn close. And don’t forget that the Rangers have a superstar-level player on the back end to go along with two others who likely would be on any other team’s top paring and some heart-and-soul depth players who have no problem sacrificing their bodies or taking any lumps necessary to help their team win.

The team the Rangers face in the Eastern Conference Finals is the one that also contributed enormously to my initial bracket unraveling.

It was easy to say that after two Stanley Cup runs and with the departure of some players who were instrumental in helping the team win those championships, the Tampa Bay Lightning were due for an early exit in this year’s playoffs. Surely two long and exhausting title runs in consecutive years would take their toll on the players mentally and physically, and where would they find the motivation necessary to get themselves ready to play every night of that nearly three-month journey one more time?

But what was easily forgotten when coming to those conclusions was that each of the last two seasons was shortened because of COVID – so the overall grind wasn’t as strenuous as in normal years – and the bubble playoffs of two summers ago with no fans in the stands and no travel didn’t exact nearly the same physical and emotional toll as a normal postseason run.

As far as motivation goes, well Tampa Bay has a group of seasoned professionals who have learned how to win when it matters most and who seem very driven keep winning. Their standards have been set high, and nothing else is acceptable in that locker room. It also seems highly probable that the Lightning players want to win the Cup this year following a season that wasn’t cut short to prove their greatness once and for all and to silence any potential critics.

Also don’t forget that they have the best clutch goaltender in the world, possibly the best coach on the planet and a guy on the roster who is aiming for his fourth straight Cup The power play and star power are there. The grit, determination and depth are there. There has been an injection of youth to fill holes that were created when other players left. And no roster has more successful postseason experience than the Lightning.

This should be a cerebral cat-and-mouse series featuring two of the game’s best coaches (imagine being the team that fired Gerard Gallant after he guided the club to the Stanley Cup Finals in an expansion year) and best goalies. A series with one team looking to cement its place among the best to ever play the sport and another younger, emerging club looking to follow in its footsteps.

The Rangers are close, but it’s not yet their time. And that argument about Tampa Bay being physically and emotionally drained, already disproven, holds even less weight now with the Rangers coming off back-to-back grueling seven-game series.

The Lightning win in six games.

Out West, the hockey world got what most of us wanted.

You could make an argument that four of the world’s top-five players will be on the ice when Colorado and Edmonton hit the ice starting Monday Night for the Western Conference Finals. That may be a slight exaggeration, so let’s just say that four of the fop 10 will be facing off in what should be one of the fastest and most exciting NHL postseason series in recent memory.

McDavid. Draisaitl. MacKinnon. Makar. First names are not necessary when discussing players of their caliber.

In true Edmonton Oiler tradition, longtime veteran Mike Smith hasn’t made all of the saves in goal this postseason, but he’s made the big saves. At the other end, Darcy Kuemper has solidified the Avalanche’s netminding situation and gives Colorado the all-important edge between the pipes.

But none of that matters because the Oilers have Ben on their side.

It will be a classic and a series for the ages not to be missed but, Edmonton will win it in 7.

And I’m sticking with Edmonton to find a way against the Lightning with a seven-game triumph in the Stanley Cup Finals.

Do you want to tell Ben that the Oilers aren’t winning it all? Be my guest.

I’m not going to be the one. I'm pulling for him and his team.