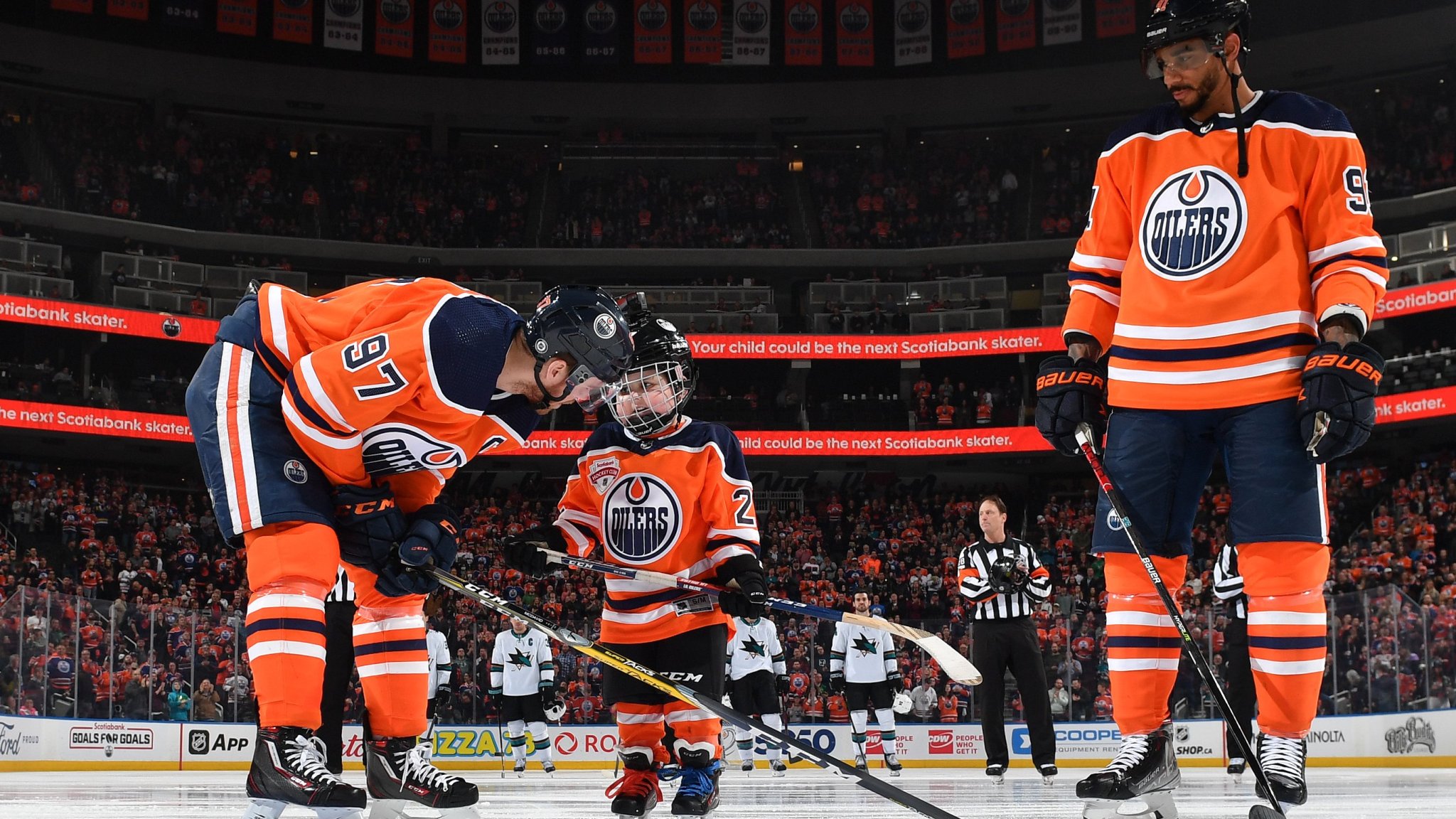 Missed it by THISMUCH.

The opening round of the National Hockey League playoffs is over, and what a first tound it was with five of the eight series needing seven games to determine a winner and two others requiring six contests.

While on the surface the Maple Leafs’ dramatic seven-game loss to Tampa Bay seems to have smashed my bracket, my Stanley Cup champions, the Colorado Avalanche, are still alive. That would give me a puncher’s chance in any pool, but what’s more amazing is how close the first-round predictions that I got wrong were to being correct.

But the great thing about playoffs in professional sports is that we get to reset every round and pretend once again that we know what we are talking about by making more predictions.

Before that happens, though, let’s take a look back at that amazing first round to see just how close it was for this “expert’s” bracket.

Caps and Cats. I had the Panthers in six and hit the nail right on the head. Also, it was pointed out in the preview that if the Capitals could steal one early in Florida the series might go the distance. It almost did. Washington won Game 1 and was a minute from taking a 3-1 series lead before dropping two overtime decisions and falling in six.

Not wrong but also not right: It was written that the Leafs-Lightning series would be the best of the first round, and despite five series going the distance I think most would agree that turned out to be accurate. That doesn’t make Toronto fans feel any better, nor does it make me look any better given that the headline of the playoff preview article claimed the Leafs and Avs would not disappoint again. Oops. Well, the Avs are still alive.

Speaking of the Avs: The preview also had Colorado winning in five. The Avs swept the Predators in four. That counts as a win. Colorado looks very tough and already has a rest advantage with the other teams in the conference playing more games and getting less rest.

Would’ve, could’ve, should’ve: A few games into the first round, the upset picks appeared to be right on the mark. Boston rallied from down 2-0 with a pair of home wins against Carolina – a trend that would continue – and if the Bruins could’ve managed just one road victory, they would have pulled off the surprise that was predicted. Instead, they rallied and nearly forced OT late in Game 7 but ultimately lost by a single goal.

The other upset pick’s elimination was even more painful.

Despite having to turn to No. 3 (maybe?) goalie Louis “Spicy Broccoli” Domingue, Pittsburgh had the Rangers on the ropes with a lead in Games 5, 6 and 7 but couldn’t seal the deal. Starting netminder Tristan Jarry provided a Willis Reed-style boost by coming back from injury to start the deciding game, but it wasn’t enough. Some would blame the officials (Who me?), but New York officially shut the Pens’ Crosby-era championship window with an exciting 4-3, come-from-behind Game 7 victory.

The underrated was overrated: The thought here was that the veteran, championship-caliber goaltending Marc-André Fleury could provide would prove to be the difference in what should have been an evenly matched and underrated series between St. Louis and Minnesota. This one no doubt would go seven games with The Flower proving to be the difference, right?

Initially, the lean here was toward a Blues team that was red-hot down the stretch, but the lure of picking Fleury was too much to ignore.

Jordan Binnington, another championship netminder who had been banished to the bench re-emerged and backstopped the former champs to a six-game victory with the help of Vladamir Tarasenko’s Game 5 natural hatty.

The Battle of Alberta: At least the one thing that everyone outside of Los Angeles and Dallas was rooting for came to fruition. Calgary finally figured out Jake Oettinger in time to secure a thrilling Game 7 overtime win against Dallas, while Edmonton rallied from a three-games-to-two deficit, thanks to an appearance by McJesus, to claim a seven-game, opening-round victory against the Kings. Phew.

The preview here had both of those teams winning in six, so not too shabby.

Four up and four down in the first round isn’t making anyone rich, but the record really should have been at least 6-2, and three for four in the West is pretty impressive, no?

Originally, the thought here was that the Western Conference Finals would feature the Oilers and Avalanche. I’ll stick with that, but I’ve had a change of heart when it comes to who will win the West.

Remember Laila Anderson and the inspiration she provided for the Blues during their surprising run to the first Stanley Cup in organization history back in 2019? Well, it looks like Edmonton has its own Laila in 2022.

Five-year-old Ben Stelter earned his reputation as the Oilers’ lucky charm by attending nine straight games that the team won during the month of April. Ben has been diagnosed with glioblastoma, a form of brain cancer that has required many rounds of chemotherapy and radiation that are ongoing as he continues to battle the disease.

The team and their fans have embraced Ben, who was named the Oilers’ Playoff Ambassador and was featured in his own trading card that was presented to him by superstar Connor McDavid.

After a tough opening-round Game 5 loss to the Kings, Ben was caught on video giving McDavid a hug and pep talk, saying, “You’ve got this, buddy.”

At this point, even though I picked Colorado to advance out of the West and knock off Toronto in the Cup Finals, I can’t root against Ben and his beloved Oilers. I’m also smart enough to realize there is something special going on here between this courageous young fan and the players he loves.

The Battle of Alberta will be predictably chippy, physical, nasty – you pick the description that suits you best. Team doctors and trainers may turn out to be series MVPs, and while that style seems to suit Calgary’s lineup a little better than it does Edmonton’s, it’s hard to pick against Ben and even more difficult to doubt a driven McDavid who appears to be willing and able to put the Oilers on his back when necessary.

Colorado seemed to be hitting on all cylinders in its Round 1 sweep of Nashville. Was it too soon? Will the time off help or hurt? St. Louis has been on fire for quite a while now, and the Blues turned to Binnington, the story of their 2019 Cup run, to get them to the second round. Binnington has just been too inconsistent the past two years, however, and the Avs have too much depth at every position.

Well, we got the Battle of Alberta we had hoped for, and we also get a revival of the Battle of Florida. The stakes are higher than ever for the series between Sunshine State-rivals Tampa Bay and Florida, though, as the Panthers have advanced to the second round for the first time in 26 years.

It wasn’t easy for either team, although it took the two-time-defending-champion Lighting one more game vs. Toronto that the Panthers needed to knock off the veteran Capitals.

For the third straight year, Tampa Bay showed an uncanny ability to dig deep and rebound from a bad performance throughout its opening-round series against perhaps the league’s most talented team. Meanwhile, the Panthers often struggled at even strength against an older, slower Washington team that had them on the ropes and staring at a 3-1 series deficit with a minute left in Game 4.

Florida did rally to beat the Caps, which is a good sign for the team that was the NHL’s best during the regular season. And it would be so easy to say that the Lighting are too tired after their two championship runs and not as hungry this time around.

But it’s also pretty easy to say that Tampa Bay has been there and done that and knows exactly what it needs to do. The Cats still need to prove they can fully commit to a style that will succeed against a talented and seasoned team this time of year.

Carolina is very good. They are deep at forward and on the blue line and play the right way to succeed in May. And they are getting starting goalie Frederik Andersen back after rotating backups during Round 1.

The Canes face a Rangers’ team that overachieved all season and by all rights should be hitting the links this week. But New York found a way against the Penguins as likely Vezina Trophy-winner Igor Shesterkin shook off his playoff jitters to play well enough while the Rangers’ stars played like stars.

Shesterkin should be better with a series and Game 7 victory under his belt, and he has the ability to carry New York to a series win. And while we’re not exactly sure what we will get from Andersen as he returns to action, Carolina is the more complete team and plays the right way all the time.

Oilers over Avalanche in 7

Hurricanes over Lightning in 7

If you want to bet against Ben and McJesus, be my guest. Good luck!