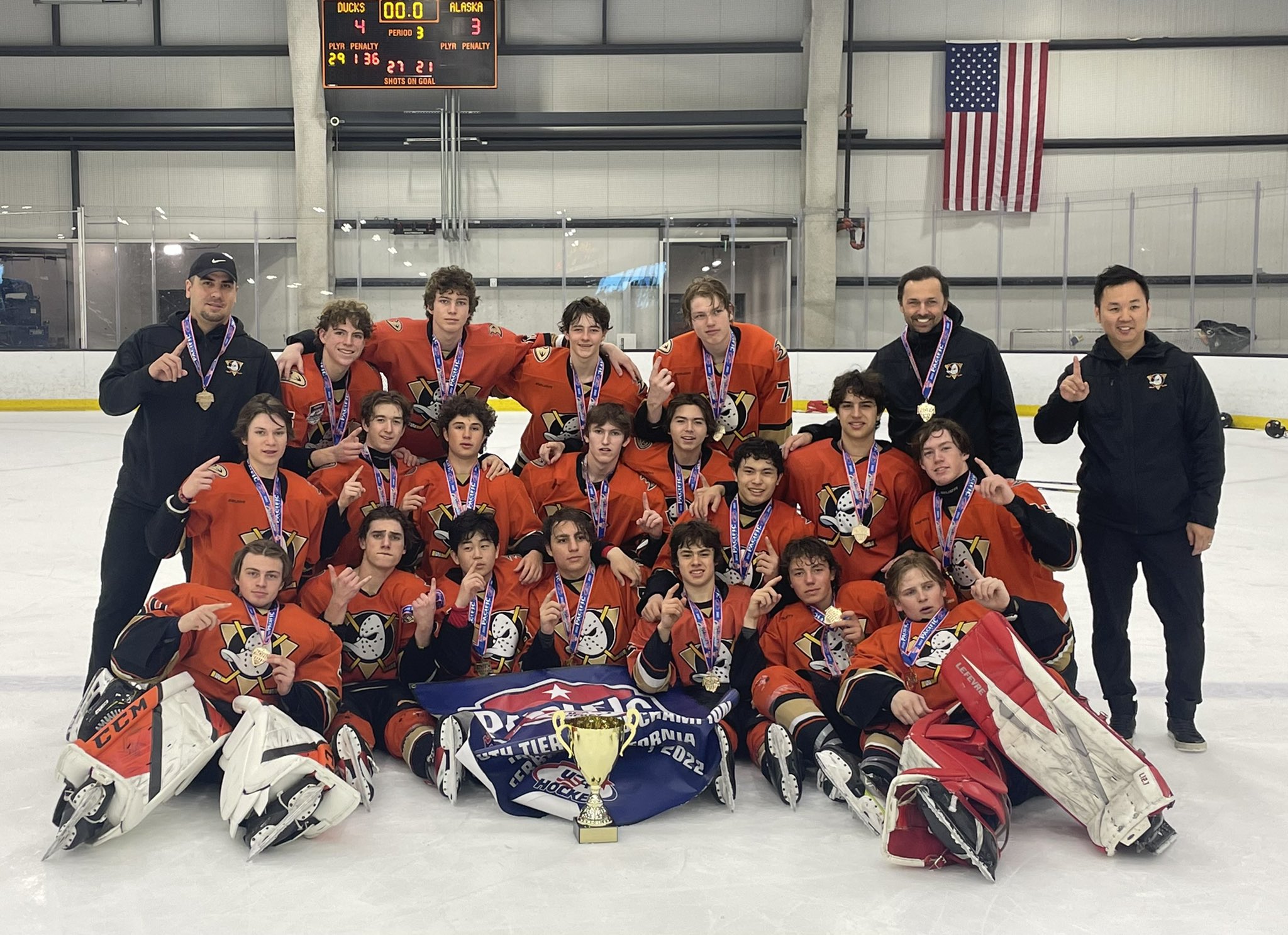 Four tickets were punched to the USA Hockey Youth Tier 1 National Championship tournament over the weekend in Irvine, Calif., as Pacific District champions were crowned at the 14U, 15U, 16U and 18U levels. Over the next several weeks, more Nationals automatic berths will be decided at Tier 1 youth and girls’ district tournaments around the United States, while state-tournament champions will earn berths to the various Tier 2 National Championship events.

We will do our best here at MYHockey Rankings to track the progress of these tournaments and keep everyone updated throughout the process as the Tier 1 and Tier 2 Nationals fields are determined at qualifying tournaments and by at-large bids.

This year’s USA Hockey Nationals are scheduled to take place between March 30 and April 4 in the following locations:

With the conclusion of the Pacific District Tier 1 boys’ tournaments, the following Tier 1 teams already have qualified for Nationals:

More Tier 1 National Championship berths will be determined this week when the following district champions are crowned:

USA Boys Tier 1 teams competed in the Pacific District championship tournament Feb. 24-27 at Great Park Ice & FivePoint Arena in Irvine, Calif. USA Hockey National Championship berths were at stake in the 14U, 15U, 16U and 18U age groups.

The complete schedule and results can be found by CLICKING HERE. All games can be seen on-demand at www.LiveBarn.com.

The Anaheim Jr. Ducks skated off with a pair of tournament championships and Nationals berths by winning the 16U and 18U divisions. While the 14th-ranked Jr. Ducks were the favorites to take home the 16U hardware, Anaheim’s 18U team was ranked 62nd in the nation entering the tournament and ended up splitting a pair of games decided by shootouts against the No. 47 Northwest Stars from Washington in capturing the title.

Fortunately for the Ducks, they won the shootout that mattered the most to capture the district title by a 2-1 margin in the championship game. The Stars won the preliminary round matchup, 4-3, also in a shootout.

Here is a rundown of the competing teams and the results for each age group:

The Golden Bears entered the tournament as the with the second-highest national ranking but managed to capture the championship on the strength of a 4-1 overall showing after opening play with a loss to the same Team Alaska group they beat for the title. Along the way, California knocked off the No. 8 Los Angeles Jr. Kings, 6-4, and the Golden Bears head to Nationals with a 46-17-2 record and having outscored their opponents, 335-190.

The No. 30 Los Angeles Jr. Kings upset No. 9 Team Alaska, 2-1, in Sunday’s finals to claim the Pacific crown and Nationals berth. That victory avenged a 4-0 preliminary-round loss to Alaska and allowed the Kings to conclude the tourney with an overall record of 33-25-2. They have outscored their opponents, 210-146, on the season. Alaska fell to 28-5-1 on the year and will have to wait and see about a possible National Championship at-large berth. Team Alaska won its first three games, two by shutouts, in Irvine before dropping the title game.

The two highest-ranked teams in the Pacific District faced off for the championship Sunday, with the favored Ducks pulling out the tight, one-goal victory to conclude the tournament with a perfect 5-0 record. Prior to the championship thriller, Anaheim had outscored its previous four foes by a combined 38-3 margin. The Jr. Ducks now are 46-12-0 on the season and have outscored their opponents, 292-143. Team Alaska went 4-1 on the weekend and is 21-15-4 for the season.

Just like at the 16U level, the two highest-ranked teams met in the 18U finals. But this time we had an upset as the No. 62 Anaheim Jr. Ducks squeaked out a 2-1 shootout win vs. the No. 47 Northwest Stars. The two teams also played a thriller in the prelims, with the Stars pulling out the 4-3 shootout victory. Anaheim rebounded from that tournament-opening loss to win three straight and earn the trip to Nationals. The Jr. Ducks are 20-21-0 and hold a 126-107 scoring edge against their opponents. Northwest also went 3-1 in the tournament and is now 31-5-0 for the season. The Stars have outscored their opponents, 159-62, and the championship-game setback was their third loss in the last 13 outings.