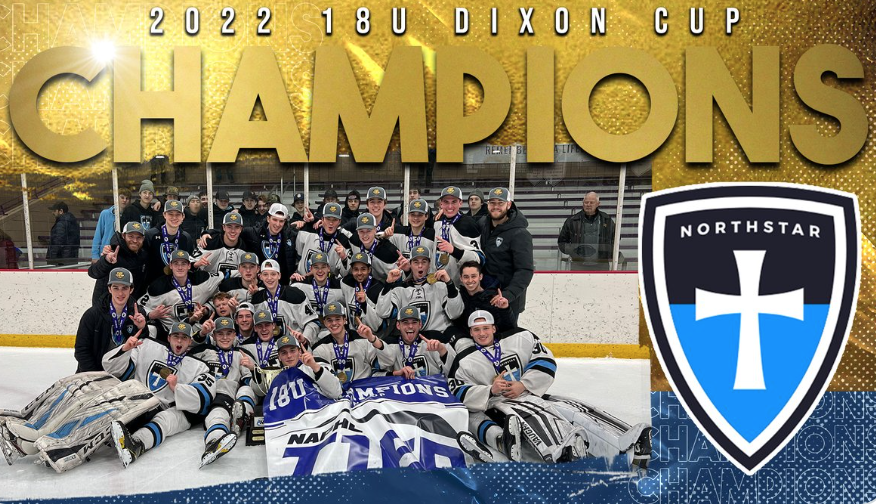 Usually, our Games of the Week end up being exciting, close and hard-fought contests when they actually are played out on the ice. That’s what we hope for when we select the matchups each week. In recent weeks, we’ve had situations in which there were rematches of our selected games in tournament play later that same weekend, with the team that lost the first time around coming back to win the second meeting.

That’s when you know you’ve picked some pretty good games. It happened again this past weekend.

In our LiveBarn Featured Game of the Week at the Junior Women’s Hockey League Challenge Cup near Washington, D.C., Shattuck St. Mary’s, No.3 in our USA Girls 16U rankings, beat the No. 11 Jr. Flyers, 4-2, Saturday before falling in Sunday’s rematch, 5-4. Likewise, the No. 6 19U team from Shattuck beat No. 8 North American Hockey Academy, 4-2, Saturday prior to falling to the same group, 2-0, in Sunday’s semifinals.

NAHA ended up winning both the 16U and 19U championships at the Challenge Cup.

Our other games were playoff matchups in USA Tier 1 Boys leagues, with the NorthStar Christian Academy Knights, No. 3 in the overall USA Boys 18U rankings, beating the Tier 1 18U No. 10 Maine Nordiques, 4-1, in the preliminary around and again, 3-1, in the semifinals on the way to their second straight 18U Tier 1 NAPHL championship. And over in the Tier 1 Elite Hockey League, the No. 12 USA Boys 15U Phoenix Coyotes knocked off the 17th-ranked Colorado Thunderbirds, 3-1, but those teams would not meet again as Phoenix would go on to defeat the sixth-ranked Cleveland Barons, 3-2, in the championship game.

You can see video highlights of our Week 21 matchups by CLICKING HERE once those clips are posted.

Fourteen of the top 16U teams in the nation came together this past weekend near Washington, D.C., to compete in the Junior Women’s Hockey League Challenge Cup. This was one of the weekend’s marquee matchups as third-ranked Shattuck headed East for the first time this season. The Sabres managed to pull off a 4-2 victory in this one only to fall to Philadelphia, 5-4, Sunday as the Jr. Flyers moved on to the tournament finals before losing to NAHA, 3-0. That result moved NAHA into the 11th spot in this week’s rankings, while the Jr. Flyers dropped to No. 12. Shattuck left the D.C. area with a 40-11-2 record and having outscored its opponents, 210-93, on the year. The loss to Philadelphia snapped the Sabres’ 10-game winning streak. That was their first loss since a 5-1 decision against No. 5 Little Caesars Jan. 23. The Jr. Flyers are 39-20-4 on the year and have outscored their foes, 216-135. They are 6-3-1 in their last 10 outings. In this contest, Philly got on the board first when defender Isabella Mele snuck one through from the point off a faceoff win. The Sabres responded seconds later on Lola Reid’s breakaway goal to even the score at 1 in the first period. It was 2-2 after the two, with Shattuck’s Jordyn Petrie tallying to make it 2-1 before the Jr. Flyers’ Madison Morris finished off a pretty no-look feed from Amanda Aslan. Reid would break the tie with the eventual game-winner in the third, with Petrie finishing off a give-and-go to ice it on her second marker of the afternoon.

Two teams that already have qualified for USA Hockey Nationals faced off in a possible preview of what we might see in April. This was a rematch of two games that were played not long ago at the JWHL Minnesota showcase event, where NAHA skated away with 3-1 victories in both of those contests Jan. 28 and 29. Shattuck scored three times right off the bat in the first period and never looked back in this one, but as fate would have it, the two teams would meet again the next day in the semifinals, with NAHA recording the 2-0 shutout win en route to the 19U Challenge Cup Championship. That loss left the Sabres at 31-15-6 on the season and holding a 170-106 scoring advantage over their opponents. NAHA, which captured its third tournament title of the year, improved to 49-15-6. The Hawks Have outscored their foes, 225-116. They upset the second-ranked Jr. Flyers in the championship game, 3-1, to finish the Challenge Cup 5-1. Shattuck sprinted to the 3-0 lead early in this one, and the game never seemed to really be in jeopardy. Maggie Scannell got the Sabres on the board with a nice tuck after outracing the defense to create a breakaway. Sydney Morrow stretched the lead to 2-0 a few minutes later, and Delaney Fleming finished off a nice 2-on-1 feed not long after that for what proved to be the game-winner. After SSM stretched the lead to 4-0 in the third period, NAHA’s Karley Garcia buried one through a maze from the point to cut the margin to 4-1 and start a late rally that would fall short.

The second- and third-place Tier 1 EHL teams faced off in preliminary-round playoff action from the Super Rinks in Blaine as the Coyotes, 12-5-0-0 in league play, handed the T-Birds (10-5-0-2) a 3-2 loss. Phoenix, which finished regular-season play a point behind the sixth-ranked Cleveland Barons and two points in front of Colorado in the T1EHL standings, would go on to defeat the Barons, 3-2, in the title game to capture the championship. The Thunderbirds had won the two previous meetings between these two teams by surprising 6-0 and 5-2 scores. Their championship performance left the Coyotes 48-17-1 on the year after they rolled to a 5-0 record in Blaine. Colorado was 2-2 in the playoffs and is 34-17-0 overall on the season. While the T-Birds never threw in the towel, this one didn’t seem in jeopardy at any point as the Coyotes rolled to a 3-0 lead through two periods before Devin Berg converted Charles Kresl’s feed on the power play to cut the margin to 3-1 with 10:57 left in the game. Jack Lackas opened the scoring a few minutes into the contest with his 13th Tier 1 EHL tally of the season. Zakhar Meshcheriakov’s one-timer made it 2-0 halfway through the second, and Alex Ihling finished off the scoring for Phoenix by potting a demoralizing marker with just 3 seconds remaining in that same second frame. Ben Vatis stood tall in goal to pick up the win, stopping 29 of the 30 shots he faced.

NorthStar, the first-place team in the NAPHL Central Division with a 25-2-1 regular-season record, took on the East Division’s third-place Maine Nordiques (8-8-0) on the second day of NAPHL postseason action. NorthStar actually suffered an upset loss to the No. 12 18U AA Arizona Bobcats, 6-5 in overtime, Friday, to open the playoffs before rebounding to win four straight and capture its second-straight NAPHL 18U championship. One of those four wins was a 3-1 decision against the same Nordiques in the semifinals. The Knights shut out No. 49 Biggby Coffee, 1-0, to claim the title. NorthStar is now 48-7-0 on the year and has outscored its opponents, 293-98. Maine, which ironically beat the Bobcats, 9-0, went 3-2 in Michigan and is 40-13-3 on the season. NorthStar scored the first three goals in its first victory over the Nordiques, with Cody Croal, Dylan Cook and Zach Herman all tallying before Zach Herman got Maine on the board late in the second period. Cook’s second of the game put the result on ice 3:54 into the final stanza. Croal picked up his second point of the day by assisting on that tally, while Cook finished with two goals and an assist. C.J. Krier stopped 22 of 23 shots to earn the win over the Nordiques’ Thomas Kiesewetter, who made 27 saves.