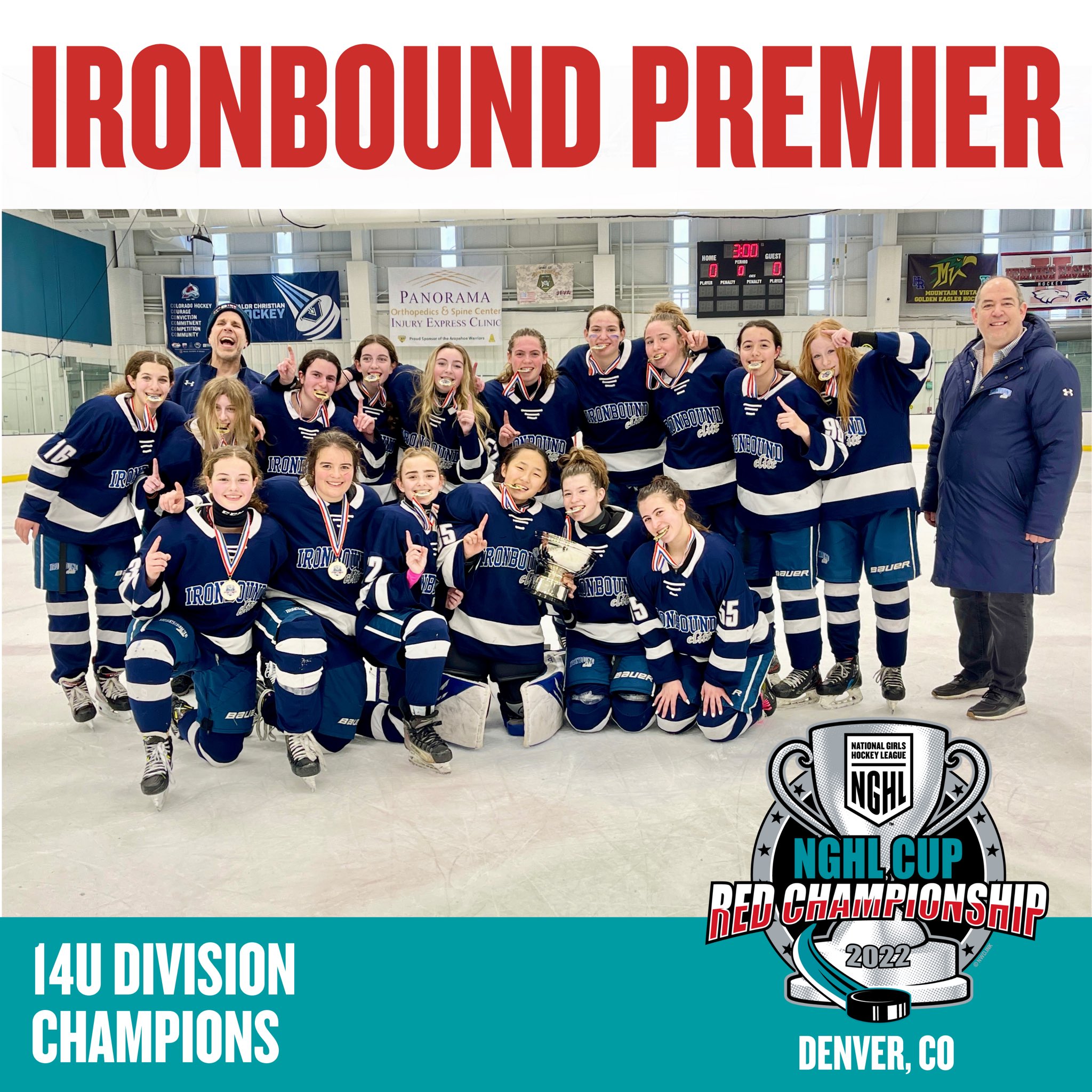 Well, it looks like we pretty well nailed it with our Week 19 Games of the Week. Two of the games were decided by a single goal, one went to a shootout and the other was a 1-0 game late into the third period before ending with a 2-0 final score. On top of that, two of the four teams that faced each other in the preliminary round of tournaments or playoffs squared off again in the championship games of their respective events.

In our LiveBarn Featrued Game of the Week, a 16U High Performance Hockey League boys playoff tilt between No. 3 Compuware and the No. 12 Windy City Storm, Compuware won, 3-2, in the prelmims and by the same score in the league championship game. And in our 14U USA Girls Game of the Week, No. 22 Ironbound Premier lost, 3-2, in a shootout to No. 23 Florida Alliance but rebounded to win the National Girls Hockey League championship with a 3-1 victory in the finals against the same opponent.

Each of this week’s Games of the Week can still be viewed on-demand on LiveBarn.

Video highlights will be posted of these games and can be accessed once they are live by CLICKING HERE.

The first- and second-place teams in the HPHL faced off in the final game of the preliminary round of the league playoffs and would later meet again in the championship game. Both contests were won by Compuware with identical 3-2 final scores. In the title-game, Compuware got goals from Connor Beckwith and Zane Davis just over three minutes apart in the third period to take a 3-1 lead before Windy City's Ryan Seelinger made things interested by scoring with 55 seconds left. Compuware's Jaden Johnson opened the scoring early in the first, but the Storm's Daniel Johnson tied the game 1:33 later. Davis finished with a goal and an assist to lead all scorers and Michael Modelski Jr. earned the win in goal over Brayden Macko. Daniel Johnson and Brady Silverman scored for the Storm in our original preliminary-game matchup, with Connor Neu, Thomas Gengle and Reid Daavettila tallying for Compuware. Daavettila netted the game-winner with about 11 minutes remaining in the third period to make a winner out of Modelski Jr. Compuware improved to 42-11-0 on the season and has outscored its opponents now by a 219-106 margin. Windy City is 26-17-1.

The third- and fourth-place teams in the HPHL faced off in a barn burner of a preliminary-round playoff matchup, with Windy City coming out on top. Both teams would go on to fall in the tournament semifinals as Honeybaked dropped a 5-1 decision to No. 16 Compuware and WIndy City fell in a 1-0 heartbraker against the No. 4 Chicago Mission. The Storm concluded the tournament with a record of 35-19-1. They have outscored their opponents, 199-143, for the season. Honeybaked is 34-22-1 and holds a 171-144 scoring edge over its opponents. In this contest, Windy City led by a score of 2-1 after one period thanks to power-play goals by Jordan Geike and Alexei Povorozniouk. Edward Spitznagel and Wagner Carrel tallied two of the game's next three goals to even the score at 3 with just under 15 minutes to play in regulation, but Finn McLaughlin scored with 2:40 left to give the Storm the lead and Povorozniouk connected again to ice the victory with 33 seconds on the clock. Camden Kean did manage to find the net for Windy City with seven seconds left to cut the final margin to 5-4. Luke Woodstock opened the scoring with a first-period goal for Honeybaked, and Grant Young had the Storm's other tally to finish the game with a goal and an assist. Geike also had a goal and an assist as did Honeybaked's Woodstock.

The top-two teams in the NGHL 14U Red Division played a pair of games at the league playoffs that both lived up to expecations, with Florida Alliance recording a shootout win in the preliminary round and Ironbound Premier earning a 3-1 victory in the championship game. Both teams went 5-1-0 in the playoffs. Ironbound is now 35-12-4 on the year, while Florida Alliance is 23-10-1. In the preliminary contest, Cera Luciani scored both goals for Florida and potted the clinching goal in the shootout as all three Alliance shooters scored. Ashley Edmonds and Reid Sneider tallied for Ironbound. Kalyssa Bayne made 22 saves to earn the win in goal, while Olivia Park suffered a tough loss despite stopping 34 shots. Jillian Smith scored twice in the third period to break open a tight title game and lift Ironbound to the championship. Florida Alliance jumped in front with 10:43 left in the opening period on a goal by Alivia Peterlin before Ava Witmer notched her 16th of the year in NGHL play to even the score about five minutes later. Smith buried the game-winner off an Edmonds feed with 9:30 remaining in regulation and iced it for Ironbound on a goal with four seconds left to make a winner of Park (25 saves). Bayne made 27 saves in a losing effort.

The was expected to be one of the top preliminary-round matchups at the Motor City Girls Fest, and it did not disappoint as the score was 1-0 until Rochester's Teide Hill scored her second of the game with 9:41 to play in regulation to lift the Amerks to victory and seal Samantha Taylor's shutout. Micayla Hunt assisted on Hill's first goal, which broke a scoreless tie with just 3:24 remaining in the second period. Charley Barlette assisted on Hill's insurance tally. Rochester went 2-1-0-1 at the tournament to narrowly miss out on advancing to the semifinals. The Jr. Americans now are 31-14-3 on the season and hold a 205-87 scoring advantage over their opponents. Anaheim is 22-10-4. Rochester lost twice to sixth-ranked Little Caesars, including a 4-3 shooout decision in the quartefinals. Alexa O'Neill led them in scoring with four points. Anaheim fell to Little Caesars, No. 11 Pittsburgh Penguins Elite and No. 17 Honeybaked. Cadence Liu and Keilani Sievers paced the Lady Ducks with six points apiece in the tournament.