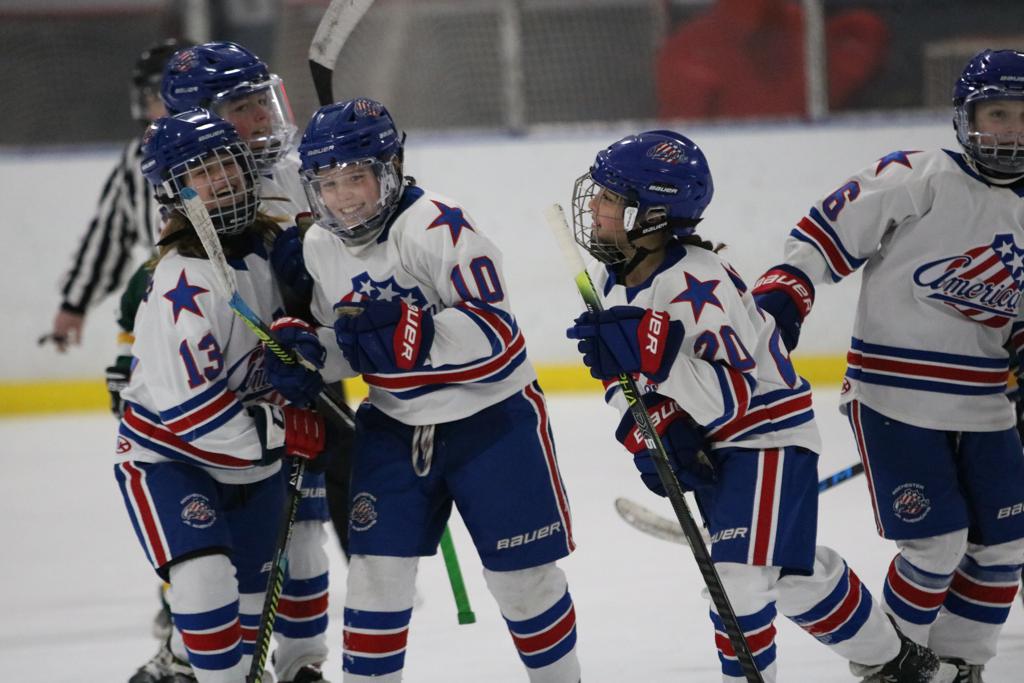 In youth hockey, February means that it’s playoff time, and that is evident already as we enter the first weekend of the month. While state, district, provincial and national tournaments are still well off in the distance, for many teams that play in various leagues around North America, postseason play gets underway in the coming weeks.

We bring you a taste of that this weekend with our Week 19 Games of the Week as we head out to Colorado for the National Girls Hockey League NGHL Cup in the 14U bracket and to Illinois for some High Performance Hockey League playoff action in the USA Boys 15U and 16U Tier 1 divisions. Our fourth Game of the Week is a 12U Tier 1 matchup from the Motor City Girls Fest in Michigan.

This week’s LiveBarn Featured Game of the Week is a 16U Boys Tier 1 contest in the HPHL Playoffs between third-ranked Compuware and the No. 12 Windy City Storm Saturday from Seven Bridges Ice Arena in Woodbridge, Ill.

Unless the streams are blacked out for some reason, each of this week’s Games of the Week can be seen live or on-demand on LiveBarn.

The first- and second-place teams in the HPHL face off in the final game of the preliminary round of the league playoffs. Compuware entered the playoffs with an 11-2-0-1 record and 23 points, two more than the 10-3-0-1 Storm. Overall, Compuware entered the weekend with a 38-10-0 record and having outscored is opponents, 205-96. The Storm brought a 26-17-1 overall record into the weekend and a 136-114 scoring advantage over its foes before falling to the No. 23 Oakland Jr. Grizzlies, 5-3, Friday. This will be the fourth meeting of the year between the two teams, with Windy City having won two of the three previous matchups. The Storm earned a 5-3 victory Dec. 4 and skated to a 3-2 shootout win Jan. 17. Compuware won the first matchup of the season, 5-2, Nov. 21, has won its last five outings and is 14-2-0 in its last 16 contests. The only losses in that span were the shootout loss to Windy City and an overtime loss against No. 34 Fox Motors Jan. 9. Compuware swept the fifth-ranked New Jersey Rockets in a three-game series in its most recent outings last weekend and beat the No. 9 Chicago Mission, 4-2, Jan. 16. Windy City now has lost its last two contests and three of its last four following a six-game winning streak that included a win against the ninth-ranked Mission.

The third- and fourth-place teams in the HPHL square off in the preliminary round of the playoffs. Windy City brought a 6-8-3-0 regular-season record into the playoffs, good for a two-point standings advantage over Honeybaked, which went 5-10-2 in league play. The strength of the HPHL can be seen in the Storm’s 26-9-1 non-league record and Honeybaked’s 28-8-0 mark in non-league games. Windy City beat No. 16 Compuware, 5-1, and the 49th-ranked Oakland Jr. Grizzlies, 7-2, Friday to improve to 34-18-1 overall, while Honeybaked knocked off No. 45 Team Illinois, 3-0, and skated to a 2-2 tie against the No. 4 Chicago Mission. Honeybaked is 34-20-1 overall on the season. The Storm holds a 194-138 scoring advantage over its opponents, and Honeybaked has outscored its foes, 166-134. Windy City holds a 4-1-0 advantage in the season series, but after recording an 8-1 victory over Honeybaked Aug. 28, each subsequent game has gotten closer until Honeybaked finally notched a 3-2 shootout victory Jan. 15. The last three contests have been decided by a single goal, with two of them requiring shootouts. Windy City has won its last seven games following a four-game skid. Honeybaked is 5-0-1 in its last six outings and 8-3-1 in its last 12.

This is the top preliminary-round matchup of the 14U NGHL Cup Red Division Playoffs as New Jersey-based Ironbound takes on Florida Alliance in Colorado. Ironbound brought a 17-1-0-0 league record into the weekend, while Florida Alliance had gone 6-1-0-0 in and compiled a 27-11 scoring advantage in NGHL contests. Ironbound, meanwhile, had outscored its opponents by a remarkable 72-23 margin. Overall, Ironboud took a 30-11-4 record and a 139-83 scoring margin to Colorado, while Florida Alliance entered the event at 18-9-1 and having outscored its opponents, 80-54. These two teams met in the second game of the season, way back on Aug. 27, with Ironbound pulling out a 2-1 victory. Ironbound had won six straight contests heading into the NGHL Cup, allowing two or fewer goals five times. Their last loss was a 7-2 decision against the No. 30 Connecticut Jr. Rangers Jan. 9, but they avenged that defeat with a 4-2 win against the Jr. Rangers in their most recent outing. Ironbound is 8-1-1 in its last 10 contests. Florida Alliance has gone 2-5-1 in its last eight outings, a difficult stretch that included losses to the Nos. 3, 7 18, 21 and 31 teams.

The top matchup at the Motor City Girls Fest is an early-morning East Coast vs. West Coast showdown between a pair of top-14 teams near Detroit. Rochester entered the tournament with a 29-12-3 record and knocked off St. Claire Shores, the No. 7 Tier 2 team, Friday, 3-2. The Jr. Amerks now have outscored their opponents, 200-81, for the year. Anaheim is 22-7-4 after beating No. 17 Honeybaked and No. 6 Little Caesars Friday. The Lady Ducks have outscored their foes, 144-58. Rochester is 11-3-1 in its last 14 outings, with two of those losses coming against No. 11 Pens Elite by scores of 3-1 and 4-3. The Jr. Americans also tied Pens Elite, 1-1. Their other loss in that stretch was against Honeybaked, 4-2. This will be the first meeting between the two teams this season. The Jr. Ducks are unbeaten in their last four outings and 8-1-1 in their last 10. They have held seven of those 10 opponents to 0 or 1 goal.