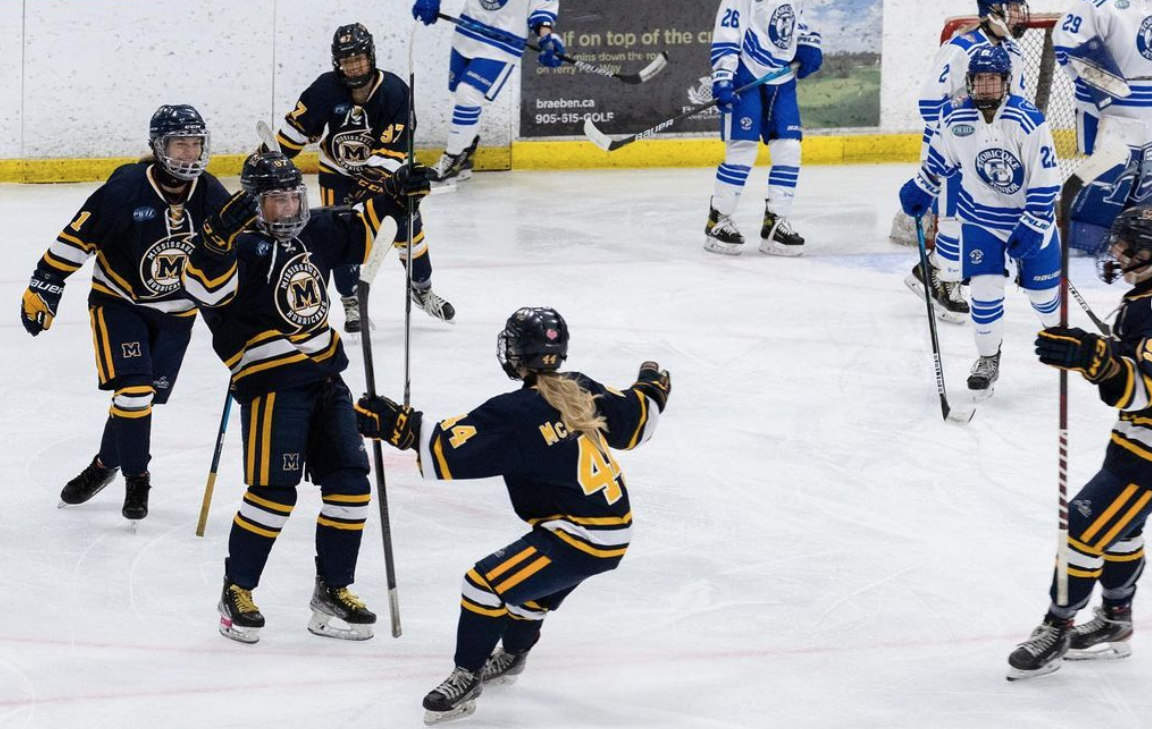 While it was disappointing to see parts of Canada shut down hockey rinks because of the spread of the Omicron variant, in turn shutting down youth hockey for a few weeks, it's great to see leagues and teams moving toward starting back up. And we were happy that hockey did continue to be played in other parts of the country.

This week we head north of the border for our MYHockeyRankings Week 17 Games of the Week, bringing you a mix of highly ranked women's and boys teams from various parts of Canada competing. Our matchups include a key Provincial Women's Hockey League U22 contest between the fourth-ranked MIssissauga Hurricanes and No. 9 Oakville Hornets as well as top U16 and U18 tilts from Western Canada.

And for our  LiveBarn Featured Game of the Week we head all the way out West for a boys U13 matchup between the top-ranked North Shore Winter Club and the Burnaby Winter Club Bruins.

A pair of Pacific Coast Amateur Hockey Association foes face off Saturday in BC in what promises to be a great peewee matchup. These two teams are ranked first and third, resepectively in BC, and first and fourth in Western Canada. They are meeting for the third time this season after playing a pair of thrilling, high-scoring games earlier in the year. North Shore won both of those contests, 10-7 Oct. 30 and 6-5 Dec. 4. NSWC brings a sparkling 20-2-0 record into the weekend, having outscored its opponents 208-44. In games against teams other than the Bruins they are allowing just 1.65 goals per game. North Shore has recorded three shutouts and held 10 other opponents to a single goal. NWSC's only losses have come against No. 2 Semiahmoo, who they play Sunday, by scores of 3-2 and 6-4. They have won nine straight games by a margin of 71-19. Burnaby is 22-6-1 and has outscored its opponents, 188-96. The Bruins dropped their most recent outing, 6-4, Jan. 16 to second-ranked Semiahmoo, a team that also beat them by a 7-4 margin Nov. 27. They are 5-4-0 in their last nine outings after going 17-2-1 to open the season.

The first-place Hurricanes and the fifth-place Hornets of the PWHL U22 Central West Division meet in the first game of a weekend series. They also face off Sunday at 12:15 p.m. at Iceland Arena in Mississauga. The Hornets are 3-4-2 with nine points in 10 league games. They are nine points behind the Hurricanes (8-2-1, 18 points) with two games in hand but are just three points out of third behind the Burlington Barracudas with games in hand. These two teams have played three one-goal thrillers this season, with Mississauga winning all three, including a 3-2 overtime decision Oct. 24. Overall the Hurricanes are 22-5-4 and have outscored their opponents, 93-41, allowing just 1.32 goals per game. They knocked off the No. 5 Barracudas, 1-0, Thursday and are 3-3-0, with two of those contests going to overtime, in their last six outings after opening the season by going 19-2-4. Oakville is 12-10-2 overall and has outscored its foes, 67-46. The Hornets have lost their last two following a five-game unbeaten streak.

The top-two boys U18 teams in Alberta, also the top-two teams in the Canadian Sport School Hockey League and a pair of top-five Western Canada rivals, face off Saturday in an important CSSHL battle. Edge School actually holds down the top spot in the league despite being ranked lower than the Xtreme. They are 20-4-1 with 3 shootout wins for 58 points in 25 league contests, while NAX is 17-2-0 with 1 shootout victory for 51 points in 21 games. So, Edge has an eight-point advantage, but the Xtreme have four games in hand, making this contest a huge one. NAX has outscored its opponents, 142-44, allowing just 1.76 goals per contest, while Edge holds a 182-80 scoring advantage over its foes in posting a 25-9-0 overall record. NAX is in the midst of an eight-game winning streak and has allowed 1 goal or fewer 12 times this year. Edge School is 5-2-0 in its last seven outings and 9-3-0 in its last 12. These teams are meeting for the fifth time this season, with NAX having won three of the first four. Three of those contests have been decided by a single goal, including a 4-3 shootout win for Edge Nov. 19, while NAX took the most recent game, 4-1, Dec. 17. The Edge School has two of the league's top-three scorers in Dylan Kinch (41 points) and Hunter Sawka (37 points). Reid Varkonyi paces NAX and is fourth in the league with 37 points. NAX goalies Logan Cunningham and Alexander Scheiwiller have split time in goal and rank first and third in the CSSHL in goals-against average at 1.52 and 1.94, respectively. Edge's Noah Davis ranks second with a 1.77 GAA i 14 appearances.

The third- and fourth-place teams in the Alberta Elite Hockey League South Division match up as the fourth-place Hurricanes look to pull within two points of the Oilers. Okotoks has 28 standings points in 22 games, while Lethbridge is sitting at 24 points in 21 outings. The Hurricanes are tied in points with the South East Tigers, but have three games in hand, while the Calgary Bulls are two points behind both of them. The Calgary Royals sit atop South Division standings with a 20-4-1 record and 41 points, one point ahead of the Calgary NWCAA Flames. Lethbridge is 12-9-0 overall and has outscored its opponents, 89-73, while Okotoks is 13-7-2 and holds an 85-70 scoring advantage in its contests. These two teams have played twice already, with the Oilers winning both games by a single goal, including a 4-3 overtime victory Nov. 13. The Hurricanes are 7-1-0 in their last eight games, with the only loss a one-goal decison vs. the top-ranked Flames. Okotoks is 2-2-0 in its last four and 7-3-1 in its last 11 outings.