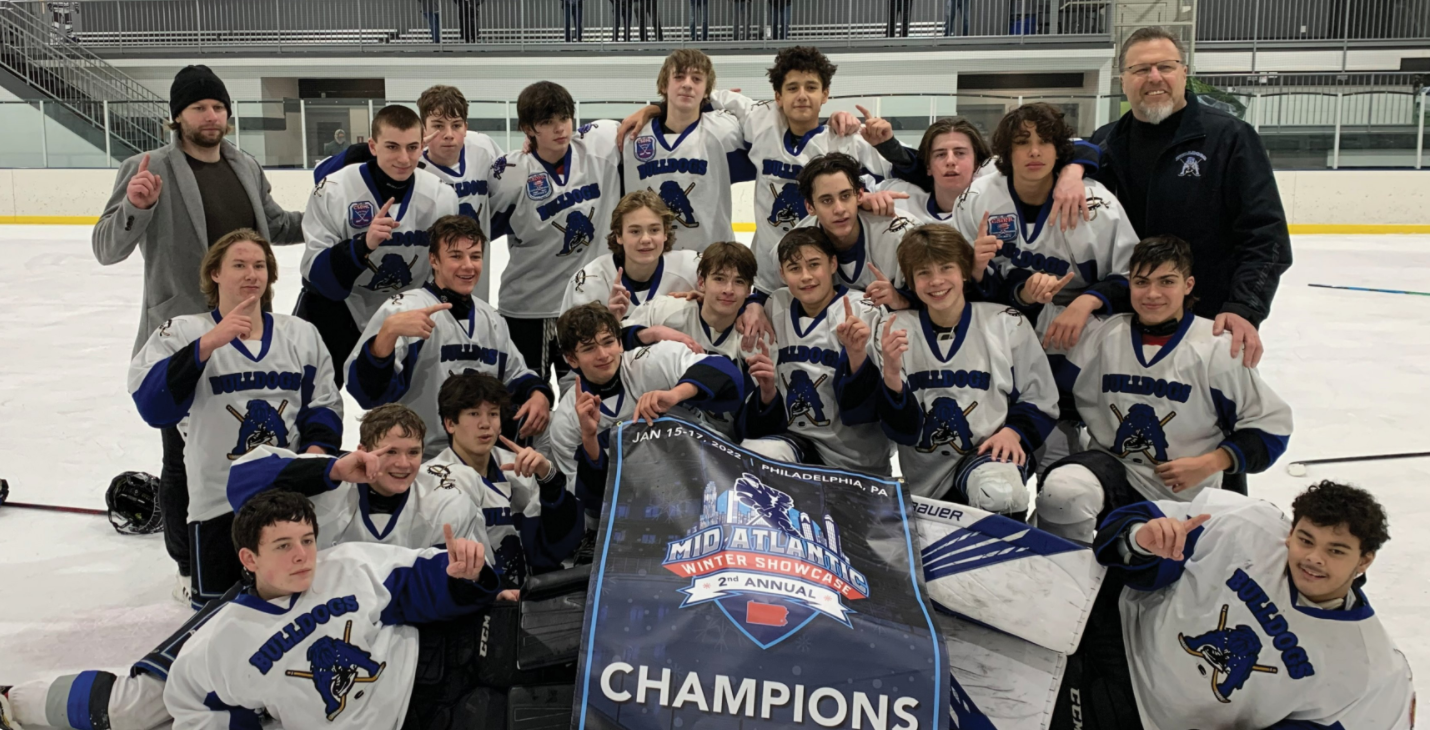 With so many games being played in the United States during the holiday weekend, we were provided with a great opportunity to dig into some top matchups of Tier 2 teams that might not normally get the attention or recognition some of the top Tier 1 programs receive.

We only wish we could have covered more of the great boys and girls tournaments and matchups that took place around the country. As always, feel free to share your team’s championship photos with us our Twitter account @MYHockeyRanking and we will do our best to retweet them to recognize those accomplishments.

For our Week 16 Games of the Week, we looked to the North American Prospect Hockey League for a pair of Showcase Division Playoff showdowns between top 14U and 18U Tier 2 teams as well as a special Winter Classic-style outdoor game between a pair of 2009 birthyear top-three Tier 1 clubs near Chicago.

Finally, for our Featured Game of the Week, a matchup of top-three 14U Tier 2 Boys teams, we turned to the Mid-Atlantic Showcase Series Winter Showcase. That even featured five of the nation’s top-10 14U AA programs, with the fourth-ranked Chicago Bulldogs going 4-0-1, beating the Nos. 1, 9 and 35 teams, tying the 10th-ranked team and outscoring its opponents, 23-7, to capture the championship.

One of the teams in our featured game, the top-ranked Tampa Bulls, fell to the Bulldogs in the finals, while the other team from that game, the third-ranked Kensington Valley Rebels, ended up posting a 3-1-1 record and outscoring its foes, 26-6.

One of the teams we featured from the NAPHL Playoffs advanced to the championship game before falling, while the other team dropped a semifinal contest after outscoring its opponents, 24-1, in the preliminary round. And No. 3 Dallas Stars Elite ’09 enjoyed a successful barnstorming tour of the Chicago area over the long weekend, playing seven games in four days, recording a tie against the top-ranked team, earning wins against the Nos. 12, 14 and 18 teams and compiling a 3-2-2 record.

If you have video footage or scoring information from any of our weekly featured matchups, please feel free to send that to us as well for use in our Weekend Wrap feature. The more game details we have for our write-ups and video highlights the better.

CLICK HERE to see a highlight video of the Games of the Week.

The Bulls jumped out to a 1-0 first-period lead in this matchup of 14U heavyweights, only to be tied on a goal by Tommy Marinoff off a feed from Johnny Peffer in the second. From there it was all Tampa, however, as the Bulls would score the final four goals to skate off with a 5-1 victory, which basically solidified their spot in the championship game. Payne Riffey, who scored the first goal of the game, would end up with two goals and an assist for Tampa, with Hayden Hunter contributing a goal and an assist. Marek Rogers notched a goal and an assist in the final period for the Bulls, and Dreyden Barlow scored their other goal. Shaun Story recorded an impressive 32 saves in a losing effort for the Rebels, while Justin Brisebois stopped 21 of the 22 shots he faced to earn the victory. Tampa would fall to the No. 4 Chicago Bulldogs, 2-0, in the showcase finals to finish the event 3-2 and holding a 21-6 scoring advantage over its opponents. The Bulls are now 32-6-3 on the year and hold a 193-49 scoring advantage in all games. Kensington Valley tied the No. 10 Allegheny Badgers, 3-3, in a consolation game to conclude the tournament with a 3-1-1 record and a 26-6 scoring margin in its contests. The Rebels are now 28-10-8 on the year. Chicago, which captured the showcase title with a 4-0-1 mark, is now 29-8-8 and has outscored its opponents, 173-82.

This outdoor game lived up to its “Winter Classic” billing with a thrilling finish that saw the top-ranked Reapers score in the final minute to capture the victory. The Reapers jumped out to a 2-0 lead only to see Dallas rally to tie the game at 2 and set the stage for the late-game heroics. These two teams played three times on the weekend, with Chicago recording a 6-3 win to go along with a 1-1 tie. They are now 38-6-2 on the year and are 10-2-2 in their last 14 outings. The Reapers have outscored their opponents, 237-82. The three games vs. Chicago were part of a weekend barnstorming tour of Illinois for the Stars, who played seven games in four days. They knocked off the 12th-ranked St. Louis AA Blues, 4-1, the No. 14 Windy City Storm, 3-0, and the 18th-ranked Chicago Mission, 3-2, in addition to skating to a 1-all tie against Windy City. That leaves their season record at 41-11-3, and they have outscored their opponents, 327-130.

This matchup of highly ranked 14U Tier 2 teams at the NAPHL Playoffs in Michigan ultimately would decide who would advance to the semifinals. The Hawks got a pair of goals from Brayden Myers – one halfway through the first period and the other late in the third – to earn the hard-fought victory. Dominic Gregori assisted on Myers’s first goal, and netminder Josh Kundert turned in an outstanding 35-save effort to earn the shutout. He outdueled the Blues’ tandem of Tyler Bruno and Jon Siernaszkiewicz, who combined for 38 saves. The Hawks would go on to fall to the No. 34 Naperville stars, the eventual 14U Showcase Division champion, 4-2 in the semifinals to finish the tournament with a 4-1 record and a 25-9-2 mark for the season. They outscored their opponents, 24-1, in the preliminary round and finished the event with a 26-5 scoring advantage. The Blues went 2-2 in Michigan, also falling to the No. 30 Littleton Hawks, 5-4, and are 33-11-1 on the year. NAPHL-champion Naperville beat the 11th-ranked St. Louis Knights in the finals to finish the playoffs with a 6-0 record and improve to 26-11-2 overall. The Sabres also beat the Nos. 18, 20, 30 and 32 teams en route to title.

The Tigers made a pair of first-period goals stand up and held off a late Highland Park rally to earn a hard-fought victory in the opening round of the NAPHL 16U Showcase Division Playoffs. Both Texas tallies came off the stick of Brendan Hill, with Hunter Brown and Peyton Yoder setting up each goal. Michael Suppan made things interesting by burying a feed from Robin Kuusik in the waning moments, but the Tigers would fend off the challenge to make a winner of netminder Bryson Frazee, who made 21 saves. Noah VenHerik kept the Falcons in the game by turning aside 28 shots to take the hard-luck loss. The victory propelled Texas to a perfect preliminary-round record and into a semifinal matchup that the Tigers would win, 3-1, against the third-ranked West Dundee Leafs. Texas eventually fell in the championship game, 3-1, against the 30th-ranked Tri-Valley Bulls. The Tigers concluded the tournament with a 5-1 record, outscoring their opponents, 26-7, to improve to 37-7-2 on the year. Highland Park went 3-1 for the weekend and is now 22-6-1. Tri-Valley was a perfect 6-0 and improved to 35-5-0 with an impressive 240-66 scoring advantage over all opponents.