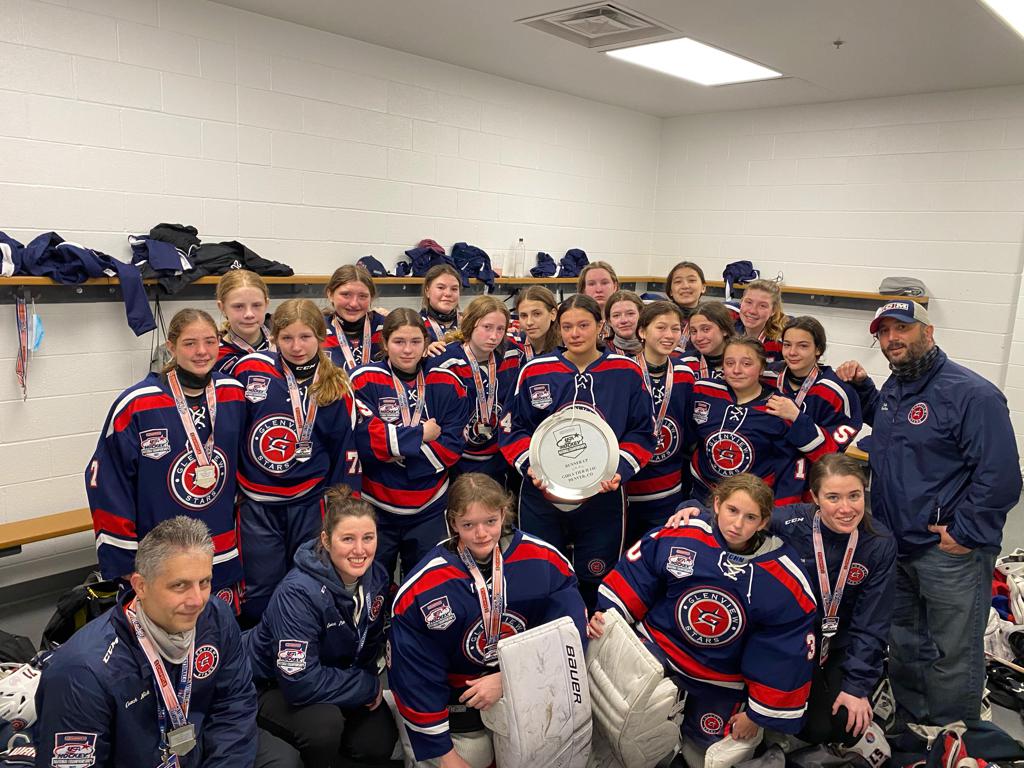 Week 11 MHR Games of the Week

After a holiday weekend off, our Games of the Week return for Week 11 of the 2021-22 season. This week we head to the Chicago are for some great Tier 1 and Tier 2 USA girls hockey action from the CCM Windy City Girls Elite Tournament.

This event features teams form some of the top clubs in the United States, with 72 teams competing across the 12U, 14U, 16U and 19U Tier 1 and Tier 2 levels. Our top featured games from Chicago include Tier 1 and Tier 2 matchups at the 14U and 19U levels.

All games from the Windy City event can be seen live or on-demand on LiveBarn. The complete schedule can be found by CLICKING HERE.

The Stars and Thunderbirds face off in one of the weekend's top matchups at the Windy City Girls Elite Tournament. Glenview carried a sparkling 22-1-3 record into the weekend, while Sno-King was even better at 20-0-0. The Stars had allowed just 16 goals in those 26 outings, recording 13 shutouts and skating to an amazing goal differential of plus-99 in the process. Their only loss came in their last outing, a 1-0 setback vs. the second-ranked East Coast Wizards Nov. 14. That setback snapped a 25-game unbeaten streak. Glenview beat the No. 4 Steel City Selects, 3-1, Nov. 6 and 1-0 Nov. 5 also claimed three victories and skated to a tie vs. No. 9 Honeybaked. Similar to Glenview, Seattle-based Sno-King entered the weekend having allowed just 15 goals in 20 contests, posting 11 shutouts and compiling a plus-110 goal differential. That is not a typo. All of their victories except one, a 1-0 win vs. the 50th-ranked Coeur d'Alene Inland Thunder of Idaho, Oct. 11, have been by more than one goal. They also opened the season with three wins over the Thunder by a combined score of 19-6. Sno-King beat the No. 9 Arizone Kachinas, 2-0, Sept. 24 and the No. 14 Krivo School of Hockey Elite, 4-2, Oct. 29.

Chicago continues on it's "mission," pun intended, to catch the two Minnesota-based teams ranked ahead of them that have completed their seasons. They brought a 30-3-0 record into the weekend and are in the midst of a four-game winning streak that includes a pair of shuouts and a 4-3 victory over the No. 4 East Coast Wizards Nov. 21 in their last outing. The also knocked off No. 9 Assabet Valley, 5-0, that day and the 19th- and 20th-ranked teams the day before. Those four victories followed a 4-3 overtime loss to No. 5 Little Caesars. The Mission have allowed slighlty more than one goal per game, outscoring their opponents 160-35 in their 33 contests entering the tournament. They had a five-game shutout streak earlier in the year and had recorded 15 clean sheets on the season. Despite facing a difficult schedule, Chicago has yet to face the Lions, who had recorded an 8-2-2 record and outscored their foes, 39-26, before getting to Chicago. LA tied No. 8 Team Illinois, 2-2, Nov. 12 and had a five-game unbeaten streak snapped by the No. 47 Milwaukee Jr. Admirals in a 2-1 loss Nov. 13. The Lions' only other loss was against the seventh-ranked Minnesota Blue Ox, and they also tied the No. 11 Minnesota Walleye, 1-1. They have. victories over the Nos. 27, 29 and 32 teams in the nation.

Probably the top matchup in the 19U Tier 2 division of the Windy City Girls Elite Tournament, Grand Rapids and Nashville face off in a top-10 showdown. This is their first meeting of the season. The Griffins brought a 12-3-1 record into the weekend and had outscored their opponents, 60-17, holding all but three foes to one goal or fewer in the process. They had not allowed more than three goals in any game, twice surrendering three tallies and giving up two goals once. Grand Rapids' only losses came against the Nos. 4, 13 and 31 teams, and they had earned victories vs. the Nos. 6, 13, 19 and 27 clubs. The Griffins carried a four-game unbeaten streak into the tournament. Nashville had played almost twice as many games as Grand Rapids heading to Chicago, compiling and impressive 24-1-1 record with the only setback coming against the 15th-ranked Steel City Selects in a season-opening contest Sept. 18. Since then the Preds had reeled off 24 victories in 25 contests and brought a 14-game winning streak and 25-game unbeaten streak into the weekend. They rebounded to beat the Selects, 2-0 , 4-2 and 4-3, after that first loss and have recorded victories vs. the Nos. 13, 15, 19, 20, 23, 31 and 34 teams.

A pair of hightly ranked 12U major teams from the New England Girls Hockey League face off for a Sunday afternoon twinbill in hockey hotbed Massachusetts. The Spitfires are the second-ranked Tier 1 girls 12U program and had a 16-6-2 record heading into the weekend, while Casco Bay is the top-ranked Tier 2 club and entered weekend play with a 16-1-2 mark. The Mariners' lone setback came against Assabet Valley, the ninth-ranked Tier 1 team, by a 1-0 score. They also tied the Jr. Flyers, the third-ranked Tier 1 team, 1-1, and beat the No. 17 Tier 1 East Coast Wizards. They have outscored their opponents, 92-23, and have allowed more than two goals only once (in the tie with the Jr. Flyers). Casco Bay has held its opponents to zero or one goal in 14 of 19 contests. The Spitfires have outscord their foes, 112-50, despite playing one of the five most difficult schedules at the 12U level. They were riding an eight-game unbeaten streak (6-0-2) entering the weekend, dating to an 8-6 loss to the No. 14 Syracuse Valley Eagles Nov. 5. The Spitfires are 9-1-2 in their last 12 outings. In addition to the Syracuse Valley loss, their losses have come against the Nos. 1, 4, 9 and 21 teams. They also have beaten the Nos. 4, 9, 10, 14, 15 and 21 teams.