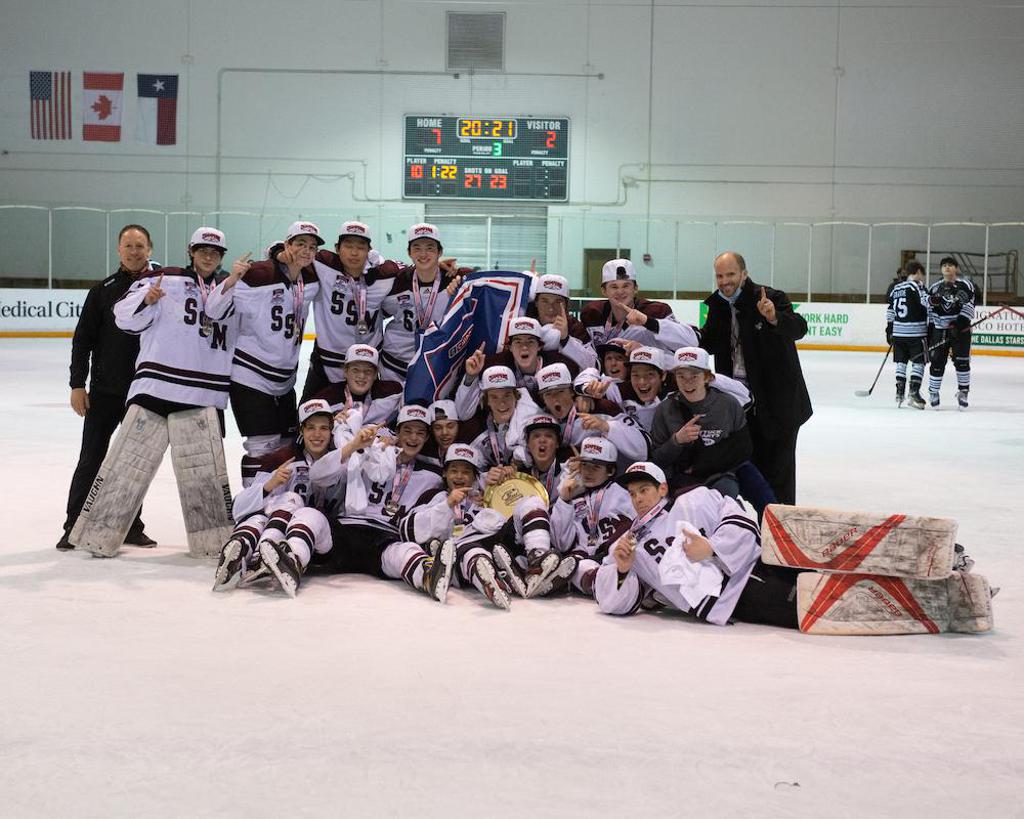 While more hockey is being played all over North America each week, in Minnesota they’ve been going strong since mid-August and are already starting the district tournament process to determine which of their teams will be advancing from to USA Hockey Nationals in Pittsburgh March 21-April 4, 2022. That will be the focus of our MyHockey Rankings Games of Week for Week 3 of the 2021-22 season.

Even though we will focus on Minnesota this week, it’s great to see things ramping up in Canada, and it won’t be long until enough teams have reached the five-game minimum to make it possible for us to begin releasing weekly Canadian rankings. Of course, tournament and league play continue to flourish throughout the United States as well this weekend.

Wherever you are playing, good luck and safe travels to everyone.

Also, parents, players and coaches, please show the proper level of sportsmanship and decorum toward the on-ice officials. Stories of unruly fan, parent and coach behavior around the country are circulating, and we are facing a potentially serious shortage of officials in many areas as a result of hostility toward referees and linesmen.

Thanks to Minnesota Hockey for posting all of this tournament information. You can find their complete rundown by CLICKING HERE. All Minnesota District semifinal games can be seen live on MNHockey.TV

The Girls Tier I 14U semifinals feature the 2021 league playoff-champion and top-ranked Minnesota Lakers as the No. 1 seed with a 16-1-2 record. They take on the fourth-ranked Walleye (11-9-1) in the first semifinal. The other semifinal matchup features the defending district-champion and second-ranked Green Giants (14-2-3) against the No. 5 Loons (12-7-1.)

No. 1 Minnesota Lakers vs. No. 4 Minnesota Walleye

The top-seeded and top-ranked Lakers enter the semifinals having won their last six games and having lost only to the fifth-ranked Loons. They also tied the No. 2 Green Giants and sixth-ranked Blue Ox. The Lakers have outscored their opponents, 84-15, on the season and defeated the Walleye, 4-1, 6-2, 4-1 and 4-3, in four previous meetings. After a hot start, the Walleye simmered to a 3-7-1 mark approaching the semis after opening the season by winning eight of their first 10 outings. They have outscored their foes, 67-60.

No. 2 Minnesota Green Giants vs. No. 5 Minnesota Loons

The Green Giants enter the semifinals as the only team to have knocked off the No.1-seeded Lakers, although the Lakers beat them, 2-0, Oct. 3 to halt a 15-game unbeaten streak after a 1-1-1 start that saw them fall to the Lakers, 3-0, and the sixth-ranked Blue Ox, 2-2. They have outscored their opponents, 82-19, and beat the Loons, 4-1, in their only meeting. Meanwhile, the Loons have won their last three and eight of their last 11 heading into the semis. They have outscored their opponents, 56-32.

The Youth Tier 2 14U semifinals include the top-four teams from the CCM Minnesota Hockey High Performance Prospects League Playoffs. The 89th-ranked Loons (15-2-0), who won the league playoffs after finishing second in the regular season, will play the first semifinal against the No. 161 Lakers (6-7-0). The No. 40 Walleye, who have a 15-2 record identical to the Loons and finished as the runner-up in the league playoffs, will host the No. 93 Green Giants (11-3-1) the second semifinal.

No. 40 Minnesota Walleye vs. No. 93 Minnesota Green Giants

The No. 2-seed Walleye had won 12-straight games according to results recorded on MHR before falling to the Loons, 2-1, Oct. 3. They have outscored their opponents, 77-23, and knocked off the Green Giants, 4-1, Sept. 12. The Green Giants have won two straight and three of their last four according to our records and have outscored their opponents, 64-29.

The Youth Tier I 14U semifinals feature the top-three teams from the CCM Minnesota Hockey High Performance Tier 1 Fall League Playoffs as well as No. 1-ranked Shattuck-St. Mary’s Prep. The league playoff-champion and 20th-ranked Walleye, who finished with a 14-4 record, will face off against the No. 26 Blue Ox (13-5-1). Meanwhile, the No. 27 Green Giants (11-1-1), coming off a runner-up finish in the league playoffs, will take on Shattuck (15-0-5) in the other semifinal.

Always a national powerhouse, Shattuck has a perfect record and has surrendered just 19 goals while scoring 119 in 15 games. The Sabres have allowed more than two goals just three times and have recorded five shutouts. They have wins against the Nos. 6, 8 and 13 teams. The Green Giants are 11-6-1 and have compiled a 68-36 goal differential vs. their opponents. They have won five of their past eight games and lost to Shattuck, 5-2, Sept. 12.

The league-champion Walleye bring a 10-game winning streak into the semifinals, but their last loss was a 9-1 setback against Shattuck-St. Mary’s, a possible championship-game opponent, Sept. 10. They dropped their only meeting with the Blue Ox, 4-2, Aug. 28, and hold a 108-45 scoring advantage against their opponents. The Blue Ox are unbeaten in 11 of their last 12 contests heading into the weekend, but also had a tough go against Shattuck Aug. 29, falling by an 11-1 margin. They have outscored their opponents, 89-60.

The winners of the two semifinals will meet Sunday, Oct. 10, at Noon CT.

The Youth Tier I 15U semifinals also include three teams from the Tier I Fall League and third-ranked Shattuck-St. Mary’s. The defending district champion and 2021 league-playoff champion Minnesota Blue Ox, ranked 22nd nationally with a 15-4-1 record, earned the top seed. They face the No. 40 Walleye (12-5-2) in the 15U semifinal opener. The 46th-ranked Green Giants (10-8-1) take on Shattuck in the other semifinal.

The Blue Ox enter the semis coming off a thrilling overtime win vs. the No. 46 Green Giants and with an 8-1-0 mark in their last nine outings. They have outscored their opponents, 92-54. The Walleye beat the Blue Ox, 9-4, Aug. 29 in their only previous meeting and have won three straight entering the weekend. They hold an 83-62 scoring advantage against all opponents.

In addition to this weekend’s 14 and 15U semifinals, Minnesota Hockey hosts Girls Tier I 16U and 19U district playoffs Oct. 27 at the Plymouth Ice Center. The Boys Tier I 16U playoffs are scheduled for Nov. 10 at the same location. Second-ranked Shattuck-St. Mary’s will represent the Minnesota District at the Boys Tier I 18U classification.