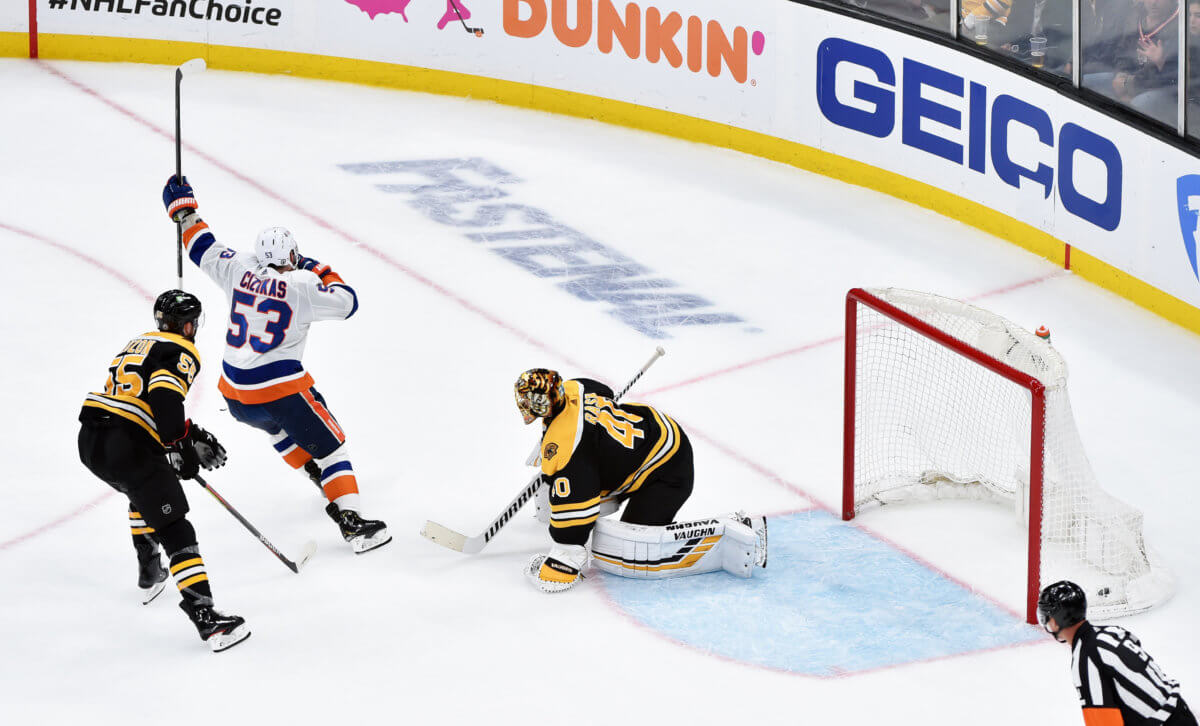 In the first of what we hope will be many MyHockey Rankings Teachable Moments, we take a look at a couple of recent plays during the National Hockey League Stanley Cup Playoffs that led to a pair of game-winning overtime goals. While nothing in sports is more exciting than an OT GWG during the NHL Playoffs, both of these goals were created by turnovers that could have been avoided with smarter, simpler plays.

The first play we dissect occurred during the recently completed first-round series between Toronto and Montreal that resulted in an upset series win by the Canadiens, who at one point trailed the Maple Leafs three games to one. Alex Galchenyuk’s blind cross-ice pass, which was intended for a teammate at the point, was picked off cleanly by Montreal rookie Cole Caufield, resulting in a 2-on-0 break that ended up with Caufield feeding Nick Suzuki for the game-winner as Leafs netminder Jack Campbell was left helpless.

Galchenyuk didn’t have a ton of options on the play but likely chose the worst one of all, spinning and firing a pass without looking that essentially went right to Caufield’s tape. We take a look at what he might have done instead on the video at the link below.

The second play we touch on is a similar turnover, albeit a bit of an unlucky one, by Boston’s Jeremy Lauzon that ended up on the stick of the Islanders’ Casey Cizikas for an overtime breakaway. Cizikas beat Bruins’ goalie Tuukka Rask with a snipe that looked more first line than fourth line for his first playoff goal in like four years to forge a 1-all deadlock in that second-round series.

A safer play down the wall or better communication might have helped Lauzon avoid this turnover; we discuss what he might have done at this YouTube link:

Going forward it is our goal to provide a series MHR Teachable Moments, which we hope will help hockey players of all ages and ability levels develop a deeper understanding of different plays that happen frequently and allow them to make better decisions naturally and quickly under game conditions. We will use NHL video clips as well as clips from events such as the IIHL Men’s World Championship, the Women’s World Championship, the World Junior Championship – and also from college and high-level junior hockey – to help illustrate many different plays and situations that arise during the course of most hockey games.