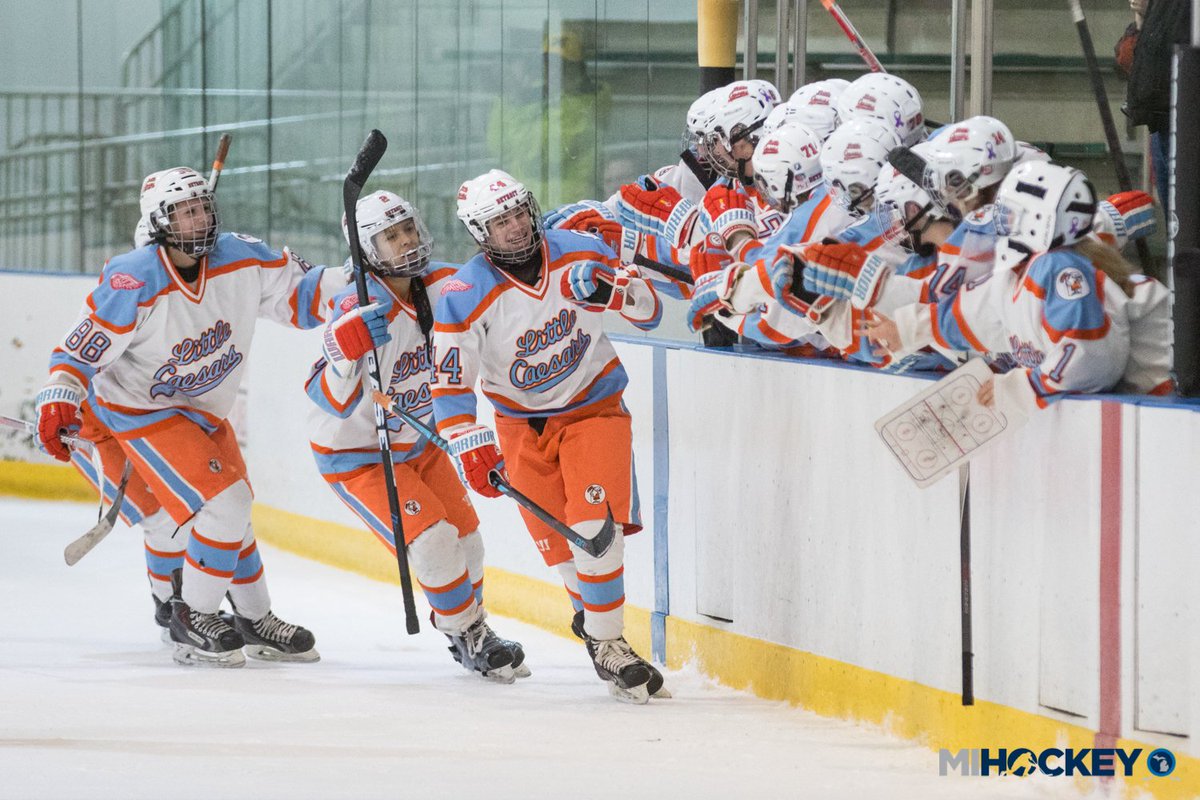 USA Hockey District Tournament play heats up in Week 27 of the 2020-21 season, with several boys’ and girls’ events being held around the United States and more Nationals’ berths to be earned. We already took a look at what is going on in the world of boys’ Tier 1 hockey, so now we turn our attention to the girls.

In seven of the nation’s 12 districts – the Atlantic, Central, Michigan, Mid-Am, Minnesota, Rocky Mountain and the Southeast – playoffs of some sort have been held and/or Nationals bids have been awarded. Tournament play is on tap this week in the Atlantic, New York, New England and Pacific districts. The Northern Plains District only has one Tier 1 girls’ team – Team North Dakota – in each of the 14U and 19U divisions and Massachusetts canceled all of its qualifying tournaments back in January.

Here are the girls’ teams that have qualified to date listed by district:

In addition to this week’s district qualifying tournaments, additional at-large berths to Nationals will be awarded by USA Hockey next week. Normally held during the first week of April, this year’s USA Hockey Girls Tier 1 Nationals are scheduled for West Chester, Pa., April 29-May 3.

Here is a quick look at the teams competing for district titles during Week 27:

With the Philadelphia Jr. Flyers having already earned Nationals berths at each age level, one more Atlantic District bid for each age group is up for grabs this weekend at Mennen Sports Arena and Middletown Sports Complex in New Jersey. Games at Middletown Sports Complex can be seen on LiveBarn. Each of the teams listed below will compete in a best-of-three series, with one game in each series being played on April 9, 10 and 11 (if necessary):

It does not appear that the full schedule has been posted at this point. Games will be played April 9-11 at the Northford Ice Pavilion in Northford, Conn., and can be seen on LiveBarn. We will try to post information as it becomes available.

The New York State/District Tournament games are being held in various locations around New York from April 9-11. Games at the Hyde Park, Cornerstone and Dwyer rinks can all be seen on LiveBarn. Competing teams are listed below:

The Pacific District Tournament begins on Thursday, April 8, and runs through Sunday, April 11, at the Ice Den in Chandler, Ariz. All games can be seen on LiveBarn. Here are the competing teams: