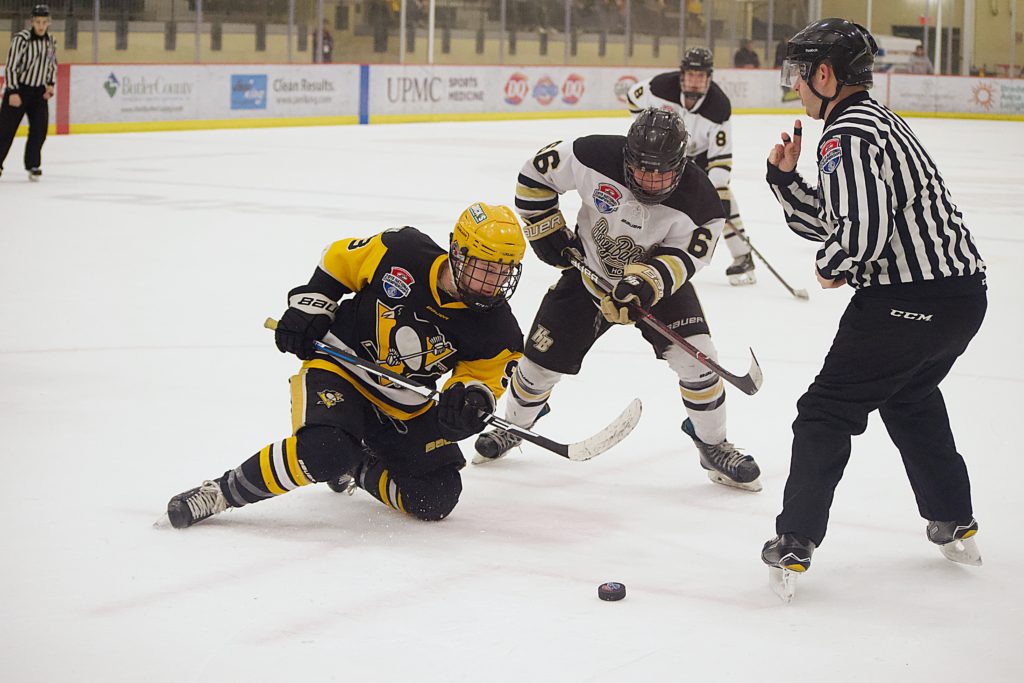 With USA Hockey National Championships fast approaching for boys and girls, our attention turns in Week 26 to the Tier 1 USA Boys district playoffs that started a few weeks ago but are about to get into full swing.

Normally held the first week of April, Nationals have been moved to the end of the month so that they will begin either April 28 or 29 for boys and girls playing at the Tier I and Tier 2 levels.

At the Tier 1 boys’ level, 16 teams in each of the 14U, 15U, 16U and 18U age groups will either qualify or be invited from 12 geographic districts around the country. All of the 12 different district champions from each age group will earn the right to travel to either Dallas, Texas, or Maryland Heights, Mo., for one of this year’s events, and four at-large berths will be awarded.

Massachusetts announced in January that it would not be holding its qualifying tournament this year, so it remains to be seen if teams from that district will be invited.

The Atlantic District held its district-qualifying tournaments this weekend to set up the matchups for next weekend’s best-of-three series that will determine the Nationals berths. Each qualifying tournament was decided on the final day, setting up the matchups below April 10-12 at Ice Line in West Chester. Those games can all be seen on LiveBarn.

Click here for the full schedul for all age groups

The Michigan boys’ Tier 1 tournaments to determine the state’s automatic Nationals berths either get underway or continue this week. All games are being played at the Taylor Sportsplex in Taylor, Mich., and can be seen on LiveBarn.

The following teams competed March 24-26 to determine which two teams would play April 9-11 in a three-game series to determine the Nationals berth:

The three-game series between Belle Tire and Meijer starts on Friday, April 9, at 7:30 p.m. at Taylor Sportsplex. Saturday’s game is at 6 p.m. and Sunday’s is at 4 p.m. All times are Eastern.

Click here for the full schedule for all age groups

Team North Dakota will take on the Sioux Falls Power in best-of-three series to determine Nationals berths in all age levels at the Larson Ice Center in Brookings, S.D., April 9-11. All games can be seen on LiveBarn:

The Pacific District Tournament is scheduled for April 7-11 at the Scottsdale Ice Den in Arizona, with all games available on LiveBarn. Here are the teams competing at each age level:

Click here for the full schedule for all age groups

The USA Hockey affiliate organizations governing New York and New England have expressed their intent to run their qualifying tournaments in April, but as of April 4 no schedules had been posted. Massachusetts announced in January that its tournaments would not be held this year.