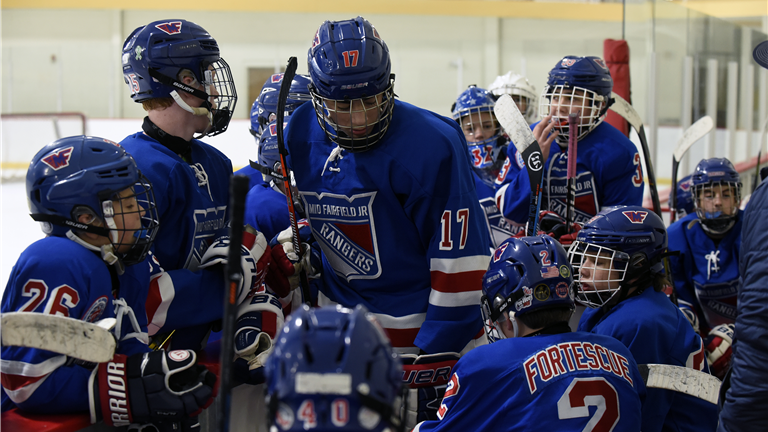 One of the biggest events in the United States during Week 21 of the 2020-21 season takes place in Detroit this week as many of the nation’s top 15U boys’ teams converge to play in the Top 20 Challenge at Fraser Hockeyland. Thirteen of the top 20 are participating in the event, with the 14th team also ranking among the nation’s top 30.

Play began on Thursday and runs through Monday morning’s championship game. All of the games should be available to watch online live or on-demand via LiveBarn. Preliminary-round play concludes Saturday morning with four games beginning at 8 a.m. EST, and the quarterfinals are slated for 6:15, 6:45, 8:15 and 8:45 p.m. Saturday.

Sunday’s semifinals will be played at 11 a.m. and 3 p.m., with Monday’s title game scheduled for 10 a.m. Here is the list of participants:

Saturday’s final preliminary game schedule pits the 17th-ranked Oakland Jr. Grizzlies against No. 10 Mount St. Charles at 8 a.m., with No. 29 Victory Honda facing the 16th-ranked Chicago Fury at 9:30. Our LiveBarn Featured Game of the Week has No. 7 Shattuck-St. Mary’s taking on the sixth-ranked Mid-Fairfield Jr. Rangers at 10 a.m., while the 10:30 matchup between the No. 9 North Jersey Avs and 12th-ranked B.K. Selects is another of our Games of the Week.

The marquee matchup of the final day of preliminary-round play in the Top 20 Challenge in Detroit features the No. 6 Jr. Rangers from Connecticut and Minnesota’s seventh-ranked Sabres. Mid-Fairfield, which opened play in the tournament Thursday with a 4-3 victory against the No. 17 Oakland Jr. Grizzlies, was scheduled to play No. 15 Little Caesars Friday. That win improved the Jr. Rangers’ season record to 18-12-3 and was their fifth straight victory. Shattuck knocked off 10th-ranked Mount St. Charles, 6-4, Thursday and fell to the Jr. Grizzlies, 5-2, Friday and now is 17-11-3. Both teams had extended breaks earlier this season because of COVID-19 restrictions, with the Sabres not playing between Nov. 8 and Jan. 12 and the Jr. Rangers off from Nov. 8 until Feb. 6. Mid-Fairfield knocked off the No. 13 N.J. Rockets, 4-3, in overtime Feb. 6 in its only outing since returning to action prior to this week’s tournament. Shattuck is 4-3-1 since returning to the ice Jan. 22, including a 1-1-1 mark against the eighth-ranked Chicago Young Americans. The Sabres split a pair of games against Oakland Feb. 6 and 7. Mid-Fairfield has outscored its opponents, 109-99, while Shattuck has a 160-100 scoring margin against its foes.

The final preliminary-round contest of the Top 20 Challenge features a pair of rivals who have already met three times this season, with the Avalanche sweeping a two-game series in September by scores of 5-2 and 4-2 before earning a thrilling 2-1 shootout victory on Valentine’s Day. North Jersey was off because of COVID-19 restrictions from Dec. 5 until Jan. 10 and had to play against only New Jersey teams from Nov. 12 through Feb. 6 before heading to Rochester for games against the Buffalo Jr. Sabres, the Rochester Coalition and these same B.K. Selects Feb. 13 and 14. During that stretch of games against in-state foes, North Jersey played the 13th-ranked Rockets seven times, going 4-3 in those contests, and the Avs posted an 11-4 overall record in those Jersey outings. They opened play at the Top 20 Challenge Thursday with a 4-1 victory against the No. 8 Chicago Young Americans to improve to 33-6-3 on the year. The Avs have outscored their opponents by a 216-68 margin. Bishop Kearney opened play at the Top 20 Challenge Thursday against the No. 8 Chicago Young Americans, skating to a 5-all tie, before falling to the top-ranked Chicago Mission, 4-1, Friday. That leaves their record at 22-18-1, and they now have outscored their opponents, 127-104, on the campaign. They had dropped three straight games heading into the tourney, including the 2-1 shootout decision against North Jersey Feb. 14 and a pair last weekend against No. 10 Mount St. Charles. Prior to that three-game skid, B.K. had reeled off 10 straight wins.