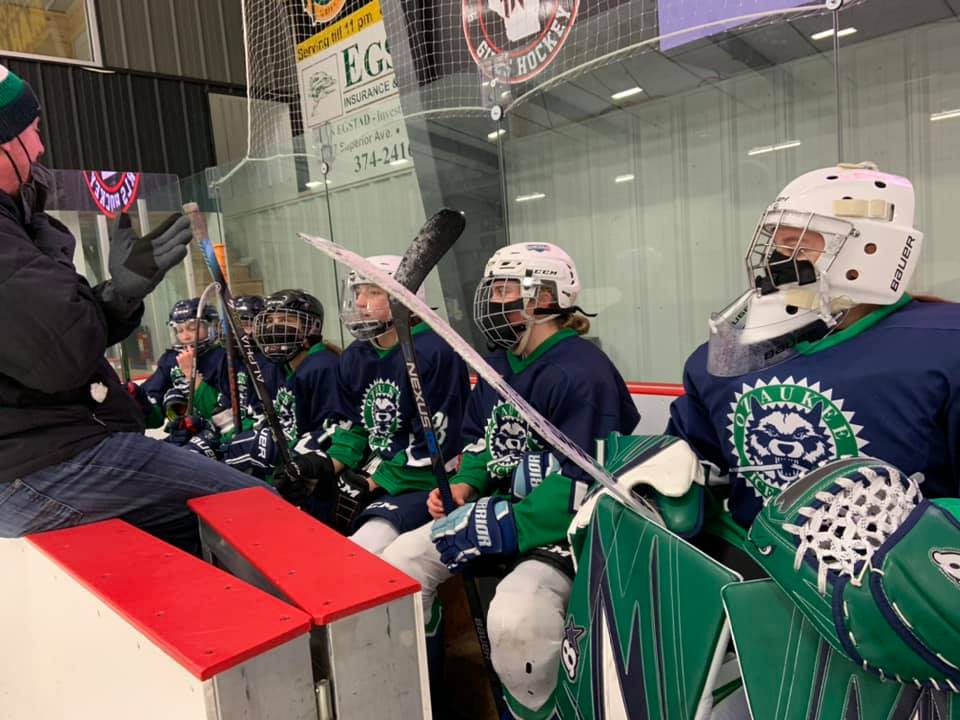 After one of the busiest weekends of the 2020-21 hockey season last weekend, top teams all over the United States are back in action again in Week 17 as we approach the end of January. A season that never seemed like it would get underway is flying by for those who are fortunate enough to be able to compete. We hope that even more kids are able to skate and play this weekend.

This week we highlight Tier 1 boys’ games at the 15U and 18U levels, but for our LiveBarn featured game of the week we head out to Wisconsin in honor of Aaron Rodgers and the Green Bay Packers for a Badger State Battle at the 12U Tier 2 level in the Chippewa Falls Youth Hockey Association Tournament. The 11th-ranked Ozaukee Ice Dogs and the No. 15 Green Bay Bobcats bring a combined record of 31-1-2 into their Saturday afternoon matchup. Our other girls Tier 2 matchup is at the 16U level, where the unbeaten No. 9 Steel City Selects take on the 24th-ranked Little Flyers in a Keystone State showdown.

On the boys’ side, we have an 18U Tier 1 matchup between second-ranked Pittsburgh Penguins Elite and No. 9 Belle Tire and a 15U showdown between sixth-ranked Compuware and the top-ranked Chicago Mission.

In one of the marquee matchups of the CFYA Tournament this weekend, teams with two of the best records in the 12U Tier 2 girls top 15 square off in Wisconsin Saturday afternoon. Ozaukee brings a 13-1-1 mark into the weekend, while Green Bay is 18-0-1. These two teams met earlier in the season, with the Bobcats handing Ozaukee its only loss of the season, 5-1, Dec. 19. The teams skated to a 1-1 tie in their rematch later that day. That means that the Ice Dogs are a perfect 13-0-0 against teams other than Green Bay. They have outscored their opponents a remarkable 112-22 for the season while holding 10 foes to one goal or fewer and recording four shutouts. Ozaukee has scored seven or more goals on 10 occasions, notching double-figure goals five times. Other than the loss and tie to the Bobcats, the Ice Dogs’ closest game was a 7-5 shootout against the No. 48 Fond du Lac Thunder Dec. 26. They bounced back to knock off the Thunder, 7-1, the following day. Unbeaten Green Bay has outscored its foes, 119-25, although the Bobcats had a pair of tough contests against the No. 46 Fox River Freeze, earning 5-4 and 6-3 victories Dec. 12. The Bobcats routed Fond du Lac last weekend by a combined 19-0 in two victories for their fourth and fifth shutouts of the year. They have held 10 opponents to a single goal or fewer and have allowed more than two goals just three times.

Our 16U girls Tier 2 matchup is a battle of Pennsylvania in-state rivals as east meets west just outside of Philadelphia. The Little Flyers will be attempting to hand the 17-0-3 Selects their first loss of the season when the teams meet three times this weekend. All three contests can be seen on LiveBarn. Steel City brings a five-game shutout streak into the weekend and has allowed just one goal in its last six outings. The Selects have outscored those opponents 18-1 to improve their season scoring margin to 63-20. A strong defensive team, they have seven shutouts on the year and have allowed more than two goals only once. One of their shutouts was a 1-0 decision against these same Little Flyers Nov. 15. They also beat the Little Flyers, 3-1, earlier that day. Steel City blanked the 32nd-ranked Jr. Flyers three times last weekend and posted three victories vs. No. 5 Little Caesars back in September before also tying them Oct. 23. Philadelphia enters the series with a 16-8-1 mark after falling to No. 36 Team Illinois, 3-0, and the third-ranked Alaska All-Stars, 2-0, before tying the 44th-ranked Boston Shamrocks, 1-1, last weekend in Florida. The Little Flyers split a pair of contests against the Jr. Flyers, winning 2-0 Dec. 5 and losing 5-1 Nov. 28, in their most recent games prior to last week’s Palm Beach tournament. Philly’s resume includes a win against the No. 12 Connecticut Northern Lights, and they have outscored their opponents, 90-39, this year.

It’s a neutral-site top-10 boys 18U matchup in Ohio when the second and ninth-ranked teams face off twice this weekend. Pens Elite continues its difficult schedule, entering the weekend after splitting a pair of contests against the seventh-ranked Oakland Jr. Grizzlies last weekend. They won the first matchup, 5-0, before falling, 3-2 in a shootout. The weekend before that they took on the No. 5 Rochester Coalition in a pair of contests that featured one total goal – a 0-0 tie Jan. 8 and a 1-0 victory Jan. 9. Including those contests, Pittsburgh has recorded shutouts in three of its last four outings to bring its season total of shutouts to six. Pens Elite is 13-6-1 overall and has outscored its foes, 65-31. They have recorded victories against the Nos. 5, 7, 8, 9, 20, 21 and 23 teams and fell to top-ranked Shattuck-St. Mary’s in overtime Nov. 7. They opened the year with a 3-2 win against Belle Tire, which brings a 26-9-2 record into this weekend’s matchup, way back on Oct. 2. BT has won its last three games, including last weekend’s sweep of No. 6 Culver Academies Prep. They split a pair of games vs. the No. 11 Maine Nordiques the weekend before that and also have recorded victories against the Nos. 13, 15, 27, 20, 21 and 25 teams. Belle Tire has outscored its opponents, 133-82, and has held 15 foes to one goal or fewer.

Another neutral-site matchup, this time at the home of Trine University’s NCAA Division III team, pits a pair of Midwest top-six 15U rivals against each other Saturday and Sunday. Sixth-ranked Compuware brings a 19-8-3 record into the contest, while the Mission are 18-1-1 entering the weekend. This is a rematch of a game played Oct. 31 in which the Mission skated to a 4-1 victory. Chicago has outscored its opponents, 110-28, for the year, with its only loss coming against No. 2 Honeybaked by a 2-1 score Nov. 11. The Mission have rolled to a 12-0-1 record since that setback, holding their opponents to one goal or fewer in seven of those outings. Last week they swept a pair of games against No. 15 Pittsburgh Penguins Elite, 6-3 and 4-2, coming off a 3-3 tie vs. the 10th-ranked Chicago Young Americans. Compuware also knocked off Pens Elite, 5-2, two weekends ago while skating to a 3-3 tie against a No. 13 Little Caesars team that the Mission had beaten five times previously this year. That followed a 4-1 setback against Little Caesars, who they also tied Oct. 23. Prior to that 1-1-1 weekend, in their most recent previous outing Compuware lost a 5-4 shootout thriller against No. 3 Florida Alliance during a tournament in Florida that also featured a 2-0 victory against second-ranked Honeybaked. Compuware also has recorded victories against the Nos. 10, 14, 16 and 24 teams this season while outscoring its opponents, 104-58.