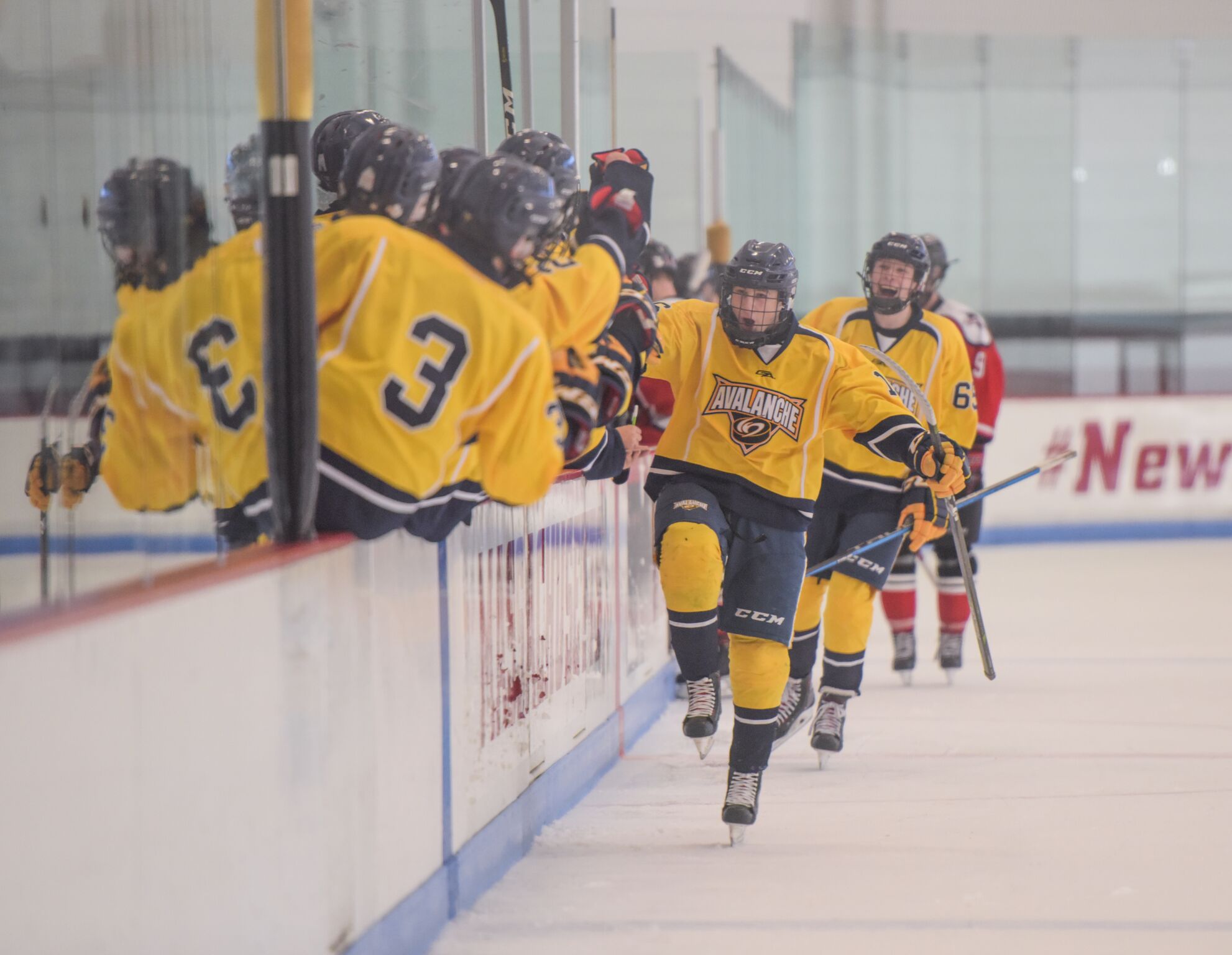 Week 9 MHR Games of the Week

Most years, many youth hockey teams take a break on American Thanksgiving weekend, although there traditionally also are some large tournaments. The slate seems to be even lighter this year thanks in part to some COVID-related rink showdowns, but we have managed to find some great matchups out there for those hungry for some holiday hockey. We hope that all youth hockey families in the United States were able to relax and de-stress while enjoying some much-needed, quality family time yesterday.

This week, our MyHockeyRankings/LiveBarn Featured Game of the Week is another great top-five matchup at 16U USA Boys’ Tier 1 level as the second-ranked North Jersey Avalanche host the No. 7 Rockets Hockey Club in a battle of New Jersey Friday at 4:30 p.m. in Hackensack, N.J., on LiveBarn from the Ice House. Those two teams will meet Saturday and Sunday as well in Bridgewater, N.J., but those games will not be streamed.

In our other top games, we have a 14U USA Tier 1 Boys’ Midwest battle between the 13th-ranked Chicago Fury and No. 9 St. Louis Jr. Blues in Missouri as well as great USA Girls’ Tier 1 matchups at the 16U and 19U levels thanks to a holiday tournament being hosted by Pittsburgh Penguins Elite at the UMPC Lemieux Sports Center in Cranberry Township, Pa. In 16U girls’ play, No. 8 Pens Elite hosts Selects Academy at Bishop Kearney Saturday at 2 p.m., while the No. 8 Jr. Flyers take on No. 14 Selects Academy in a 19U game Saturday at 6:15 p.m. All of those games should be on LiveBarn as well.

The first of a three-game series featuring two of the top club organizations in New Jersey, these two teams also meet once Saturday and once Sunday in Bridgewater N.J. in games that are not streamed. North Jersey enters the weekend with a 16-2-2 record, coming off an exciting series of games against the Rockets last week that featured a 4-3 overtime victory Nov. 21 and a 2-1 shootout loss Nov. 22. Prior to that, the Avs were unbeaten in their previous eight outings, dating to a 4-2 loss against No. 8 Seacoast Performance Academy Sept. 26. That was the only other loss of the season for a team that has outscored its opponents, 100-34, and recorded four shutouts. The Avs have held their foes to one goal or fewer nine times. North Jersey has beaten the Nos. 5, 7 and 8 teams this season and also knocked off the Rockets, 4-1, back on Sept. 19. The Rockets bring a 20-8-7 record into Friday’s contest. Prior to last weekend’s split with the Avs they were on a six-game unbeaten streak (3-0-3), dating to a 4-2 loss to the No. 5 Bishop Kearney Selects Oct. 23, a game which was part of a series that saw them go 0-1-1 vs. B.K. For the season they are 0-2-2 vs. the No. 5 Selects. In addition to last weekend’s victory over No. 2 North Jesrsey, the Rockets have beaten No. 8 Seacoast Performance Academy while also dropping close decisions to Seacoast and top-ranked Pens Elite. They have outscored their opponents, 133-73.

Part of the Pens Elite Thanksgiving tournament, the Nos. 8 and 9 teams face off this weekend just outside of Pittsburgh in a matchup of Northeast powerhouse programs. Pens Elite enters the tournament, which also features Selects Academy and the No. 18 Jr. Flyers, with a 6-5-2 record. These two teams have already met five times this season, with Pens Elite holding a 2-1-2 advantage. Pittsburgh won, 3-0 Oct. 2 and 4-2 Oct. 17. Selects skated to a 3-1 victory Oct. 4, and the two teams tied Oct. 17 and 18. Pens Elite dropped its most recent contest, 3-2, against the No. 19 Chicago Mission Oct. 25. They also lost 4-2 to second-ranked Little Caesars Oct. 24 and are 4-3-2 in their last nine. Selects Academy is 9-5-2 on the year and 3-1-2 in their last six since a 3-0 loss to Pens Elite Oct. 2. Their last four games were the series were against Pens Elite, including a three-game series Oct. 17 and 18. They have outscored their opponents, 42-33, for the season, while Pens Elite has outscored its foes, 45-25.

Also part of the Pens Elite Thanksgiving tourney, this matchup marks the second meeting of these two teams this season. Philadelphia earned a 6-1 victory against Selects Sept. 6. The Jr. Flyers went 2-1 against No. 32 Pens Elite last weekend, including a 2-1 overtime setback Nov. 22. That loss ended a four-game winning streak, which dated to a 5-3 Oct. 24 loss vs. No. 7 Honeybaked. They are 9-5-3 in their last 17 contests, with two of those losses coming against the No. 2 and 3 teams in the nation. They also tied top-ranked Minnesota Elite, 1-1, during that stretch. The Jr. Flyers also have victories over the Nos. 2 and 4 teams in the country an overtime loss against the No. 5 team. They have outscored their opponents, 78-31. Selects Academy is 8-4-5 entering the weekend and has outscored its foes, 59-31. Their last three games also came against Pens Elite Oct. 17-18, with the teams going 1-1-1 in those contests. Prior to that, Selects fell to the No. 5 East Coast Wizards, 5-1, tied the Northwood School, 1-1, and lost to the No. 20 Niagara Purple Eagles, 2-1. That tough stretch followed a five-game unbeaten streak that came right after they lost to the Jr. Flyers. Selects beat the No. 5 Mid-Fairfield Stars, 3-1, Sept. 6 and No. 9 Detroit Belle Tire, Sept. 5.