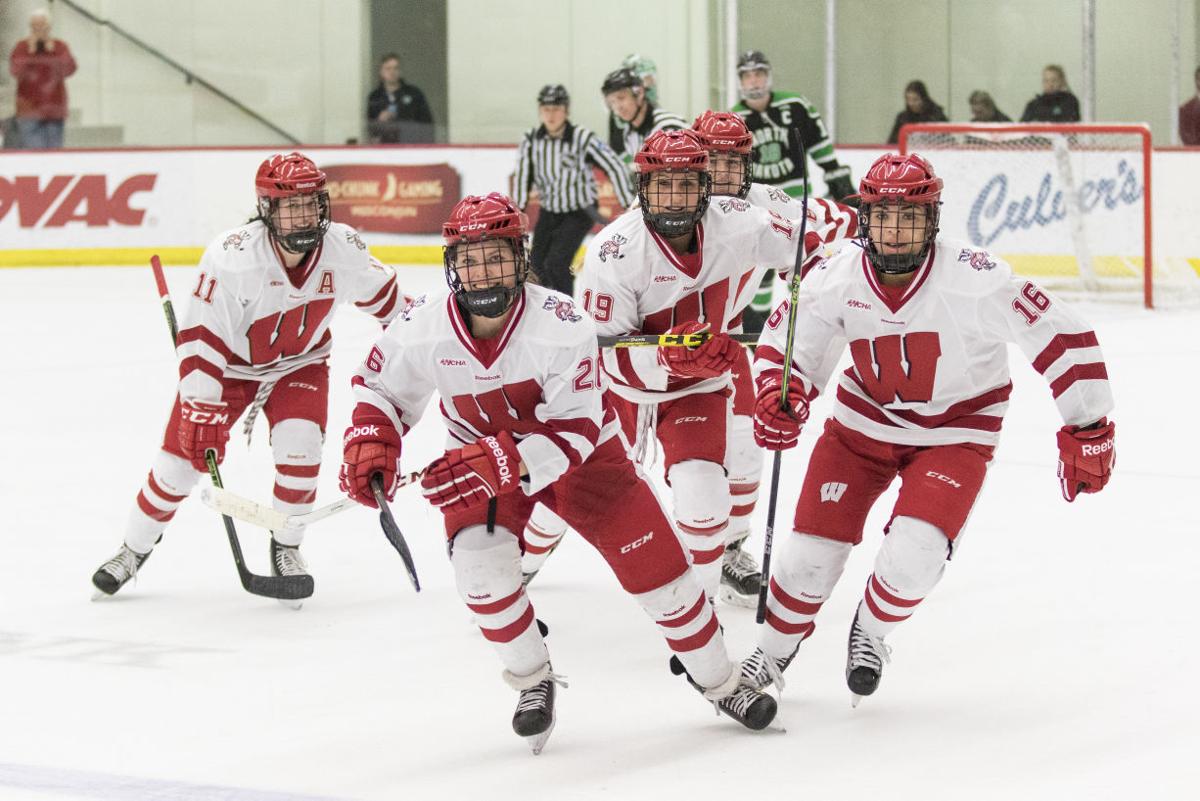 All of college ice hockey, but particularly NCAA Division I women’s hockey, received another gut punch this week when the Ivy League announced that its programs would not be participating in winter sports during the 2020-21 academic year. This effectively eliminated three of the nation’s top-11 teams – No. 2 Cornell, No. 6 Princeton and No. 11 Harvard – according to the USCHO’s preseason rankings.

Still, women’s hockey trudges on, swimming upstream against the current of a once-again rapidly spreading pandemic.

Following a weekend that featured the season’s first D1 men’s hockey action – along with the NCAA’s first COVID-induced hockey cancellation – both Hockey East and the Western Collegiate Hockey Association (WCHA) plan to drop the puck on their women’s campaigns during the upcoming weekend.

Hockey East women’s play opens Friday with a game televised on the New England Sports Network (NESN) that pits No. 13 Boston College against New Hampshire at 4:30 p.m. B.C. is picked third in the league’s preseason coaches’ poll – behind third-ranked Northeastern and No. 9 Boston University – while UNH Is picked to finish fifth. The contest is the first of six women’s games to be broadcast by NESN between now and Jan. 1, 2021, with all other Hockey East women’s contests available to be viewed free of charge via various CBS/Viacom web platforms.

The league’s plan for the 2020-21 season has its members playing two conference games against each of the other Hockey East schools, “flex” weekends during which Hockey East teams play each other in “non-league” contests so that postponed gamess can be easily rescheduled to those dates if necessary, limited overnight travel and stringent COVID protocols. Individual programs will make decisions about permitting spectators, staffing guidelines and other similar issues based on state, local and institutional regulations.

“I think it’s unrealistic to think everyone will play their full slate of games,” Commissioner Steve Metcalfe told Nicole Haase of USCHO.com. “We’ve built in what we’re calling flex weekends, but I guess you might call them makeup weekends – it gives us an opportunity to do make-up games without conflict with conference games.”

Further complicating Hockey East scheduling was a decision by the University of Vermont this week to push the start-up date for its winter sports seasons to Dec. 18.

Over in the WCHA, the league announced the first half of its schedule Nov. 6, with Bemidji State originally scheduled to face St. Cloud State Friday while ninth-ranked Minnesota Duluth was slated to take on Minnesota State. Unfortunately, St. Cloud State announced Monday that it would be shutting down all women’s hockey activities for the week as a result of several positive COVID tests within the Huskies’ program. No make-up dates have been announced for this weekend’s postponed game against Bemidji State.

“I share the disappointment being felt by the student-athletes and coaches at both St. Cloud State and Bemidji State," WCHA Women’s Commissioner Jennifer Flowers said in response to the announcement. "The first priority of the WCHA and our member institutions has always been the health and well-being of everyone associated with our seven programs. St. Cloud State continues to follow local, state, NCAA and WCHA guidelines regarding COVID-19 testing and tracking, and we hope to see them back on the ice soon."

Just as we have seen with Major League Baseball, the National Football League and NCAA football, organizations that have not had teams bubble in one location, there will be a lot of ups and downs as colleges and conferences attempt to navigate the 2020-21 men’s and women’s ice hockey seasons. Patience, flexibility and creativity will be required if conference and national champions are going to be crowned in 2021.

St. Cloud’s next scheduled games are Nov. 27-28 against Minnesota State, while Bemidji State is now scheduled to open its season Dec. 4-5, also against the Mavericks. The game between UMD and Minnesota State scheduled for Friday is still slated to be played at 7 p.m. EST, with the second game of the series set for 4 p.m. EST time Saturday. Both games are at Minnesota State and can be viewed on FloHockey.TV as part of that platform’s various paid WCHA packages.

The WCHA boasts four of the nation’s top-10 teams – No. 1 Wisconsin, No. 4 Minnesota, No. 5 Ohio State and No. 8 UMD. Part of the challenge of putting together this season’s schedule – and the reason only the first half has been announced – is that the league brings together programs that compete at different levels and in various conferences in other sports. So, not only did the WCHA have to develop its own plan and protocols, its member institutions have to abide by whatever guidelines may be required internally and as a result of being members of other conferences

Three WCHA programs – Minnesota, Ohio State and Wisconsin – also call the Big Ten home, while four others – Bemidji State, Minnesota Duluth, Minnesota State and St. Cloud State – are members of the Division II Northern Sun Intercollegiate Conference (NSIC). Because of this, in the first part of the schedule the Big Ten and NSIC programs will only play games against other schools that are also part of those leagues. The lone exception to this is Minnesota Duluth, which is part of the Minnesota state system and thus is required to follow similar protocols to those put in place by the Big Ten.

For now, the WCHA plan is for each of it’ women’s teams to play eight games between now and Dec. 19 before breaking for the holidays. The post-holiday schedule will be released at a later date, but games could resume as early as Jan. 1, 2021.

WCHA officials and member institutions are finishing up their return-to-play protocols, which will be implemented upon approval. The protocols will be enforced at all WCHA arenas throughout the 2020-21 season – along with state, local and institutional guidelines.

Waiting on the Others

Similar to the situation on the men’s side, the Eastern College Athletic Conference has pledged to do everything in its power to have a 2020-21 season. It seems as though the league had to wait to hear from the Ivy League about its plans considering that six Ivy women’s hockey programs – Cornell, Dartmouth, Harvard, Princeton, Brown and Yale – are members of the ECAC.

With those teams, as well as Rensselaer and Union, deciding to cancel their seasons, the ECAC is left with just No. 7 Clarkson, No. 11 Quinnipiac, No. 14 Colgate and St. Lawrence available to play. Although a league plan has not been announced for 2020-21, Clarkson and Quinnipiac are scheduled to play each other in home-and-home series the weekends of Nov. 28-29 and Dec. 4-5. It seems logical that there might be talks about some kind or potential arrangement between the ECAC and either College Hockey America (CHA) or the New England Women’s Hockey Alliance (NEWHA) to include ECAC teams that are still hoping to play in one of their 2020-21 schedules.

“ECAC Hockey continues to be committed to conducting a 2020-21 season with those institutions that are able to play and continues to work with staff at member institutions on the best path forward,” the league Tweeted Nov. 13. “Details on the play for returning to play will follow in the coming days.”

Under normal circumstances, CHA includes Penn State, Syracuse, Robert Morris, No. 10 Mercyhurst, Rochester Institute of Technology and Lindenwood, but RIT opted out of the 2020-21 season last week. As of today, CHA has yet to present a plan for returning to play for the upcoming season, but RIT did announce that it was reconsidering the 2020-21 future of it's men's and women's teams Tuesday on Twitter.

The NEWHA consists of a mix of traditional NCAA Division I and II programs, including Franklin Pierce, Long Island, Post, Sacred Heart, Saint Anselm and St. Michael’s. Stonehill College was scheduled to add women’s ice hockey for the 2021-22 season, but given the NCAA Division I restrictions on in-person recruiting that are currently in place, the school announced Sept. 11 that it would not be adding hockey until 2022.