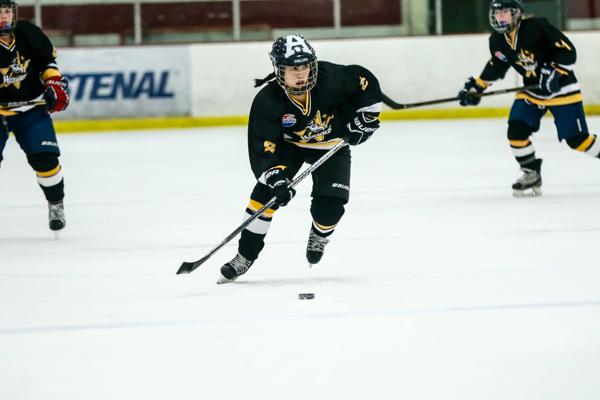 Week 7 MHR Games of the Week

We have another great matchup of top-10 teams this weekend as we conclude Week 7 of the 2020-21 youth hockey season. In our LiveBarn Featured Game of the week, at the 2007 Bantam Minor 13U level we have No. 5 Little Caesars taking on seventh-ranked Team Illinois Friday at 1:30 p.m. EST in Appleton, Wis. As with all of our Games of the Week for Week 7, that contest can be viewed live or on-demand at www.LiveBarn.com from Community First Champion Center.

Our other Week 7 Games of the Week are at the boys’ 16U Tier 1 level, and we have two girls’ Tier 1 matchups at the 19U and 14U levels. Details about all the games can be found below.

Fifth-ranked Little Caesars comes into Friday’s game with an 8-6-2 record, indicating that LC has played a very difficult schedule to date. All six of its losses have come against either the No. 1 or No. 3 team. LC opened its season with a 3-2 victory against third-ranked Pittsburgh Penguins Elite and has gone 7-4-2 since then. Two of those three additional losses also came against Pens Elite, as did one of the ties, and LC also fell in its most recent outing, 4-1, against top-ranked Honeybaked last weekend after earlier dropping a 7-1 decision against the No. 1 team. At one point, Little Caesars ran off a six game unbeaten streak that included victories over the No. 18 Chicago Young Americans, No. 11 LA Jr. Kings and No. 13 St. Louis Jr. Blues. LC has outscored its opponents, 58-46. Team Illinois is 7-2-4 and is 4-1-3 in its last eight outings. TI dropped its most recent outing, 5-2, to the No. 12 New Jersey Rockets Nov. 1 as its seven-game unbeaten streak came to an end. Team Illinois owns two victories against the No. 8 Northeast Wisconsin Jr. Gamblers and tied the No. 9 Long Island Gulls, No. 10 Rochester Jr. Americans and No. 15 Colorado Jr. Thunderbirds. TI has outscored its opponents, 48-31.

Two of the nation’s 16U Tier 1 top-20 programs face off in Bellevue, Tenn., Saturday as No. 8 Seacoast Performance Academy takes on the 17th-ranked Nashville Jr. Predators. Seacoast enters the weekend at 13-5-2 but has dropped four of its last six outings after sprinting to an 11-1-2 start. Seacoast’s quick start included a six-game unbeaten streak to open the year before a 5-5 tie against the No. 11 East Coast Wizards Sept. 13. The team’s recent skid has included losses to the second-ranked North Jersey Avalanche and sixth-ranked New Jersey Rockets as well as a setback against traditional-powerhouse Mount St. Charles. Seacoast also beat the Rockets and Avs by identical 4-2 scores Sept. 25 and 26 and has outscored its foes, 88-45. The Jr. Preds are 9-7-0 overall and 7-2-0 in their last nine contests. They won a pair of games last weekend against the Syracuse Nationals and Esmark Stars after dropping a pair to the No. 6 Rockets. Nashville owns victories against No. 16 Dallas Stars Elite and No. 18 Ohio Blue Jackets and has outscored its opponents, 59-36. If you miss the first matchup between these two teams, they also play Sunday at 2:45 p.m. EST on LiveBarn.

A pair of nationally ranked Midwest rivals face off in this 19U tilt Saturday in Macomb, Mich. Belle Tire brings a 13-3-3 record into the weekend along with a six-game winning streak and nine-game unbeaten streak (8-0-1). BT’s last setback was a 4-2 decision against third-ranked Minnesota Elite Black Oct. 16. The team’s other two losses came at the hands of No. 10 Selects Academy at Bishop Kearney (5-0) and No. 14 North American Hockey Academy (2-1). Belle Tire also skated to a pair of ties against Selects and earned a scoreless tie against No. 2 Shattuck-St. Mary’s while also avenging its loss to NAHA with a 3-2 victory Oct. 22.  They have recorded a pair of victories against the No. 16 and 17 teams and five other wins against teams ranked among the nation’s top 18. These two teams met Oct. 24 and 25, with Belle Tire skating to 5-1 and 3-0 victories. Team Illinois is 4-6-1 and has not played since its 3-0 loss to Belle Tire Oct. 25. Prior to that setback, TI had posted a five-game unbeaten streak that included victories against No. 24 Team Wisconsin, No. 22 Gilmour Academy and the Northern Michigan K-Stars, the No. 5 Tier 2 team in the nation. Team Illinois opened its season with four losses to teams from Minnesota that are ranked among the top 12, including losses to the No. 1 and No. 3 clubs. Since then TI has gone 4-2-1.

It’s been an interesting few weeks for hockey in the Northeast as several states have faced rink shutdowns or increased restrictions as cases of COVID-19 surge across the United States. This weekend, two of the top girls’ hockey clubs in Massachusetts meet at the 14U level Sunday in Rockland, Mass., as the No. 1 East Coast Wizards from Bedford take on the 12th-ranked Bay State Breakers from Marshfield in a matchup of the top two teams in the New England Girls Hockey League. The Wizards are 15-1-0 overall and 6-0 in NEGHL play, while the Breakers are 10-5-1, 4-1-1. East Coast has outscored its league opponents, 25-5, while Bay State holds a 17-11 scoring edge in NEGHL play. Bay State’s tie came in its last outing, 1-1, against No. 19 Assabet Valley, and the Breakers dropped its only previous league matchup against the Wizards, 2-0, Oct. 12. These two teams also met Sept. 13, with the Wizards earning a 5-2 victory. The only blemish on East Coast’s overall record thus far was a 2-1 loss to the No. 10 Mid-Fairfield Stars Sept. 6, but the Wizards also own a pair of shutout wins over the Stars by scores of 3-0 and 4-0. East Coast has won its last 10 outings, holding its opponents to just five goals in the process while recording seven shutouts. For the year, the Wizards have outscored their foes by an impressive 68-15 margin. Bay State has gone 8-1-1 in its last 10 contests and has outscored its opponents, 44-28, for the season.