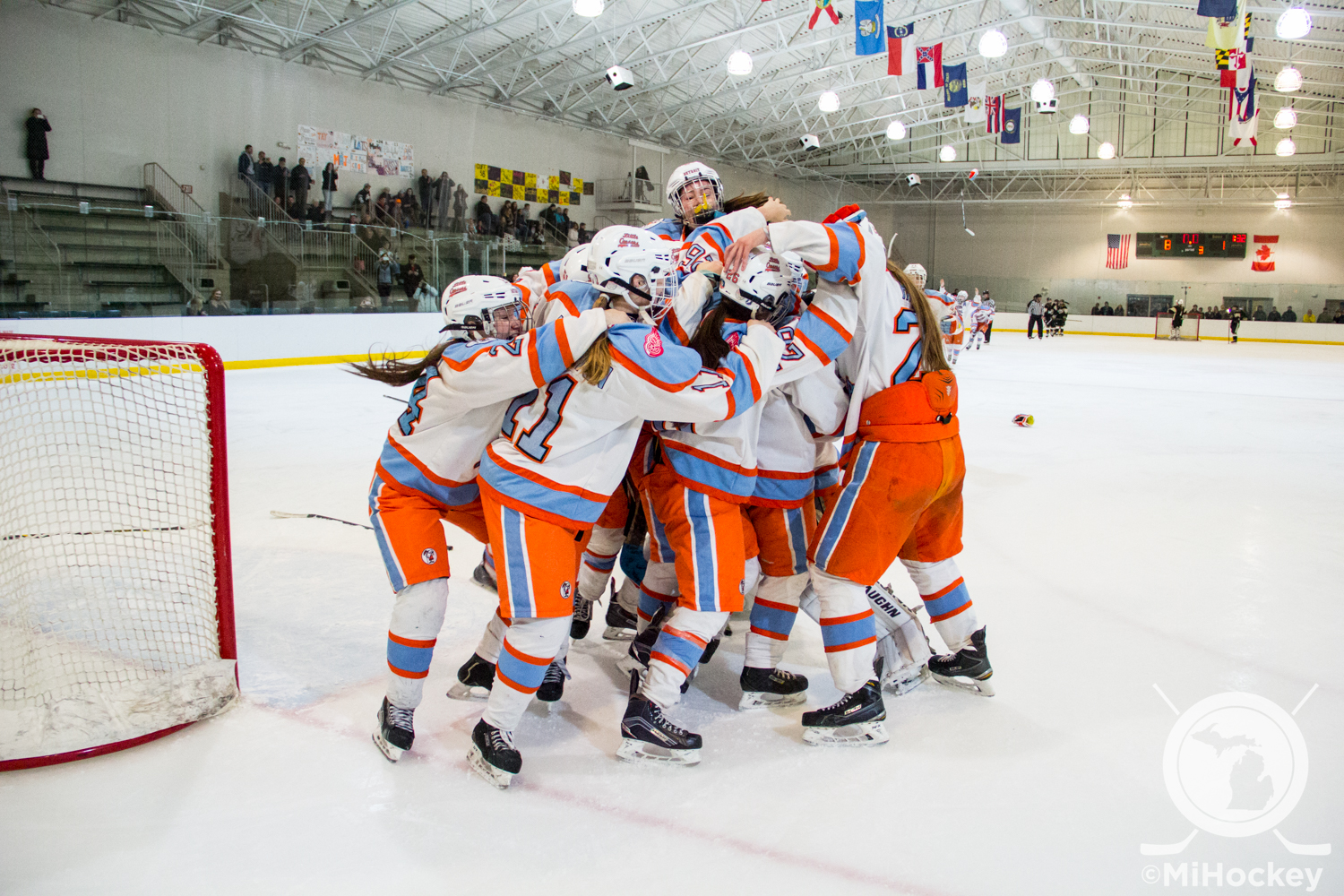 Week 4 MHR Games of the Week

October 23, 2020
MIHockey.com photo
As the 2020-21 rankings continue to take hold and become more accurate, we will try to highlight some of the top youth hockey matchups taking place throughout North America each weekend, with at least one featured game being streamed by our partners at LiveBarn. There will be opportunities throughout the year for us to provide highlights of at least one of our games of the week, too, also courtesy of LiveBarn.
This weekend we head to the Philadelphia area for a Beast Series showcase hosted by the powerful North Jersey Avalanche organization. The Beast Series includes some of the top full and split-season programs in the Northeast and the nation and always provides us with top matchups of highly ranked teams.
If you are aware of a great matchup on the horizon, please don’t hesitate to shoot us an email to let us know the details. Address your message to scott@myhockeyrankings.com.
LIVEBARN FEATURED GAME OF THE WEEK
USA Boys 16U Tier 1
#5 Bishop Kearney Selects vs. #3 North Jersey Avalanche
Saturday, October 24 – 1 p.m.
Westchester, PA – Ice Line Rink 1
watch on LiveBarn
Led by Director of Player Development and former National Hockey League captain Ryan Callahan, the Bishop Kearney Selects are off to a great start in their inaugural season. Based in the Rochester, N.Y. area, the Selects program fields three boys’ teams – at the 14U, 15U and 16U levels – and features local players and others who are recruited from other parts of the country. They are off to an impressive 10-2-3 start, having outscored their opponents, 55-21, in the process. They already have played the Avs twice, falling 4-3 Sept. 6 and skating to a 2-2 tie Sept. 20. BK’s losses have come against the Avalanche and the 12th-ranked Cape Cod Whalers, and they knocked off the No. 10 New Jersey Rockets, No. 26 Boston Jr. Eagles and No. 29 Rochester Coalition. Last weekend they earned a three-game sweep against the No. 34 Boston Advantage. The Avalanche are off to a 9-1-2 start, skating to a 1-all tie Sept. 27 against the Cape Cod Whalers in their last outing and only losing to No. 9 Seacoast Performance Academy Sept. 26. North Jersey also has wins against Cape Cod, Rochester and the Rockets.
USA Boys 15U Tier 1
#29 New Jersey Rockets vs. #20 Rochester Coalition
Saturday, October 24 – 1 p.m.
Westchester, PA – Ice Line Rink 3
watch on LiveBarn
The Rockets enter this weekend’s Beast Series showcase with a 13-3-6 record and riding a three-game winning streak. Their last loss came against the No. 10 Buffalo Jr. Sabres by a 4-0 margin Oct. 4. They’ve won five of their last six games, dating to a 3-1 loss against the Boston Jr. Eagles Oct. 2. New Jersey also defeated Buffalo during that recent stretch and skated to a 0-0 tie against the sixth-ranked North Jersey Avalanche Sept. 1. The Rockets had one-goal losses vs. the No. 11 Mid-Fairfield Jr. Rangers and No. 33 Neponset Valley River Rats. These two teams met previously Sept. 1, with Rochester recording a 2-1 victory. The Coalition are 11-3-1 on the year and are 4-0-1 in their last five outings. Their losses have come against the No. 6 Avalanche (twice) and No. 39 Team Maryland. They have beaten No. 33 Neponset Valley, No. 35 North Suburban Wings and No. 38 Boston Hockey Academy.
USA Boys 14U 2006 Tier 1
#27 Valley Forge Minutemen vs. #18 Syracuse Nationals
Saturday, October 24 – 5:40 p.m.
Warminster, PA – Rink #1
Valley Forge brings a 5-4-3 record into the weekend and is coming off a 2-1 loss to No. 23 Team Maryland Oct. 18. The Minutemen were unbeaten in their five games leading up to that contest, going 4-0-1 and recording three shutouts. The shutouts included a 2-0 victory against the second-ranked Boston Jr. Eagles, a 0-0 tie vs. No. 25 New York Saints and a 3-0 win over No. 96 PAL Jr. Islanders. They have played a tough schedule to date, suffering losses to the No. 5 Bishop Kearney Selects, No. 9 Minuteman Flames and No. 17 North Jersey Avalanche. Valley Forge also tied the No. 22 Mid-Fairfield Rangers. Syracuse is 4-2-1, dropping its last two games against the New York Saints, 4-0 and 3-1, after handing the Saints a 4-2 setback Oct. 3. The Nationals opened the season by going unbeaten in their first five contests (4-0-1). They beat No. 37 Seacoast Performance Academy and tied No. 17 North Jersey during that stretch.
USA Girls 16U Tier 1
#3 Little Caesars vs. #5 Pittsburgh Penguins Elite
Saturday, October 24 – 8 a.m.
Fraser Hockeyland – Fraser, MI
watch on LiveBarn if not blacked out
For this weekend’s marquee girls’ matchup we leave Pennsylvania and head to the Detroit area, where No. 3 Little Caesars will take on the Pittsburgh Pens Elite in a top-five 16U tilt. Little Caesars brings a sparkling 13-0-1 record into this contest, with the lone blemish a 3-3 tie against No. 2 Minnesota Elite Grey Oct. 16. They have outscored their opponents, 65-15, and recorded seven shutouts. LC has knocked off the Nos. 6, 8 and 9 teams so far and has 11 victories against teams in the top 26. Pens Elite is 4-2-2 on the young season and is unbeaten in its last three outings (1-0-2). The team’s lone losses have come against the No. 6 East Coast Wizards and No. 9 Selects Academy at Bishop Kearney. Pens Elite beat the 19th-ranked Niagara Jr. Purple Eagles, No. 9 Selects (twice) and No. 24 Bay State Breakers. They also have two ties vs. Selects Academy at BK and have outscored their opponents, 28-15.