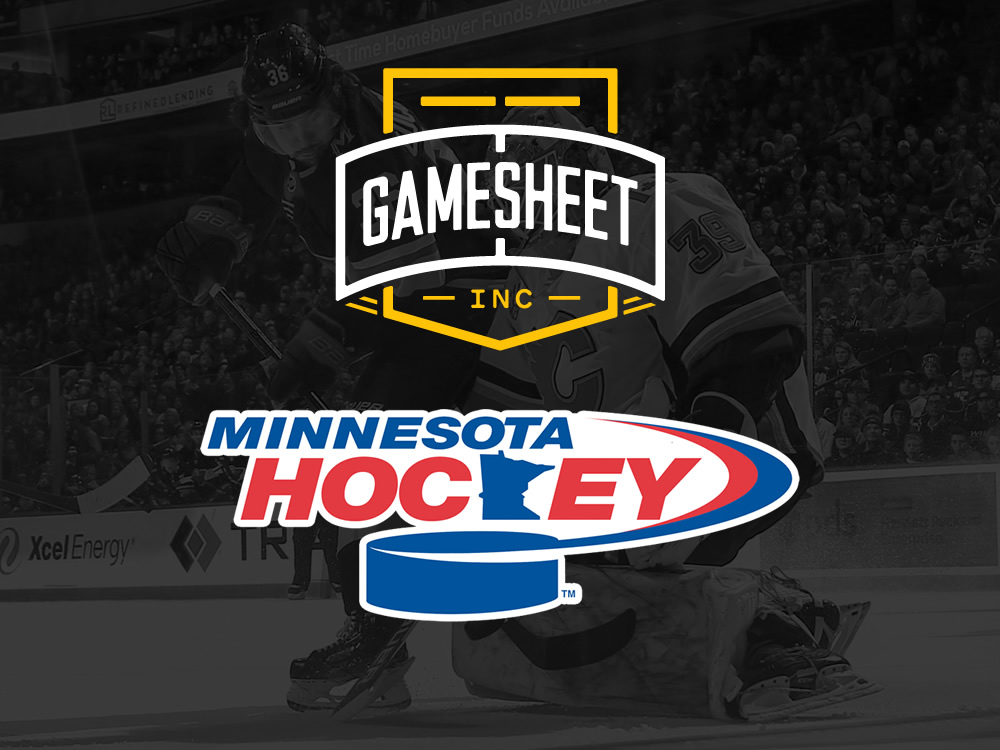 GameSheet Inc, the most trusted name in digital scorekeeping and league management, is pleased to announce the signing of a Pilot Contract with District’s 4 and 6 of Minnesota Hockey to score games for over 300 Teams.

GameSheet operates an innovative hockey scoring platform whereby the traditional paper scoresheet has been transformed into a mobile app allowing scorekeepers to intuitively score the game on an iPad and produce an official signed scoresheet.

Shortly after meeting with the Executive Team of Minnesota Hockey and the Affiliate Directors, District’s 4 and 6 moved quickly, signing agreements to utilize GameSheet for the 2020-2021 Season.

Steve Feinberg, who heads up GameSheet’s US operation, is thrilled about the new opportunity.

“Being awarded this pilot is a huge step forward for us and is tacit evidence of the quality of our scoring platform and capabilities considering the stature of Minnesota Hockey across the global hockey community. We’re confident GameSheet will pass this test, serving as a building block for a bright future with Minnesota Hockey. ”

“GameSheet is a slick solution – no one has to mess around with paper or data re-entry. Stats and standings automatically update from the scorekeepers booth with official game results. Most importantly the solution satisfies demand for timely and accurate game data for Minnesota Hockey families.”

Speaking of timely game updates, GameSheet is bringing Live hockey to those who can't get in the rink starting November 14.

In addition to their flagship product - generating a signed digital score sheet, the new Live Scoring feature will broadcast a live feed of game events from the App in the scorekeeper's booth to phones, tablets, and desktops — just like the NHL app! Using the GameSheet App eliminates the need for a parent to Live Score the game and the data is official, allowing families to sit back and enjoy their hockey experience

Leagues, Teams and Events will be able to provide a Live scoreboard to their members along with a real time game summary. Folks affected by Covid 19 will be able to remotely follow live game action regardless of rink restrictions and without risk to personal health.

About GameSheet Inc:
GameSheet Inc provides scorekeeping, league management and reporting tools to sports leagues around the world. Their state-of-the-art iPad scoring app has been used to score hundreds of thousands of games from Tykes to Junior A and is trusted by some of the world’s largest hockey associations including the OMHA and BCHL. The GameSheet system provides Hockey Canada and Hockey USA approved digital score sheets, advanced reporting and league management tools, stats, standings and scouting reports.

GameSheet Inc., the trusted source for digital scorekeeping since 2013.