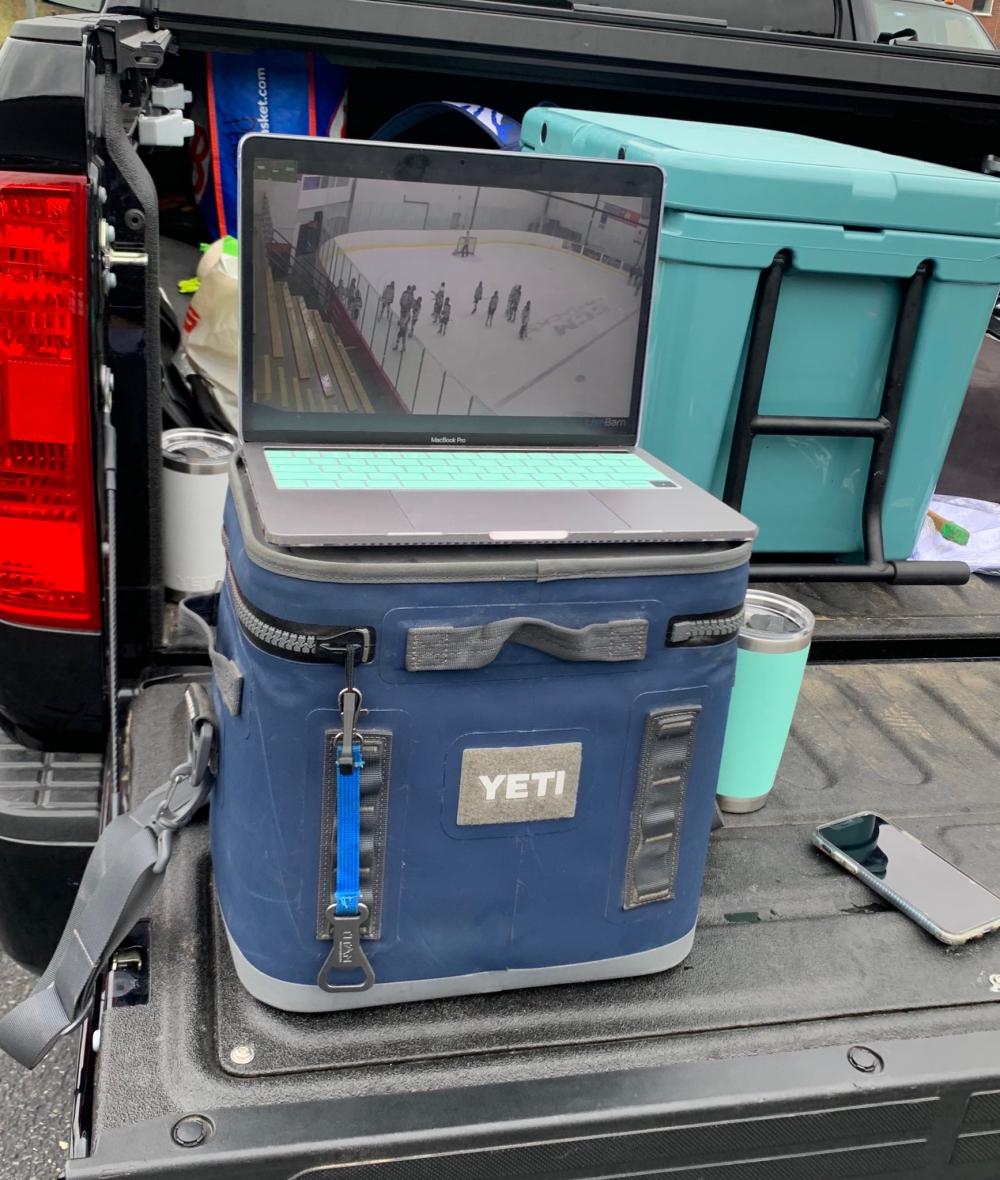 It was amazing to see social media come to life over the weekend with photos and videos of kids playing hockey in different parts of the United States. While our strange and unprecedented summer provided opportunities for many young players to skate in small groups and play in scattered tournaments, this was the real deal.

After months of uncertainty, the 2020-21 youth hockey season is officially underway, and that’s great. But it’s also bittersweet.

Bittersweet because in some areas of U.S. and much of Canada many kids still sit on the sidelines waiting for their opportunity to get back on the ice. There are areas of the United States where teams have yet to hold tryouts and where leagues have shut down and will be revaluating their situation at a future date. And in parts of Canada it’s uncertain whether there will be any 5-on-5 hockey in the near future.

From a personal perspective, as a parent of two college athletes – a hockey player and a lacrosse player who only got to play four games last spring – whose seasons are hanging by a thread, it also was a bittersweet weekend.

Watching college and high school football games being played in other parts of the country in front of spectators was exciting and provided hope. Maybe a Jan. 1 start date for American college hockey is reasonable, and maybe by the time spring sports roll around things will be closer to normal.

But it also was frustrating to see those kids getting to play while mine, who worked just as hard to get where they are, right now are hoping to just be able to practice and be around their teammates. I’m sure many youth hockey parents on the outside looking in can relate to those mixed emotions.

It was heartwarming to see photos and videos from around the rinks. Videos posted on social media showed games being played in some venues with fans wearing masks and families socially distanced from each other. In other locations we saw photos from rink parking lots with parents gathered around their vehicles tailgate-style watching  their kids’ games via LiveBarn on computers, large monitors and televisions.

On the flip side, while watching college and high school games, I noticed that nearly every time a camera panned to the crowd there were fans without masks or with their masks pulled down yelling and cheering. Likewise, when the cameras focused on the sidelines, often there were players in street clothing – presumably injured – with masks pulled down shouting encouragement and congratulating teammates. This continued after the game as players and coaches poured onto the field to congratulate each other or acknowledge their opponents.

For the sake of hockey and sports everywhere, here’s hoping that hockey families can be better than this.

Whether you are in favor of wearing masks that designed to help protect against the spread of COVID or not is entirely up to you. This isn’t a political forum, and you won’t be judged here. What is important, however, is to be a good human being and think about others when you head to the rink.

Anybody who is playing sports anywhere right now is under the microscope.

The physical and psychological benefits for kids who are able to participate in athletic activities, be active, interact with teammates and compete are well-documented. The potential negative effects on kids who are not able to be active and socialize with their peers also is well known.

As someone who tried to provide every opportunity and outlet for my own kids to be active growing up – and who tried to make it to every one of their games no matter where or when it took place – I get it. Being able to see my kids compete usually was the highlight of my week, and the memories they created through athletic competition are cherished and hold a special place in my heart and mind.

Seeing my daughter have her freshman college lacrosse season cut short after her team got off to a 4-0 start and earned a No. 3 national ranking was heartbreaking. My heart ached for her and the rest of the team, especially her senior teammates and the coaches. It left a huge void in my life not being able to see all the hard work she put in for so many years finally pay off. And I missed the whole experience of driving to her games being able to watch her show so much joy doing what she loves.

So, I know exactly how important sports can be to kids and their parents. In fact, when my son was drafted by teams in two Tier 2 junior hockey leagues I actually left my job as an college assistant athletic director because having to work home events 75 nights and weekends a year was going to make it nearly impossible for me to ever see him play in person and very hard to watch my daughter finish out her high school athletic career.

Having the ability to be there to support them and watch them play was – and still is – extremely important to me. Families make many sacrifices in allowing their kids to pursue their athletic dreams, and the journey demands a large commitment of time, patience and energy from everyone. It’s all hands on deck along the way, so when they achieve their athletic goals you want to be there to enjoy that experience with them.

Of course, you also want to be there with them every step of the way as they progress toward living their dreams. My family has been where many of you are right now, so I completely understand how important the athletic experience can be for everyone involved. Please remember that as you head to the rink this weekend, next weekend or next month – whenever your local government and league allow play to begin.

The hope is that those of you fortunate to have kids playing hockey right now or in the weeks ahead will understand that the future of hockey for other kids and families around North America might rest in your hands. You can be assured that the leagues and locales taking a wait-and-see approach to getting started are going to be watching closely to see how this first month goes.

Obviously they’ll be watching to see if there are any COVID spikes or outbreaks related to youth hockey starting up in specific locations, but they will be studying other factors as well. Are coaches and players following state, local and governing-body guidelines? Are rinks enforcing safety rules and protocols? Are families doing what they are supposed to be doing and not giving rink staff and others enforcing policies a hard time?

Keep in mind that every video you share and photo you post tells a story. Shots of people gathered around a tailgate not socially distanced and not wearing masks send the wrong message and demonstrate a lack of concern for the current situation. The same goes for images of spectators sitting too close in arenas while not wearing masks, players hugging and celebrating after goals and teams gathered in a huddle listening to a pep talk from a coach who isn’t wearing a mask.

One thing this pandemic has shown us is that one ill-advised photo or video that ends up on the wrong feed or timeline can generate thousands of impressions and lead to unforeseen and very serious consequences. We don’t want rinks, games or tournaments shut down because someone had to show the world that their kid was playing hockey, and we certainly don’t want other kids and families to be deprived of the opportunity to return to the rink because a few groups of people can’t do the right thing.

While it’s important to keep these things in mind when posting on social media, the reality is that if everyone is following the rules and doing what is being asked,  you should be able to post anything you want without fear of repercussions.

This isn’t just about you or your kids anymore. It’s about being a good person and showing that you care about the sport and the thousands of other young players around the continent who just want their chance to play. It’s about respecting the rink personnel who are simply trying to do their jobs and have the ability to make a living. It’s about us as adults sending the right message to those who look to us for guidance and follow our lead.

One of hockey’s greatest lessons is the value of teammates accepting their roles and working together to help the team perform at a level that is greater than the sum of its parts. Together, if we are all on the same page and pulling in the same direction, we can make sure that young people all over North America can return to the ice and play the sport they love sooner rather than later.

If a few players on the team don’t buy-in to what the coach is asking for during a game, that often leads to an unfortunate outcome. Similarly, just a few of us not playing by the rules that have been established by state and local governments, ice rinks and hockey’s governing bodies can lead to the most unfortunate outcome of all: no hockey for thousands of kids.

Even if you don’t agree 100 percent with the rules and restrictions that have been put in place in your area, in the spirit of hockey, please strive to be a good teammate. Look at it this way, a minor inconvenience for you and your family might help thousands of other kids and their families get to do what they love.

We have always been a close-knit community with a history of coming together during difficult times to help out other members of our hockey family. This is no different. We are all in this together and all want the same thing.

Do it for the team.