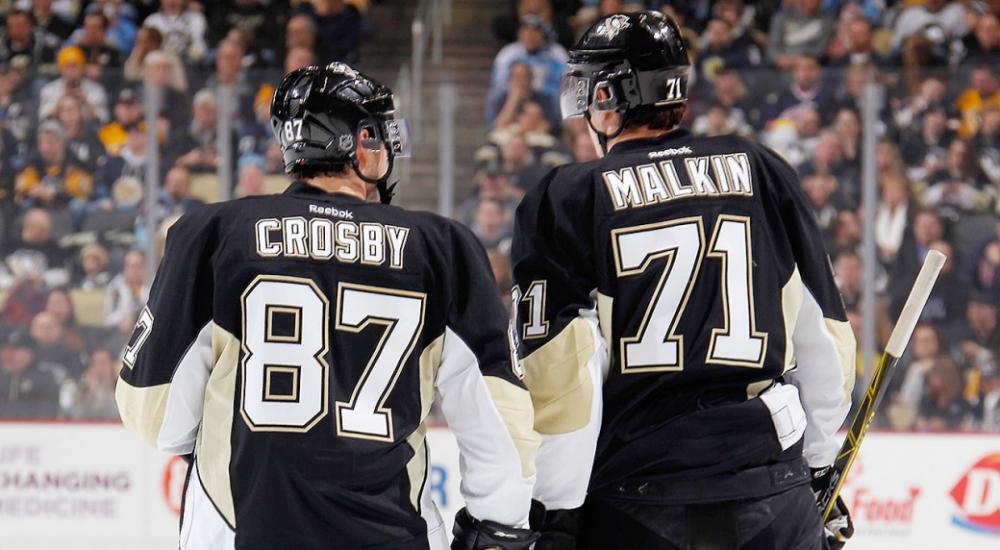 For at least another day it looks like fans will be treated to March Madness-style hockey coverage in August.

While the Carolina Hurricanes looked like a team to be reckoned with in their three-game sweep of the 11th-seeded New York Rangers, shutting down New York’ vaunted high-scoring duo of Mika Zibanejad and Artemi Panerin, they are the only team to assert their dominance thus far during the reformatted National Hockey League Playoffs.

That means more hockey for all of us, which is good news.

It also means that two No. 12 seeds will be on the verge of big upsets Friday evening with both the fifth-seeded Pittsburgh Penguins and Edmonton Oilers trailing their series, two games to one. They could be joined by the high-powered Toronto Maple Leafs in facing elimination Friday as the No. 8 Leafs and ninth-seeded Columbus look to break their 1-1 deadlock tonight at 8 p.m. Eastern time.

The task for each of those teams – if the Leafs fall tonight – is made more daunting considering that all three dropped the first games of their series, and NHL history dictates that the team winning the first game of best-of-five series has advanced better than 80 percent of the time.

Adding to the intrigue is the performance of the NHL’s top regular-season team, the Boston Bruins, who finally showed signs of life in the second half of their round-robin game against Tampa Bay. Despite rallying from a two-goal deficit, though, Boston dropped that game, 3-2, to fall to 0-2 in the tournament. That eliminates the Bruins from being able to finish as the top seed in the Eastern Conference.

Meanwhile, the Lightning are on top in the East despite failing to hold a pair of two-goal leads and shaky performances from goaltender Andrei Vasilevskiy, who has held his opponents to four goals in two games – defeating Braden Holtby and the Capitals 3-2 in a shootout in his other outing – but also has surrendered several leaky goals.

If the Flyers defeat the 0-1-1 Capitals Thursday, that would set up a battle for all the marbles in the East between Philly and Tampa Saturday. While most of the round-robin games have been high-paced, they haven’t featured the intensity or physicality of the best-of-five matchups. That likely would change Saturday if the Flyers and Bolts are playing for the top seed.

Over in the Western Conference round-robin, top-seed Colorado needed a literal buzzer-beater from Nazem Kadri to knock off the defending-champion Blues, 2-1, before skating to a dominant 4-0 victory against Dallas. The Avs have played fast and tough and used both goalies in surrendering just one goal during their first two outings.

Colorado and Carolina are two teams that seem to have hit the ice in full stride and should be extremely difficult outs the rest of the way. Similar to the scenario among the Eastern Conference round-robin teams, there still could be a game to decide the top seed in the West Saturday if Vegas, which beat Dallas, 5-3, in its opener, takes care of St. Louis Thursday.

First things first, though, Thursday night the Blue Jackets and Leafs face off in a pivotal Game 3 in Toronto, with each team already having recorded a shutout. In somewhat of a surprise, Joonas Korpisalo has been in goal from the start for Columbus, making 28 saves to record a 2-0 Game 1 shutout victory in his first career postseason start as the Mens Designer Jackets frustrated the Leafs’ vaunted top six.

Auston Matthews got Toronto on the board first in Game 2, with John Tavares also tallying, and Frederik Andersen was rarely tested in a 3-0 victory that saw Columbus send just 20 shots his way. Andersen has stopped 52 of 53 shots so far in the series.

Talent and firepower are never a question when it comes to the Toronto lineup. The Leafs’ ability to bear down and play a disciplined playoff style is what isn’t always guaranteed. Against Tortorella’s gritty defensive system it takes a conscious decision by a team to dig in and be willing to clamp down and play the same way.

Toronto displayed the fortitude necessary to win against Columbus in Game 2. If the Leafs can continue down that path and Andersen stays on top of his game, Toronto’s talent should propel the Maple Leafs past the Jackets and into the final 16.

The Leafs suffered a huge setback in the final moments of Game 2, however, when defenseman Jake Muzzin was taken off the ice on a stretcher after what appeared to be a freakish neck injury. He has been ruled out for the rest of the qualifying round.

Our pick was Columbus in five, and since we aren’t running for office and Muzzin is out, we’ll resist the temptation to waffle and stick with that.

The two teams hoping to stave off the Qualifying Round’s biggest-potential upsets, Pittsburgh and Edmonton, have everything it takes talent-wise to win two straight games and advance to the playoffs. Where the series diverge, however, is in the experience department

The Penguins also have championship pedigree to go along with the talent and depth advantage in their series, while on the other side of the bracket the upstart Blackhawks are the team with key veteran players such as Jonathan Toews, Patrick Kane, Brandon Saad, Duncan Keith, Olli Maatta and most important, goaltender Corey Crawford, who have won titles.

A two-time Stanley Cup champion, Crawford’s status for the postseason was uncertain pending his recovery from COVID-19, but he was on the ice practicing once the team got to the bubble in Edmonton and has given Chicago a huge lift with both his presence and his solid play in the first three games.

The Blackhawks’ less-experienced players such as Dominik Kubalik, Alex DeBrincat, Kirby Dach and Dylan Strome have produced and brought energy to supplement Toews’ postseason-leading five goals, while Edmonton has relied on superstars Leon Draisaitl and Connor McDavid, along with Ryan Nugent-Hopkins, to carry most of the load.

Kubalik turned the playoffs upside down almost immediately with a five-point effort in Game 1. Mike Smith had a disastrous first game in goal for Edmonton, allowing five goals before getting pulled in favor of Mikko Koskinen, who has started and split the last two contests against Crawford.

Chicago’s supporting cast has outplayed Edmonton’s thus far, and the Oilers role players have been sloppy and undisciplined throughout. McDavid, second in the playoffs in scoring with seven points, and Draisaitl (six points) have been good enough to keep Edmonton in all the games, but other than Nugent-Hopkins (seven points), the rest of the lineup has not stepped up and mostly has self-destructed with sloppy play and penalties.

On the other hand, the Blackhawks got a tying goal from Matthew Highmore late in a 4-3 Game 3 victory, with the game-winner going to Toews at the 18:44 mark of the final frame after the puck bounced in off of Oilers defenseman Ethan Bear. Crawford hasn’t made all the saves – Edmonton has scored 13 goals in the three games – but he has been better than the Oilers’ goaltending tandem.

It’s desperation time for Edmonton Friday. We will stick with our original pick of Edmonton to rally and take the final two contests, but that pick appears to be on very shaky ground.

We said heading into the postseason that the toughest decision for Penguins head coach Mike Sullivan would be which goalie to play. Thus far Sullivan has gone with his two-time-champion Matt Murray, who has had some amazing moments but lacked the consistency of Canadiens goalie Carey Price.

Price has been outstanding, and it is well documented what he is capable of when on top of his game. Fate seems to be on Montreal’s side as defenseman Jeff Petry has sniped two game-winning goals, one in overtime and one late in Game 3 from a bad angle with Murray on his knees cutting off a pass to the slot.

The Penguins have been dominant at times in this series, but have not gotten the bounces or finished while Price has stood tall. The experience, depth and talent continues to favor Pittsburgh, so again we won’t waiver on our initial pick even though the Pens can’t win in four as we predicted.

With the window closing on Crosby and Malkin’s chances of capturing another title, the dynamic duo should find a way to get the job done. But will the comeback include Murray, or will Sullivan go with Tristan Jarry? Sullivan has never shied away from making a goaltending change at a key time, so don’t be surprised if the youngster gets the call Friday.

In other series, Minnesota and Vancouver split their first two games, with Game 3 scheduled for Thursday and Game 4 set for 10:45 p.m. Friday. The Islanders lead Florida, which staved off elimination Wednesday, 2-1. Game 3 is slated for Friday at noon. Arizona scored a 4-1 victory over Nashville Wednesday and takes a 2-1 series lead into Friday’s 2:30 p.m. contest. Calgary can eliminate injury-depleted Winnipeg with a victory in their 10:30 p.m. Thursday tilt.

The start times for Friday’s key qualifying-round games are: