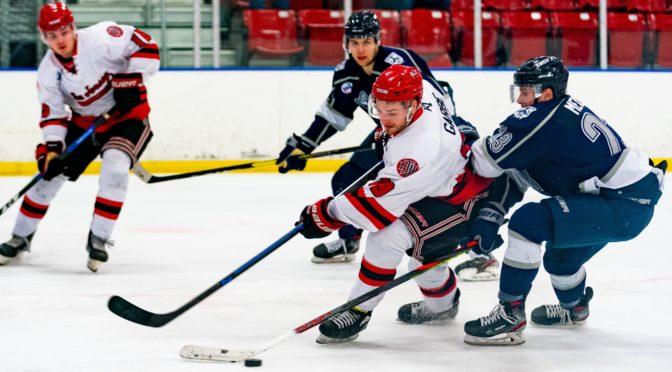 Playing Tier 1 or 2 Juniors is a Process

July 16, 2020
By Scott Lowe - DMVProspects.com
N.J. Titans Photo
It's that time of year again.
Every summer about this time, high-level junior teams around the United States hold “main camps” for up to 200 “invited” players who hope to play high-level, tuition-free hockey. Each team will invite the top 30 or so players from these camps to attend training camp in September and compete for spots on the final roster for the upcoming season.
The common misconception about these camps is that you can show up for three or four days, play well and make a team.
While that does happen in extremely rare cases (EXTREMELY RARE), the reality is that playing Tier 1 hockey in the USHL or at the Tier 2 level in the North American Hockey League (NAHL) or the National Collegiate Development Conference (NCDC) is the culmination of a process that often can take up to a year or 18 months to complete.
That process includes most or all of the following components: playing at a high level and being a dominant player for your club team, relationship building, sharing video, providing regular updates, being seen in person, communicating with coaches, playing well at a predraft camp, getting drafted or tendered, attending main camp, earning an invitation to training camp and proving on a consistent basis throughout the entire process that you are capable of playing at that level.
When it comes to the USHL, already being committed to an NCAA Division I program or drawing interest from schools at that level is huge help as well.
If you are playing AAA hockey – sometimes even AA hockey for the right program – or are attending combines, playing in showcases or participating in elite hockey programs that require an email address to register, there is a pretty good chance that at some point you will receive a “personal invitation” from a Tier1 or Tier 2 coach to attend a team’s main camp.
The vast majority of these invitations actually are mass emails sent to good players who happen to be on an email list that a team has acquired for the purpose of filling its main camp with as many paying customers as possible. Tier 1 and 2 organizations use their tryout camps as a way to fund their programs and provide a tuition-free opportunity to players, so while it’s important that they find strong players and put together a competitive camp, it’s also a high priority to make as much money off the camps as possible.
Most times, all you have to do is talk to your buddies or teammates to realize many – or all of them – have received the same “personal invitation.” But if you’re really not sure and want to find out, reply to the message and say something like this: