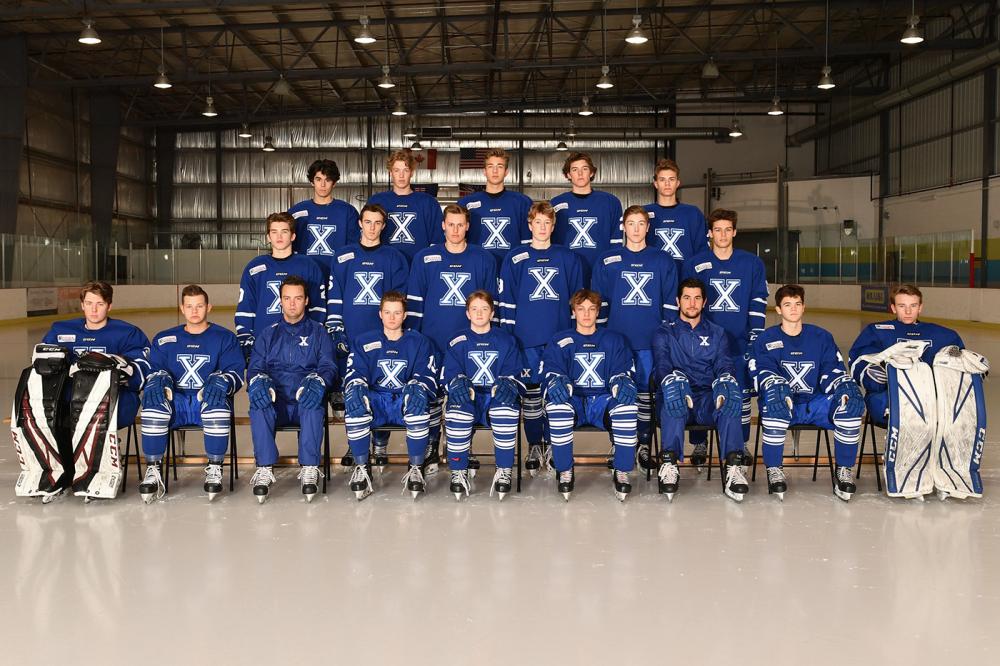 With the cancellation of league, district, provincial and national-championship tournaments as a result of COVID-19 restrictions, we thought it would be a nice reward to honor the teams in various regions around North America for finishing No. 1 in our final MYHockey Rankings for the 2019-20 season.

We will be spotlighting the top-ranked teams from around the continent over the next several weeks. Today we start with Western Canada Boys:

It’s hard enough for 11- and 12-year-olds to get out of bed on time for school 40 out of 46 days, so imagine how difficult it must be to get kids playing at the highest level of hockey available in that age group to win 40 out of 46 games.

Well, the Kelowna Rockets PeeWee AAA team in British Columbia did just that, going 40-5-1 to earn the MYHockey Rankings No. 1 ranking in Western Canada.

The Rockets also were the fifth-ranked team in all of Canada and had more left to accomplish when their season was cut short by the outbreak of COVID-19 throughout North America.

“We knew we were going to have a strong team this year,” Kelowna Minor Hockey Director of Hockey Development Quintin Laing said. “The previous year saw six first-years make the team, and that was one of the top teams in Western Canada. With those six players having a year’s experience playing PeeWee AAA and combining with 11 other very good second years in the lineup, it looked like they could have a very memorable year.

While the year certainly will be memorable for more than just hockey, unfortunately, the Rockets had more than enough time to make their mark before their season was halted.

Coached by Dima Lavrenov, Kelowna outscored its opponents, 297-99, in going 40-5-1 overall, and the Rockets posted an 8-0 record while outscoring their opponents, 52-21, in their local league in earning a berth in the provincial championship tournament. They defeated Kamloops, 15-2 and 6-2, in the playoffs to secure that provincial tournament bid.

The Rockets’ defense was led by Blake Fiddler and Callum Stone, who could both score and prevent goals. They combined with the goaltending tandem of Connor Nicolson and Jaleb Keus to allow two or fewer goals in 31 games, one or fewer in 19 contests and post two shutouts. Meanwhile, Max Finley and Chris Kilduff led the offensive charge.

Kelowna was in the midst of an eight-game winning streak when the season was halted after losing to the LA Jr. Kings, the USA’s No. 5 team. Two of the Rockets’ other four losses came at the hands of the Glenlake Hawks, ranked sixth in Western Canada, but they beat Glenlake once. The other two setbacks came at the hands of No. 2 Burnaby Winter Club and No. 4 North Shore Winter Club.

“The team was playing some of their best hockey going into Provincials,” Laing said. “They had an unbelievable record this season, and it was a treat to watch them play.”

For the Yale Hockey Academy Bantams, their amazing 54-9-0 overall record wasn’t even the team’s most eye-popping accomplishment. YHA outscored its opponents by a staggering 401-114 margin in earning the top Bantam ranking in Western Canada and all of Canada from MYHockey Rankings.

For any math majors, those totals represent an average score of 6.4 to 1.8 per game playing against the toughest competition in that age group in their region.

YHA concluded its season in the midst of a five-game winning streak in which they outscored opponents by a 39-5 margin. Yale posted 16 shutouts on the year and held opponents to one or fewer goals 33 times.

In the CSSHL Bantam Prep Division, Yale actually tied for first place with Delta Hockey Academy Green, which finished the year ranked No. 2 in Western Canada and overall in Canada with a 51-8-0 record. The two teams split eight meetings on the season, but YHA won three of the last four with a combined margin of victory of 22-7 in those three contests. Delta won the last time they played, 4-3, Feb. 23.

Zach Benson and Logan Wormaid, a pair of ’05 forwards, led YHA in scoring with 86 and 62 points, respectively in 30 league games. Emmit Finnie, another ’05 forward was next with 26-35-61. Benson paced the team with 30 goals, while Wormaid had 26 to tie Finnie for second on the team. Tanner Molendyk was the top-scoring defenseman with 9-46-55.

It was a banner year for both the NAX Minor Midget (15U) and regular Midget (18U) teams as both finished at the top of the MyHockey Ranking charts in Western Canada. The Minor Midget group also was No. 9 in all of Canada.

“Our midget programs attract strong players who push each other in training both on and off the ice, and it is incredible to see them come together against a common opponent,” NAX Director of Hockey Operations Tyrel Spitzer said. “The environment that has created, we find really helps accelerate the development and compete level.”

The minors outscored their opponents, 221-96 overall and finished 28-6-2 in CSSHL 15U Elite play, 14 points in front of second-ranked and second-place Rink Hockey Academy. The Xtreme outscored their opponents, 170-79, in league play. Unfortunately, the team’s season ended on a down note with a 7-3 loss to Calgary Edge School, the No. 11 team in Western Canada, halting a 13-game winning streak.

During that 13-game stretch, NAX recorded six shutouts, including four straight at one point, and held its opponents to one or no goals in seven-consecutive outings. Other losses came at the hands of the No. 2, 6, 13, 14 and 23rd-ranked clubs. The Xtreme beat every other top-10 team except Nos. 3 and 10, which they did not play.

“Success for this group looked a bit different each and every tournament or highlighted game,” Spitzer said. “Different athletes would step up for us throughout the year and have big performances. A lot of our 200-foot players, who are more defensively minded, really took steps and added to the team’s overall offense. Athletes who filled a number of different roles and strong goaltending, especially in the brightest moments, was a key to the group’s success.”

The NAX Midget team was even more dominant than the Minor Midgets, posting a 36-3-1 overall record to earn the No. 1 ranking from MHR in both Western Canada and Canada. The Xtreme also were the second-ranked team in Canadian prep school hockey, finishing behind St. Andrews Prep (40-6-2) of Ontario and just ahead of the Calgary Edge School (28-21-0).

NAX outscored its opponents in all games by a 249-65 margin and finished 15 points in front of Burnaby Winter Club Academy in the CSSHL Midget Prep race. The Xtreme outscored their opponents, 233-80, in league play.

“Success for us as always started in net, featuring the strongest goaltending in our division,” Spitzer said. “{Goaltending coach} Allen York does an incredible job instilling the confidence in our goalies to be consistent in all performances. Our Midget Prep team featured the deepest offense we’ve had in the prep division in our program, which matched with some elite puck-moving defenders made us difficult to compete with. These athletes are very close and supportive on and off the ice, which always is evident with successful teams. This group was skilled and talented throughout the lineup.”