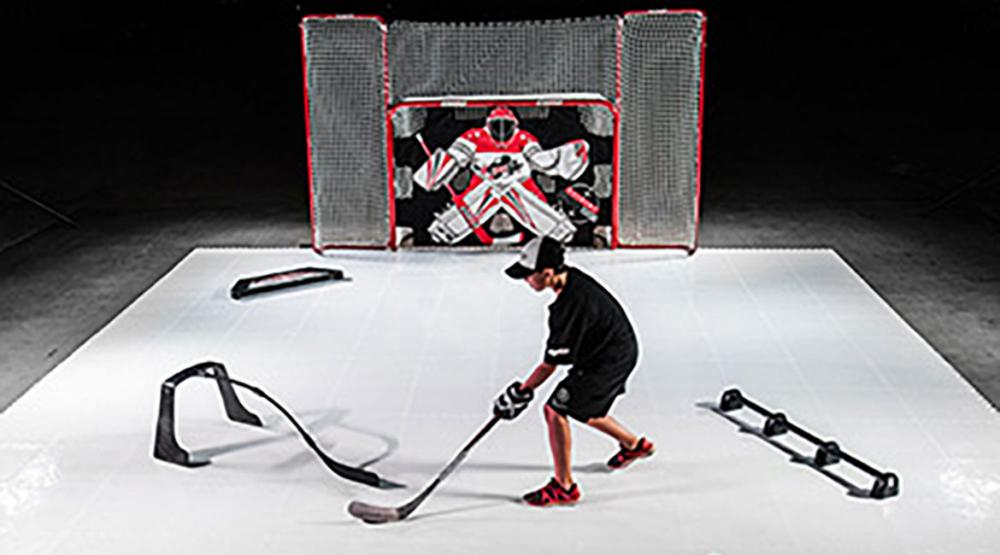 No Hockey? No Problem: Seize the Opportunity

There’s an old athletic saying that more or less goes like this: As an athlete, you’re never staying the same. You’re either getting better, or you’re getting worse.

It’s a relative statement that essentially means if you are sitting home playing video games while your teammates and opponents are at the gym – or at the rink – putting in work, they are getting better while your level of play and your fitness level are not improving. Hence, in relation to the people you play with and against, you’re getting worse.

So, while we miss hockey dearly as players, parents and fans, this can be a critical time for anyone hoping to step up to a new level or move to a new team during spring tryouts that should be just around the corner, but in most cases have or will be cancelled or postponed to a later, safer date.

Tryouts are going to be held at some point – or evaluations of some sort will take place, even if they are mostly video-based. But even if some teams are going to pick the majority of their players based on what they’ve already seen or using primarily video as some coaches have suggested in recent conversations, most teams are likely to leave at least a handful of spots open until they can actually see players they aren’t as familiar with skate in person.

"I think this is huge for a lot of kids," said Anthony Matarzzo, a coach with the Mercer Chiefs AAA program in New Jersey. "I think the drive to play hockey again will be enormous – especially if this continues past April 25."

No coach wants to make a mistake or miss out on a hidden gem in the rush to sign players for next year, which provides a tremendous opportunity for a motivated, hard-working player to leapfrog others he or she might be competing with during these uncertain and unprecedented times.

Just as it can be hard for mom and dad to get motivated to put in a full day’s work at home when all they have to do is roll out of bed and stumble to the kitchen or their home office, finding the motivation to put together and perform a legitimate off-ice workout or skills session without a coach or teammates around can be challenging for any young hockey player.

It takes a little creativity and ingenuity to come up with a good hockey-specific session. There likely will need to be time spent on the internet searching for information or reaching out to coaches and instructors who might be able to point a player in the right direction and help him or her locate programs that will be beneficial. And whatever the workout ends up being, it with will require the proper space – and possibly some equipment – since the goal is to get in shape, improve skills or maintain a certain level of fitness without destroying the house.

But most of all, to actually be willing to make the effort to put something together – and then execute it faithfully – takes drive, determination, focus and discipline. When we’re at home and distracted by siblings, pets, the television, the X-Box, the computer, the phone and a seemingly endless supply of food in the cupboard, it can be difficult to get up off the couch and get going.

But once you do it – and once you get into a routine – it becomes easier every time, and when you see the results, the effort will be more than worth it.

Usually this time of year a young hockey player has to spend eight or more hours a day at school, maybe a few hours practicing a spring sport or involved with some other extracurricular activity and time doing homework. That can leave little available time for a player to prepare for upcoming hockey tryouts.

While there still are school requirements that must be met – and education should always be the top priority – with distance learning in place for most students, there are fewer hours actually spent in a classroom environment and there is no time spent commuting, playing other sports or participating in school-related activities

Time can no longer be an excuse, and most young athletes crave some kind of physical activity and exertion to release pent-up energy, reduce stress and just feel better.

Finding the time right now shouldn’t be difficult, which provides young players with a great opportunity this year to be more prepared than ever physically and mentally for tryouts. And if a player is worried about finding a space where he or she can work out – complete lockdown situations notwithstanding – almost anywhere will suffice.

A basement, backyard, front yard, driveway, empty room or even an empty public park or unused public athletic fields (again if you are not required to stay in your house) all provide plenty of room and opportunity to complete a workout or skills session.

In addition to being able to improve their fitness and hone their skills, players also have more time to watch themselves on video and to develop an overall understanding of the game and grow their hockey IQ.

Now that we’ve eliminated all the possible excuses to NOT be active, here is something else to consider.

This little virus-induced break might be just what the doctor ordered, so to speak (no pun intended) for many young players. Of course, it would have been better for everyone to be able to complete their seasons, for playoffs and national-championship tournaments to be held and for everyone to be able to have the opportunity to finish what they started and strive for their team and individual goals.

Let’s be honest. Shutting down the season was a huge disappointment for so many.

On the other hand, the way youth and junior hockey are structured these days, often times a long, grueling season stretches well into march and can include as many as 60 to 85 games. The better your team and the deeper you advance in the postseason, the more games you play. Many high-school-aged players compete for multiple teams and might play 100 or more games.

Hockey by nature is tough on the body physically, and the grind of a long season can take a toll on a player mentally and emotionally as well. For players who advance to Nationals all the sudden it’s April, you’re 80 or more games into your season and now you have to play on the biggest stage of your life.

Then guess what? Tryouts for next year start a week after you get home from Nationals, and as you advance up the ladder and for players hoping to play at the highest level they can and ultimately to play at the NCAA level, those tryouts get more and more stressful and competitive each year.

It’s exhausting just to write or think about that kind of a schedule, much less to actually live through it. But that’s how youth and junior hockey have evolved.

Maybe by being forced to slow down, take a breath, get off the ice for and stop knocking each other around for a little while we might learn something about the sport and the young men and women who play it. Perhaps having a longer break from the mental and physical rigors that come with hockey these days – and more time to let the bumps and bruises heal and get the body ready to do it all over again – will allow young players to be more refreshed and fit than ever before heading into tryouts.

Maybe we’ll realize that holding tryouts so close to the preceding season and so far from the start of the next season really makes much less sense than allowing for a longer break from the sport followed by an opportunity for the players to build themselves back up and be at their physical and mental peaks for tryouts and the upcoming season.

We won’t know how this all works and if it will be better or worse than the system to which we have grown accustomed for a while. It might be weeks or months. Hopefully we are released back into the wild sooner than later and kids can get back to being kids again and we can all have our lives back.

"This is a horrific time for the world, but probably the best time for hockey as a sport," said Jon Lounsbury, a former professional player who is a youth hockey instructor and an NCAA DIvision I assistant coach at Holy Cross. "This is going to make young athletes come back hungrier and refreshed. It's going to prove that hockey doesn't need to be year-round. Even when I was playing pro, I never skated in the summer."

While it’s possible that we could be full-speed ahead with tryouts starting up by May or June, we possibly could be looking at tryouts that resemble more of an actual training camp in July or August. Either way, we can only make the best of the situation and be willing to learn from the lessons it teaches us.

How players handle these upcoming weeks or months could determine how their tryouts – and subsequently their seasons – go.

Don’t worry! We’ll be here for you – young or old, male or female, youth or junior player, high school or college player.

We will provide you with articles, ideas and creative ways to help you ease yourself back into physical activity – and then ramp it up as the tryout situation becomes more clear – and to help you actually improve your skills and your all-around game during this challenging time. There will be creative workouts to keep you your hockey muscles moving; drills you can do on your porch, deck or driveway; and video clips to help you see the game a little differently.

From there it will be up to you.

Remember, If you’re not getting better and someone else is, you’re really getting worse.

Most important of all, though, please be smart. Take care of yourself, stay at home, focus on school, try to be active and above all else, do your part to help flatten the curve.

We expect to see all of you right back here in a few days as we get this off-ice party started!