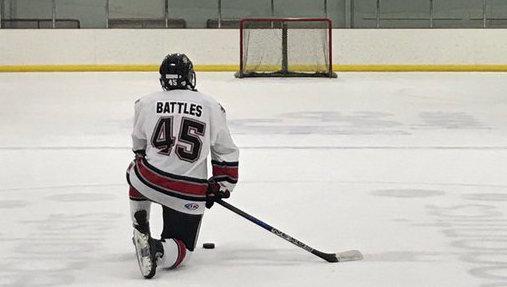 All Great Things Come to an End: A Tribute to Ashburn Xtreme 18U AA

This is an organic blog that will be updated with at least one story daily paying tribute to players, coaches or team that unexpectedly had their seasons cut short as a result of the coronavirus outbreak.

Like many young hockey players around the country, Ryan Battles graduated from high school last June with a year of 18U eligibility remaining. It’s at that point that many players choose to attend college and play club hockey, while others decide to go the junior route in hopes of someday playing at the NCAA level.

Ryan returned to his team, the Ashburn Xtreme, for one more shot at a trip to USA Hockey Tier 2 Nationals with his teammates and buddies.

A few weekends ago it looked like Ryan’s wish had come true.

Ashburn defeated the 27th-ranked Reston Raiders to capture the Virginia state championship and lock down its trip to Irvine, Calif., for Nationals. The wins came in dramatic fashion for the No. 29 Xtreme, who took the first game of the best-of-three series, 5-4 in a shootout, before winning the clinching game by a 3-2 margin.

It was the end of a remarkable run for Ashburn, which in early February appeared to be destined for second place in the Chesapeake Bay Hockey League standings before rallying to capture the regular-season title and then the postseason tournament championship as well. The Xtreme won another thriller in the CBHL finals, 2-1 in a shootout, against the eventual Maryland state Tier 2-champion Howard Huskies.

Talk about a dream season.

Many times when you come back for that one last hurrah it doesn’t work out as planned. Some kids have graduated and moved on, new kids move up from the 16U team and the chemistry is just never quite right. But for Ryan and his teammates, the experience was shaping up to be a real-life fairytale with the late surge to a regular-season title, the dramatic shootout win to capture the league crown and the state championship.

And then Nationals were cancelled.

In an appropriate decision made with the health and safety of its participants and their families at the forefront, USA Hockey decided to cancel all of its national championship tournaments last week. While not a surprising or illogical decision, it still left Ryan and his teammates – along with hard-working players all over the United States who had qualified – shocked and dumbfounded, looking for answers.

Unfortunately, there were none – at least not any that would make anyone feel much better.

Ryan got to skate with his teammates one more time in a scrimmage with Ashburn’s 16U team, which spent much of the season ranked No. 1 in the nation and also qualified for Nationals.

The photo above was taken after that last skate. It was not staged. Ryan did not know it was being taken. A young man with a lot invested in the sport he loves realizing that the end had come.

“The mom who took that picture texted it to a number of our parents, and it just had everyone in tears,” Ashburn parent David Courtney wrote in an email. “He just wanted a moment to himself and didn’t know he was being photographed. It was so poignant, because it was so relatable.”

Ashburn finished the year 39-16-6 and was 14-3-3 in its final 20 contests. It was quite a run, a year to be proud of and an experience that never will be forgotten by Ryan or any of his teammates.

Congratulations to Ryan Battles and the Ashburn Xtreme on a tremendous season. It hurts now, but you guys made memories that will last a lifetime.