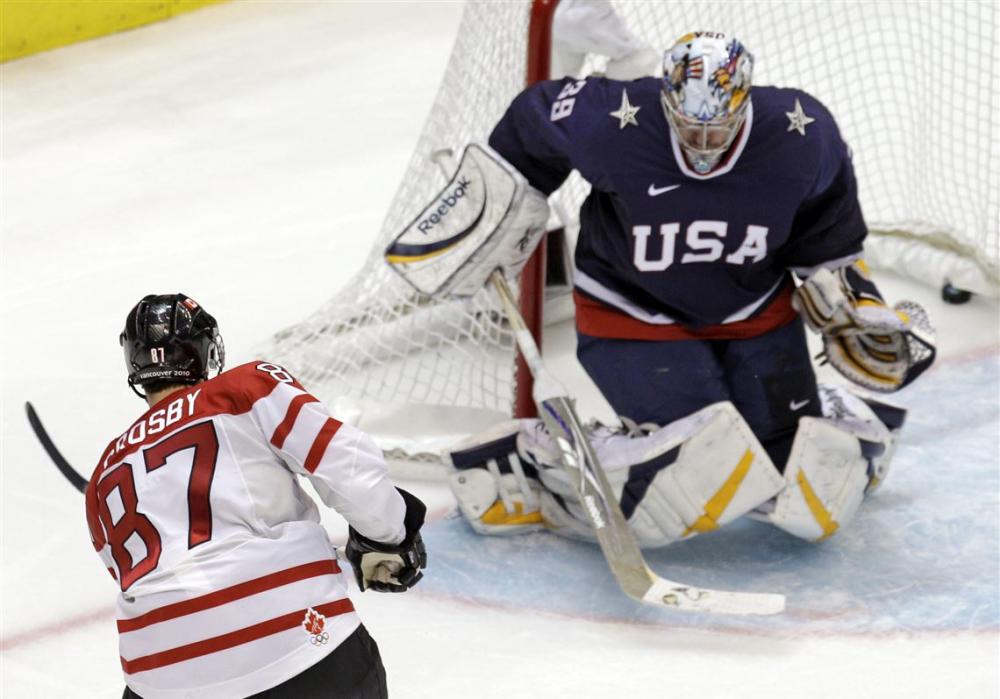 No Hockey? No Problem: All-TIme Great Games for Your Viewing Pleasure

No hockey? No problem!

This is the first in a series of articles – hopefully not a long series – intended to help our large audience of North American hockey fans, players and families weather the coronavirus storm.

Normally this is a time of year we look forward to with great anticipation, as the NHL regular season ramps up and the playoffs rapidly approach; junior, high school and youth championships and national tournament berths are decided; and college hockey conference tournaments determine which teams will compete for national championships.

But instead of seeing great hockey everywhere we turn, there is virtually no hockey to be found anywhere. North American professional leagues have suspended play, while almost every junior league has either suspended operations or shut down altogether. USA Hockey Nationals have been cancelled. Most Canadian league playoffs, provincial and national tournaments are suspended, postponed or cancelled. And some events a little farther off in the future may be in jeopardy.

In addition, many ice rinks have suspended operations and no one is really quite sure what the future holds when it comes to club team tryouts; spring and summer showcase events; and junior camps, combines and drafts.

All because of a virus.

But please understand that even though it’s a virus that may or may not be affecting us directly right this minute, the sacrifices we are making together are necessary to protect our friends, family and neighbors who might be more at risk than we are and to hopefully slow the spread and scope of disease to the point that it can be controlled and contained by our medical systems and personnel.

A short-term inconvenience is a lot more tolerable than a long-term shutdown or lockdown. So please, for the health and safety of everyone, follow all local and national mandates. If we all listen and follow the recommendations the best we can, it can make a real difference. But if only some of us make the effort, the likelihood of this crisis continuing and lasting much longer is considerably higher.

With that in mind, do not despair. We are going to provide plenty of hockey-themed suggestions in the days ahead to help you pass the time and get your hockey fix.

There are so many all-time great hockey games that can be found in their original broadcast formats thanks to today’s technology and websites such as YouTube that allow people and organizations archive, catalog and share their video collections. Every fan has his or her own memory bank of classic games featuring favorite teams or favorite players, but nothing beats the drama and excitement of international play – especially when heated rivals such as the United States, Canada and Russia (or the Soviet Union) square off.

With that in mind, below we have provided a list of some of the all-time great international contests that can be found in their entirety online (sometimes including the original broadcast glitches and interruptions), along with links to locate them.

Some of the selections, such as the Game 8 of the 1972 Summit Series between the Soviet Union and Canada and the 1980 miracle U.S. Olympic win over the Soviets, are no-brainers for any classic list. But you’ll also find some more obscure matchups – or maybe just incredible games that aren’t talked about or watched as frequently as some others.

And for those of you who might be on the younger side, we’ve included some great documentary-style features that will provide background and behind-the-scenes footage from some of the games to help you understand exactly why they were such a big deal.

Following the ’72 Summit Series classic, which features one of the most celebrated goals in the history of Canadian hockey – along with a tremendous documentary about the series – you’ll find a link to perhaps the most-often overlooked important game in the history of sports – the United States’ 1980 gold-medal-winning game against Finland.

After their historic 4-3 upset of the Soviets on Friday, Feb. 22, 1980, the Americans had to rally in a late-morning start against the Fins on the following Sunday to secure the gold. That fact often is lost in this miraculous story as many people only remember the Friday-evening upset and don’t recall that there still was work to be done. While this game is often overlooked, it was nearly as thrilling as the Soviet stunner and definitely worth a watch – especially if you don’t remember it or have never watched the game in its entirety.

That game is followed by with one of the most exciting and fast-paced games ever played – Game 3 of the 1987 Canada Cup finals, which featured a stacked Canadian team with names such as Lemieux, Gretzky, Borque, Messier, Coffey, Fuhr, Gartner and Hawerchuck facing off against many up-and-coming Soviets who would later join the NHL such as Larionov, Fetisov, Kasatonov, Kamensky, Nemchinov, Kravhcuk and Semenov.

Included with that game is a link to a phenomenal documentary about the dominant Soviet Red Army team and its captain, Slava Fetisov, who risked everything and paved the way for future generations of Russian players by making the jump to the NHL.

The best NHL international players really didn’t meet in a tournament format again for almost 10 years until the creation of the World Cup of Hockey in 1996. That tournament featured the U.S., Canada, Russia, Slovakia, Germany, Czech Republic, Finland and Sweden and was capped by a thrilling three-game championship series between Canada and the United States.

The U.S. team assembled for that tournament might have been the most talented and deepest in the nation’s hockey annals, including many future Hall of Fame-caliber players who were products of the rise in the sport’s popularity following the 1980 Olympics.

That event set the stage for NHL players to enter the Olympics in 1998, following a memorable ’94 Olympic Games in which Peter Forsberg’s infamous shootout goal lifted Sweden over the Canadians for the gold medal. No list of classic Olympic games in the NHL-player era would be complete without the U.S.-Canada 2010 gold-medal overtime classic and T.J. Oshie’s shootout heroics in 2014

And of course we couldn’t leave what has become international hockey’s fiercest rivalry off the list. Take a look as the Canadian and U.S. women each capture a gold medal in a pair of memorable games contested at the 2014 and 2018 Olympic Games.

Sit back and enjoy these games, and we’ll be back soon with some more hockey-related suggestions to help you pass the time during this difficult time.

Be safe and healthy and hang in there. We’ll see you back on the ice soon!

Do You Believe in Miracles? – HBO Documentary